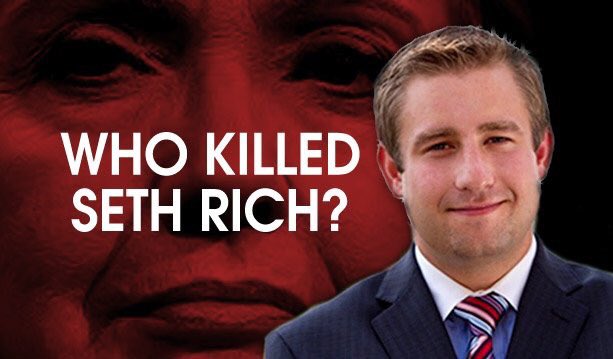 The source for the WikiLeaks-exposed DNC emails was reportedly a DNC staffer.

Wikileaks says their source for #DNCleak was a DNC staffer. Was it Seth Rich who got murdered last week? ?#Trumppic.twitter.com/MqdDDXsd7r

Earlier this month, 27-year-old DNC voter expansion data director Seth Rich was shot twice in the back and killed as he walked to his home in Washington, D.C. The killer did not take Rich’s wallet or cell phone.

Rich’s father, 68-year-old Joel Rich, said in an interview with The Washington Post that his son’s killing was “a waste.” “He wanted to make a difference,” Joel Rich said. “Politics was in his blood.”

To really make a difference – in a year when the DNC was rigging the election for Wall Street-funded Hillary Clinton and helping to defeat populist Bernie Sanders – it is very plausible that Rich would give the damaging DNC emails to WikiLeaks. For years, there have been qualified rumors that dozens of former Clinton associates have paid the price for providing evidence against the Clinton crime family with an untimely death.

With the Obama administration already giving Hillary Clinton a pass on perjury charges and her federal crimes relating to her illegal private email server, no one can expect a true investigation of Rich’s death – which seems to point right at the DNC.

Demand a real investigation into the murder of this man, Seth Rich. He may be the patriot America desperately needed to shine light on the complete corruption of Hillary and the DNC.