Did Karl Rove Really Call for Repeal of the Second Amendment? 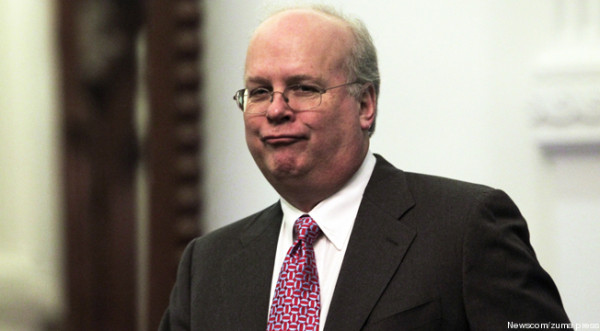 (mediaite) A casually tossed-off comment from Karl Rove on yesterday’s edition of Fox News Sunday has captured the attention of both sides of the political divide today. The Daily Caller’s headline reads, “Karl Rove: Only Way To Stop The Violence Is To Repeal Second Amendment.” Over at Salon, it’s “Karl Rove’s Second Amendment shocker.”

But was the Bush administration adviser and American Crossroads Super PAC founder actually saying he wants to see the Second Amendment repealed? Upon further review, the answer is almost certainly “no.” But that doesn’t mean his words won’t have an unintended impact.

Below is the full exchange in question:

Chris Wallace: Karl, whether you agree with the president on gun control or not, you certainly have to agree with him that we see these cases of mass violence way too often and we see them more often in the United States than in other advanced countries. And I mean, you know, you are in a position to say, what do we do about it whether it’s government, whether it’s community, whether it’s family, how do we stop the violence?
Karl Rove: Well, I wish I had an easy answer for that. I don’t think there’s any easy answer. We saw an act of evil, racist, bigoted evil. And to me, the amazing thing about this is it was met with grief and love.
And think about how far we’ve come. 1963, the whole weight of the government throughout the South was to impede finding and holding and bringing to justice the men who perpetrated the bombing and here we saw an entire state, an entire community, an entire nation come together grieving as one, united in the belief that this was an evil act.
So, we have come a long way. Now, maybe there’s some magic law that will keep us from having more of these. I mean, basically, the only way to guarantee that we would dramatically reduce acts of violence involving guns is to basically remove guns from society, and until somebody gets enough oomph to repeal the Second Amendment, that’s not going to happen. I don’t think it’s an answer.
Rove went on to cite other “warning signs” from the Charleston shooter that could have tipped off his friends, family and authorities before he decided to bring a gun into the Emanuel African Methodist Episcopal Church last Wednesday night.

But while Rove undoubtedly said “the only way to guarantee” a dramatic reduction in mass shootings is the “repeal of the Second Amendment,” he quickly added, “that’s not going to happen” and “I don’t think it’s an answer.” In other words, not only is it not politically feasible, but it would not be his preferred solution to the problem even if it was.

But it is still remarkable that Rove, unlike any other major conservative figure — not to mention the vast majority of liberals — was even willing to admit that a nationwide repeal of the right to bear arms would in fact reduce shootings.

Many other commentators explicitly defend gun rights by saying even the strictest laws would not make a difference because criminals would still manage to get their hands on guns. Of course, that’s like saying we might as well not have any laws at all, because bad people will do whatever they want regardless.

Though they were made on Fox News and not in the Supreme Court, Rove’s words are reminiscent of comments made by another powerful conservative figure on an equally divisive issue more than a decade ago.

10 years later, Scalia’s prediction was borne out when the Supreme Court deemed the Defense of Marriage Act unconstitutional in United States v. Windsor. This time, in his dissent, he wrote that after striking down the federal law, “How easy it is, indeed how inevitable, to reach the same conclusion with regard to state laws denying same-sex couples marital status.” It was that section that U.S. District Judge Robert J. Shelby cited in his 2014 ruling that gave same-sex marriage rights to couples in Utah.

Like Scalia, Rove is posing a hypothetical that he sees as hyperbolic and unrealistic. But if, down the line, enough of the American people and their representatives finally agree that we should be doing whatever we can to “guarantee that we would dramatically reduce acts of violence involving guns,” then Rove has inadvertently given them the solution: repeal the Second Amendment and effectively “remove guns from society.”