Black Israelis Are Standing Up To Police Brutality 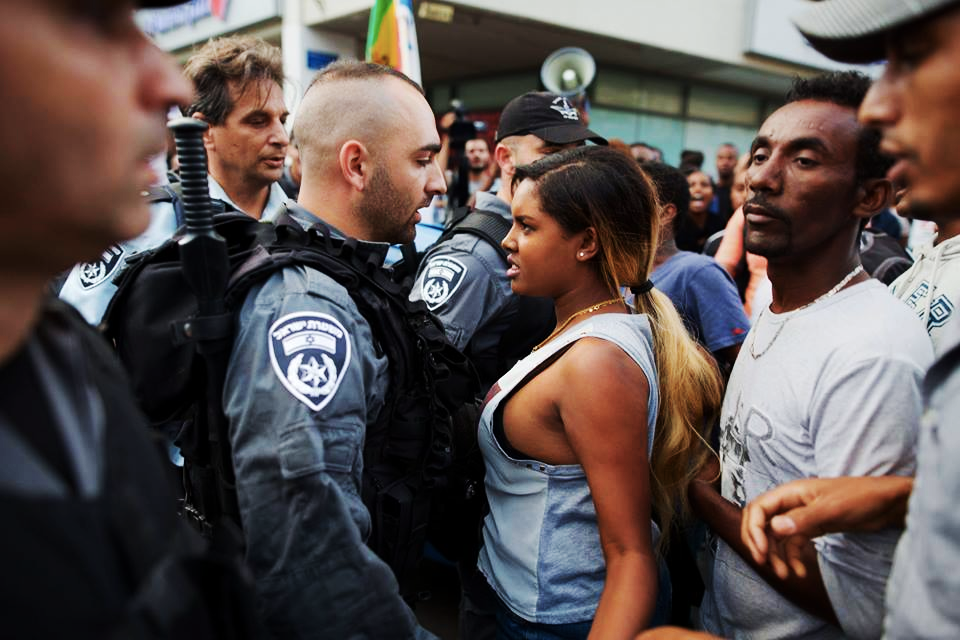 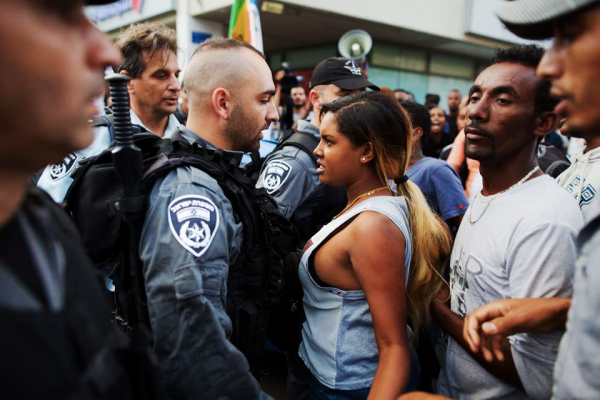 (countercurrentnews)Ethiopian Jews in Israel have been taking to the streets for months now to protest police brutality.

The international community has largely ignored the Israeli citizens of Ethiopian dissent, in part because Jewishness is largely looked at as a “white” phenomenon in Western media. Ethiopian voices of protest continue to be marginalized and silenced by omission. To fight back and make sure their voices are heard, anti-police brutality and social justice protesters are keeping the heat on in Israel.

Just last Monday, the protests turned violence when Ethiopian Israelis in Tel Aviv refused to back down to police intimidation.

The Israeli police arrested nearly two dozen protesters, and blocked off roads so that no passersby could see the police response to what had been peaceful protests.

The protest, like others before it, was comprised of hundreds of Ethiopian Israelis who say they are taking a stand against “the police’s racist attitudes toward their community,” according to Israeli news source Ha’Aretz.

They also say that they are protesting a recent decision by Attorney General Yehuda Weinstein to close a criminal investigation into a cop who brutalized Ethiopian IDF soldier Demas Fekadeh.

In Israel, IDF service is mandatory and does not necessarily reflect the political leanings of the individual in uniform. While there are many brave resisters who take their prison time rather than joining the IDF, there are even more who just keep their heads down and do their time in the IDF even though they disagree strongly with the Israeli government, as well as forced military service.

But leading up to this most recent protest, Israeli soldiers of Ethiopian descent organized an online petition, and call to other Ethiopian Israeli Jews to ditch the IDF and “abandon the system that has abandoned you.”

The Ethiopian protesters marched through the streets and even laid down in the juncture of Kaplan Street and Menachem Begin Road, a major intersection. The one demonstrator who refused to get up was arrested and taken into custody by police.

But that’s when officers told them all to disburse, even though the rest were not blocking traffic. When they refused, the police got violent, as they do at so many protests in Israel.
Demonstrators waved flags that spoke out against racism, saying things like: “Violent police should be locked up,” while they chanted phrases like, “We’ve had enough, we’re a new generation.”

Desla Takla, one of the demonstration’s organizers, said into a microphone that even more will join them in future actions.

“Guys, be patient. Loads of people are on their way here,” he yelled. “We are going to make history again. We are praying for better days for our community.”

“We are not enthusiasts of protests, but we are unwilling to remain silent. The attorney general closed the case against the policeman, and we will continue protesting until that case is opened,” Takla added.