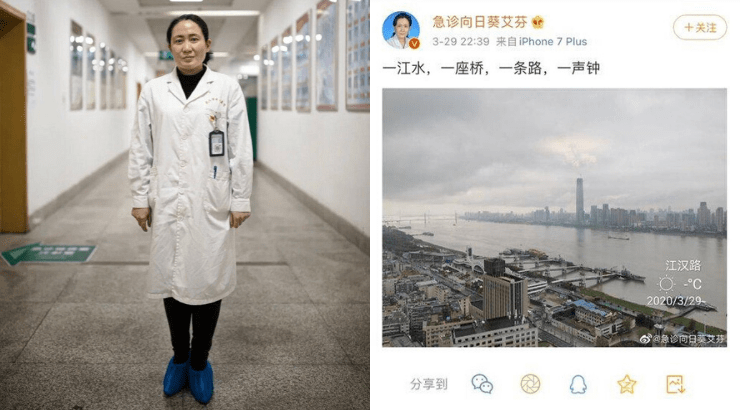 Chinese whistleblowing Wuhan doctor Ai Fen, who claimed Beijing prevented her from warning the world about COVID-19, has mysteriously disappeared, according to an investigation by 60 Minutes, Australia.

Besides Chinese doctor Li Wenliang, Fen was one of the first to notice a steady stream of patients with pneumonia-like symptoms in Wuhan before Beijing declared the COVID-19 outbreak. Fen is the Director of the emergency department at Wuhan Central Hospital, told a Chinese media outlet in February that the government silenced her for bringing awareness to the localized virus outbreak that would eventually spread across the world.

Wuhan hospital officials punished Fen after she posted test results of a patient that was suffering from Severe Acute Respiratory Syndrome (SARS)-like coronavirus on WeChat before COVID-19 was declared. That image went viral in China.

“Just two weeks ago the head of Emergency at Wuhan Central Hospital went public, saying authorities had stopped her and her colleagues from warning the world,” 60 Minutes Australia reported on Sunday.

Just two weeks ago the head of Emergency at Wuhan Central hospital went public, saying authorities had stopped her and her colleagues from warning the world. She has now disappeared, her whereabouts unknown. #60Mins pic.twitter.com/3Jt2qbLKUb

After the 60 Minutes episode aired, Radio Free Asia (RFA) said a cryptic message was published on Fen’s Weibo account. It consisted of a picture overlooking Wuhan, with text that read: 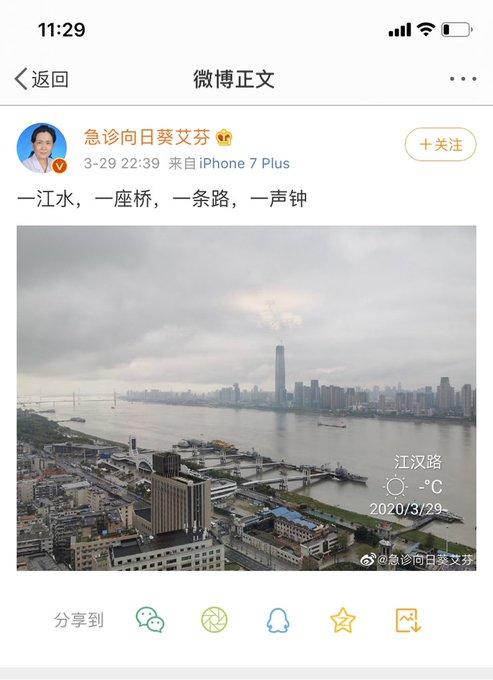 RFA notes that it was Fen’s “first since March 16, when the account posted to thank everyone for their concern about Ai and to reassure them that she was back at work as usual.”

Concerns over Fen’s whereabouts were sparked after she wrote a now-deleted essay in February tilted “The one who supplied the whistle” in China’s People (Renwu) magazine, describing how the government silenced her after she raised awareness of the “SARS coronavirus” before Beijing declared an outbreak. 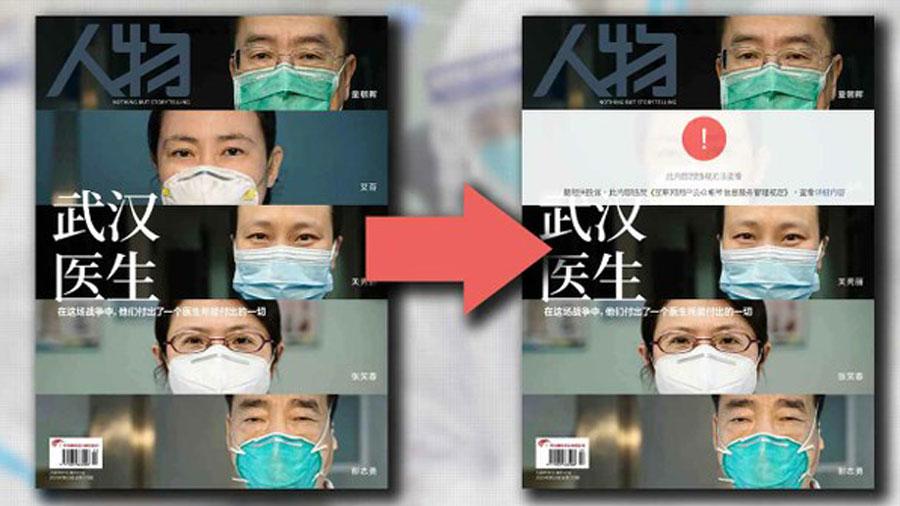 RFA could not “verify Ai’s whereabouts independently.” There are concerns that the doctor has been detained by the government for speaking out about the virus:

“Detainees in police or other official custody have been known to have their social media accounts updated, either by themselves acting under orders from the authorities, or after police gain access to their devices.”

And it hasn’t been just Beijing trying to keep virus developments under wraps, Fox News’ Tucker Carlson blamed the World Health Organization on Tuesday night for aiding China in the cover-up.