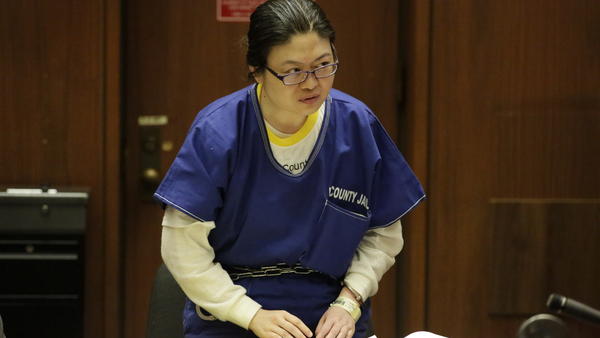 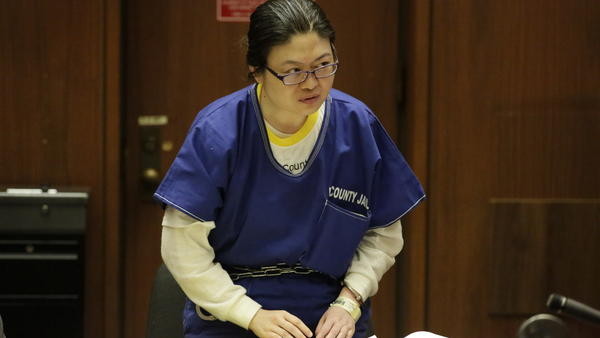 judge on Friday sentenced a Rowland Heights doctor to 30 years to life in prison for the murders of three of her patients who fatally overdosed, ending a landmark case that some medical experts say could reshape how doctors nationwide handle prescriptions.

The sentence came after a Los Angeles jury last year found Dr. Hsiu-Ying “Lisa” Tseng guilty of second-degree murder, the first time a doctor had been convicted of murder in the United States for overprescribing drugs, the district attorney’s office said.

Superior Court Judge George G. Lomeli said before sentencing Tseng that she had attempted to blame patients, pharmacists and other doctors rather than take responsibility for her own actions.

See the most-read stories this hour >>
“It seems to be an attempt to put the blame on someone else,” he said. “Very irresponsible.”

“I’m really terribly sorry,” she said, before addressing the courtroom audience, which was crowded with victims’ relatives. “I have been and forever will be praying for you. May God bless all of you and grant comfort to all who have been affected by my actions.”

April Rovero, whose son, Joey, died after mixing alcohol with Xanax and oxycodone he had obtained from Tseng, sat expressionless, listening to Tseng’s first public show of remorse.

“It feels too late,” Rovero said outside the courtroom. “But it was better to hear something than nothing.”

Rovero, who founded the National Coalition Against Prescription Drug Abuse after her son’s death, praised the judge’s decision.

“Justice has been served,” she said.

Tseng, 46, who was a general practitioner, is among a small but growing number of doctors charged with murder for prescribing painkillers that killed patients. A Florida doctor was acquitted of first-degree murder in September.

Some experts fear that Tseng’s conviction will usher in a precarious new reality — a scenario in which doctors fearful of prosecution are hesitant to prescribe potent painkillers to patients who need them.

Attorney Peter Osinoff, who represented Tseng before the state medical board, told the judge during Friday’s hearing that the doctor no longer represents a danger to society since she surrendered her medical license in 2012.

The trial had already had a “deterrent effect” on other doctors and has captured the medical community’s attention.

“More primary care physicians no longer accept or treat chronic pain patients in their practice,” he told the judge.

“The doctors are scared out of their minds,” he said. “The pendulum has swung so far. The people who need [pain medication] can’t get it now.”

Other medical experts have echoed his concerns since Tseng was charged in 2012.

“When you use the word ‘murder,’” said Dr. Peter Staats, president of the American Society of Interventional Pain Physicians, “of course it’s going to have a chilling effect.”

Staats said he believes an aggressive medical board — not prosecutors — should go after reckless doctors. But, he added, any doctor who is prescribing pills knowing that they are being abused or diverted shouldn’t be called a doctor.

“That’s not the practice of medicine,” Staats said.

Dr. Francis Riegler, a pain specialist who works in Palmdale, said he has followed Tseng’s case and talked about the prosecution with fellow doctors across the country.

“We agree,” he said, “that if you’re doing the right thing — if you’re one of the good guys, if you will — you don’t need to worry about being prosecuted for murder.”

During Tseng’s trial, Deputy Dist. Atty. John Niedermann told jurors that there were “red flags” in her prescribing habits.

More than a dozen times, the prosecutor said, a coroner’s or law enforcement official called with the same stark message: “Your patient has died.”

The prosecutor told jurors that Tseng wrote a man’s name on prescriptions so his wife could get twice as many pills, openly referred to her patients as “druggies” and sometimes made up medical records.

Get the essential California headlines delivered free >>
Her motivation, Niedermann said, was financial.

Between 2007, when Tseng joined the Rowland Heights clinic where her husband worked, and 2010, tax returns show that their office made $5 million, he said.

“In this case,” Lacey said, “the doctor stole the lives of three young people in her misguided effort to get rich quick.”

Tseng was convicted of murder for the deaths of Vu Nguyen, 28, of Lake Forest; Steven Ogle, 25, of Palm Desert; and Joey Rovero, 21, an Arizona State University student who prosecutors say traveled more than 300 miles with friends from Tempe, Ariz., to obtain prescriptions from Tseng at her Rowland Heights clinic.

The jury also found Tseng guilty on more than a dozen illegal-prescribing counts.

In a four-page written statement submitted to the judge before her sentencing, Tseng discussed the accusation.

“I terribly regret that even after learning of the overdoses, I did not investigate my prescribing practices to see if they played a role,” she said, adding that she doesn’t believe she was ever properly trained in addiction medicine or pain management.

“I told myself that my patients’ conduct was beyond my control,” she wrote. Most of what she learned about pain management, she said, came after DEA agents and medical board officials raided her office in 2010.

In the letter, Tseng said that she now realizes that personal problems — undiagnosed depression, hoarding and difficulty juggling work and her children — interfered with her abilities to be a good physician.

“I was not the doctor I should have been for the patients who came to me,” she wrote. “I know that being remorseful for my failures as a doctor and as a person does not reverse time or does not help the families heal their grief…. No words can properly describe the sadness.”