DOD Bombs Yemen Then Admits They’re Still Not Sure Who Fired Rockets. 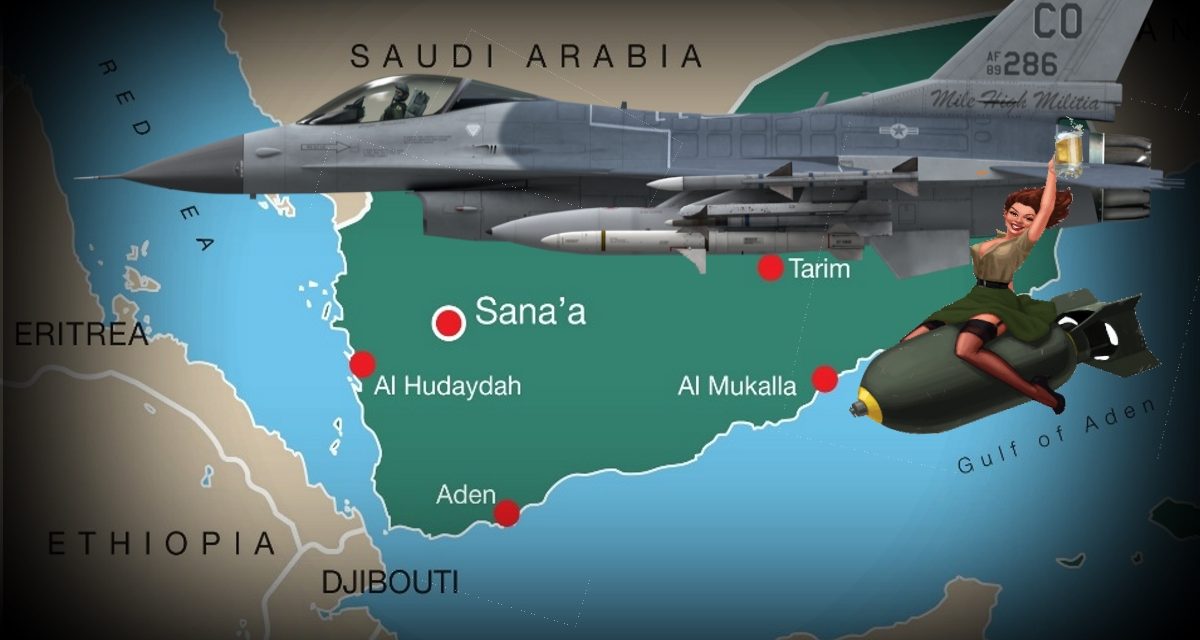 This week the United States attacked and destroyed a series of radar stations belonging to the Shi’ite Houthis in Yemen, along the Red Sea coast. This was described as retaliation for the missiles fired sort of near a US destroyer off shore, and presented as preventing future such strikes.

Yet today, Pentagon press secretary Peter Cook admitted that the US still hasn’t actually made any determination who fired those missiles in the first place. It is unclear why they retaliated against the Houthis, who denied involvement, apart from Cook saying that the US believes Iran has “been supportive of the Houthi rebels.”

Still, this act in haste and repent at leisure attitude doesn’t appear to be changing, with Cook vowing the US would “be prepared to respond again” if they think ships off the Yemeni coast are threatened, with the implied threat that they’ll attack the Houthis some more, whether or not they ever determine if the Houthis did anything.

Pentagon officials are also trying to insist that their attacks on the Houthis are totally distinct from the ongoing Saudi war against the Houthis, which the US is already heavily involved in, meaning this amounts to a second, separate war against the Houthis, with even less of a pretext. The Pentagon appears uncomfortable with connecting their heedless attacks to the myriad war crimes in the extent war.

The Houthis reiterated today that they had nothing to do with the missiles fired near the US ship, and insisted they consider the US attacks “unacceptable.” They warned that they have the right to defend themselves from future US attacks.

“US Support for the War in Yemen Is Indefensible” ~ Says Ray Offenheiser the President of Oxfam America. ‘Deference to Saudi Arabia has cost America its moral footing’. Not even funerals are sacred in a time of war.

“US Can’t Say Who Launched Missiles from Yemen at Navy Ships”~ Military.com

The Houthis have denied carrying out the attacks, none of the missiles struck the ship, and there were no injuries, U.S. officials said. This is the US’s first direct involvement in the now 18-month war. A Houthi military official said that the charges of missile launches by them at U.S. ships were an attempt deflect and cover a Saudi airstrike on a funeral service Sunday that reportedly killed more than 150 people, the Houthi-affiliated Saba news agency reported.

The U.S. has flown refueling missions for Saudi aircraft, supplied targeting intelligence, and resupplied the Saudi effort with tens of billions of dollars of weapons.

While the U.S. has previously conducted direct attacks in Yemen against al Qaeda — which controls vast territory in central and eastern Yemen — it had not directly engaged Houthi forces before.

At least 4,125 civilians have been killed in the fighting, according to the United Nations High Commissioner for Human Rights. A cease-fire and peace talks collapsed in August.