Does the British state fear dissidents more than terrorists? 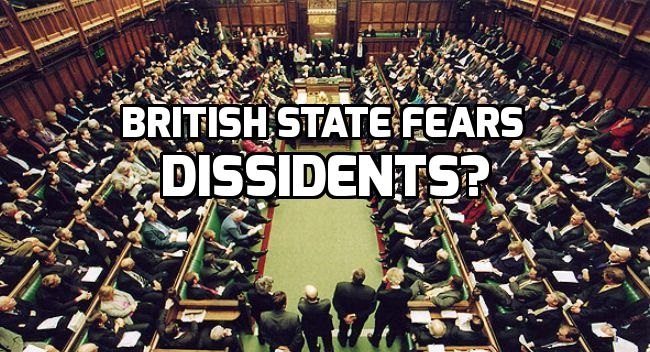 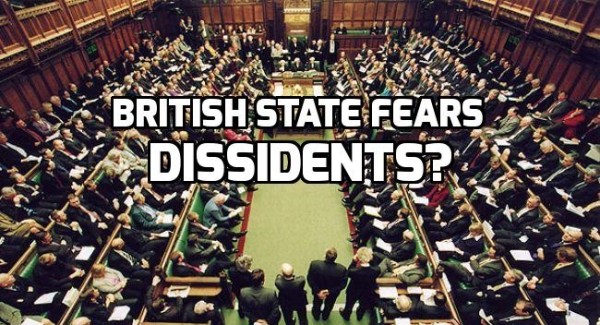 The UK government may be the only one supporting heavy-handed US-led counterterrorism strategies more eagerly than the US itself. This can be seen in its consistent support for the indiscriminate monitoring of British citizens, to protect the state from the apparent radicalization of the British people. A radicalization that manifests most dangerously in people who say the state is incompetent at providing for our security.

It would have been better if this was only a hyperbolic claim, but the evidence suggests otherwise. The British government now seems to consider any criticism of its security services as something tantamount to treason or terrorist incitement, and the only thing protecting us from repression by the Cameron government is its incompetence and inefficiency. Based on a number of comments from officials since the spread of the Islamic State militant group and the military intervention against it, it is apparent that government ministers want to equate their critics in civil society with terrorists.

More disturbing is the fact that UK ministers would like to gain authoritarian powers to disrupt or attack civil society critics of the security services. While they are mostly unable to take such action, arguably because of their own incompetence and limited legal purview, we should be wary of the increasingly paranoid and authoritarian rhetoric of this government.

During my participation in a panel at the Mont Order Club in February, we discussed the lack of political freedom in Britain. One of our advisers noted that the British government would gladly have assumed a more authoritarian character already, if only it had the legality and the competence required for that kind of regime. While it is true that there is no equivalent of the First Amendment in the UK, because we have no written constitution, we do have the fortune of knowing our government is too slow and inefficient to implement on authoritarian impulses to crack down on free speech so far.

In a recent issue that has sparked controversy, civil society group Cage alleged that British security services harass Muslims disproportionately. This practice, the argument goes, contributed to the radicalization of Islamic State terrorist Mohammed Emwazi, more widely known as Jihadi John. Cage’s claims came to many people’s attention in the media when they were condemned by the British government as “reprehensible”. No matter what we may think of the analysis that the jihadist was motivated by state mistreatment of Muslims, the fact the comments provoked such a furious response from the government makes them only more worthy of attention.

It should be noted that Cage has a history of criticizing indefinite detention, torture and extrajudicial killings, among other state practices in the so-called war on terror. Their profile of Mohammed Emwazi doesn’t defend the jihadist’s actions, or even claim that the security services’ guilt in helping to radicalize him is incontrovertible. Despite this, Cage has been condemned by the government as “apologists” for the Islamic State itself. Coupled with the Charity Commission taking action against Cage, this seems to only confirm that the British government seeks to censor Muslim voices speaking against the security services for the profiling and harassment of Muslims amidst the increasing climate of Islamophobia.

The most inflammatory words condemning Cage seem to have come from Foreign Secretary Philip Hammond, who argued, “We are absolutely clear – the responsibility for acts of terror rests with those who commit them. But a huge burden of responsibility also lies with those who act as apologists for them.” Boris Johnson made similar comments.
In other words, the British government is extremely offended by any suggestion that its own agencies might have any burden of responsibility for the deaths of British hostages at the hands of the Islamic State. This is despite the fact that the government did nothing to save British hostages held by the Islamic State, refused to negotiate their release, and repeatedly supported violence in the region over the course of years that helped to kill over a million civilians in Iraq. However, the state does see civil society “apologists” as carrying a “huge burden” of responsibility for terrorism.

The security services in Britain have a serious problem. They seem to be in the hands of people who are incompetent, and more interested in attacking the British people’s concerns about the government than in preventing terrorist acts. The illegitimacy of the security services should be apparent to everyone who has witnessed the government’s oversensitivity to criticism from civil society. The fact they have reacted in such a sensitive way should not be a cause to reduce such criticism, but to intensify it tenfold and heap up increasing ridicule on this paranoid political establishment.

Cameron’s failure to secure the release of British hostages from IS, coupled with his government’s misdirected rage against civil society, only adds to the bulk of evidence that he is a liar who talks of national security but thinks only of his own security and power. While he is prepared to risk supporting American-led aggression in Syria, he did nothing to secure the release of British citizens being held by the Islamic State, and now he now he goes about saying anyone who exposes the government’s incompetence is tantamount to a terrorist.

This was not the first time that the British government lashed out at civil society and the broader public and tried to conflate them with terrorists. In controversial remarks at the United Nations in September 2014, Cameron used sophistry to claim that “non-violent extremists”, or conspiracy theorists who question state reports on terrorist attacks or who hold views that the government disagrees with, should be treated as terrorists. He argued that the government should be given powers to crack down on them and limit their freedoms, and dismissed the idea that this would be a violation of liberal democratic state norms.

It is interesting to note that Cameron’s words paraphrased similar remarks by George W. Bush in an earlier United Nations speech, in which he condemned anyone who attempts to suggest that the state bears some portion of the blame for terrorist attacks. Cameron’s remarks not only sounded confused and wrathful against the public, stoking tensions between our supposedly democratic state and the public, but they even present a strong indictment of Cameron himself as an extremist.

It is peculiar for Cameron to have denounced “The idea that Muslims are persecuted all over the world as a deliberate act of Western policy” and “The concept of an inevitable clash of civilisations” as examples of extremism. The single greatest proponent of these extremist views in Britain is David Cameron, who not only issues paranoid ramblings about defending “British values” and demanding that Asian immigrants integrate into British society but allows the state to take sides in this clash. The reactionary canard of a clash of civilisations is not only Cameron’s most favoured idol in his foreign policy, but a core thesis of the Conservative Party and its Islamophobic offshoot, UKIP.
When a UK government official tells us that the intrusive behaviour of the security services helps to “keep us safe”, as Boris Johnson insisted in his radio conversation attacking Cage director Asim Qureshi, we should take him literally. State security services do a lot to keep politicians like Boris Johnson and David Cameron safe. It’s when it comes to keeping ordinary citizens safe that they are suddenly incompetent and barely invest any effort at all.

So, when you listen to such politicians and their arguments about so-called “national security”, ask yourself the following. What kind of legitimacy can you find in a state that targets all the people it rules over as potential enemies, and cowers behind an iron curtain of secrecy and suspicion against the people? Further, what has the farce of national security become?

At this stage, no-one with the faintest idea of what is happening to British society cares about so-called “national security”. In an age when the British people welcome immigrants and visitors from all over the world, no idea could be more backward and incompatible with our lives than “national security”. As I have argued strongly in my own theses, we should reject the foolish notion that our geography somehow needs protection from anything.

“They keep us safe” is a fallacy, except in such cases when “us” refers to an incompetent regime feeling threatened by its citizens. And that, we can surmise, is why supposedly democratic authority figures feel as threatened by dissidents as by terrorists.

Harry J. Bentham is a British futurist blogger who has been a contributor at a number of think tanks including the Institute for Ethics and Emerging Technologies since 2013. His work at Press TV and the L’Ordre blog featured at the multi-faith Beliefnet website has gained increasing attention and praise, including in the international media. Commentaries on political and ethical controversies by Bentham have been published at the Institute for Ethics and Emerging Technologies, H+ Magazine, Dissident Voice and numerous other publications. He edits The clubof.info Blog.