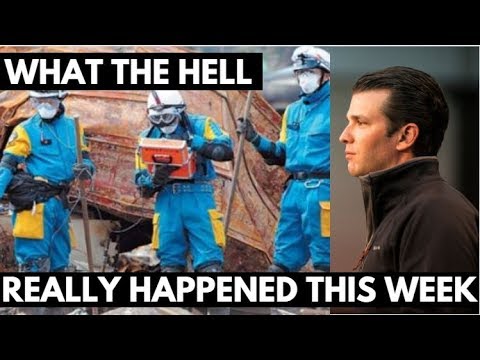 Welcome back you hippies to the WeAreChange weekly shows where we go over all of the most important stories that you should know, of course from my perspective.

I have not done these in awhile as I have been traveling in Europe covering stories. Recently I was in Belfast, Ireland covering “The Twelfth Orange Celebrations,” where a lot of people got drunk and set a bunch of bonfires, not a big surprise there. Luckily there were no major conflicts, and everything remained peaceful. 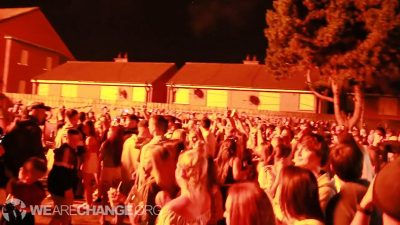 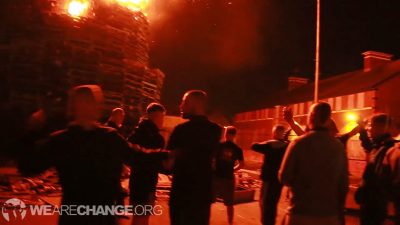 I then headed to Paris, France where I did a live stream of protests against Emmanuel Macron the French president and Donald Trump on Bastille Day. A major face off occurred between protesters and riot police, the situation escalated when Black Bloc tactics were used, and Antifa member stormed the police line. The police then retreated and came back with reinforcements. 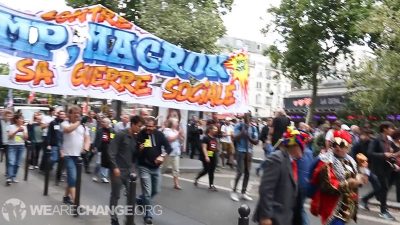 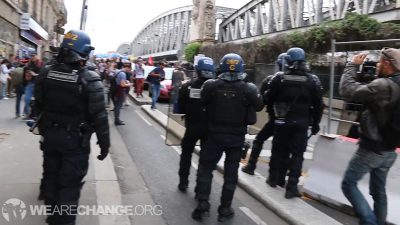 It was fascinating to note that many people are disenfranchised with the newly elected president, who is trying to limit labor laws, and states that he wants to deport illegal immigrants. 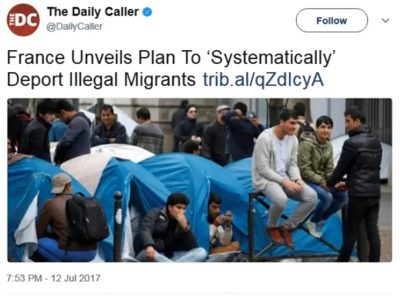 The biggest story this week in the United States is the story that Donald Trump Jr. was allegedly colluding with a Russian lawyer during the 2016 presidential election. Supposedly this lawyer had damaging information on Hillary Clinton. This story broke when the New York Times claimed to have obtained emails.

Now the Times does not have the best record when it comes to Russian and Trump collusion, which makes people dismissive of the entire story based on their previous track record. However, I am seeing a lot of people take this story seriously, particularly with those that are moderate. This is due to the contributing factors which include the fact that Trump’s inner circle may have been willing to get intelligence they knew was part of a foreign effort to meddle in the election.

There still is no proof that Russians hacked Hillary Clintons or DNC emails, or even voting machines. What do you make of these new revelations, will this go anywhere or is it just a big distraction?

I always saw this story as a huge distraction, while everyone was obsessing over these allegations, people are missing all of the collusion between corporations and government. This collusion has been happening for a very long time, billionaires and organizations have been able to buy and influence laws in the United States, this applies to the Trump administration just like previous administrations. 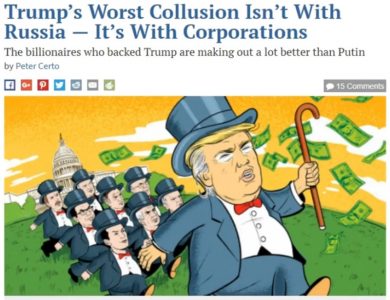 Trump has close ties to military contractors, bankers like JP Morgan, Chase and Goldman Sachs. I think the evidence is quite clear, just look at the whats happening with health care and the continued spending of billions on the F-35 fighter plane, currently being built by Lockheed Martin.

Now I believe the whole health care system is a giant scam, the scams around the pharmaceutical industry, the insurance companies scams, and the unnecessary surgeries pushed on patients. Our medical system is broke. I don’t want to see further money taken from people to finance a system that is broken, one that doesn’t cure people of illnesses but works towards making a profit from them in most cases. You see that very clearly where the priorities of the United States are when they have endless money for the war machines but not enough to take care of their people. 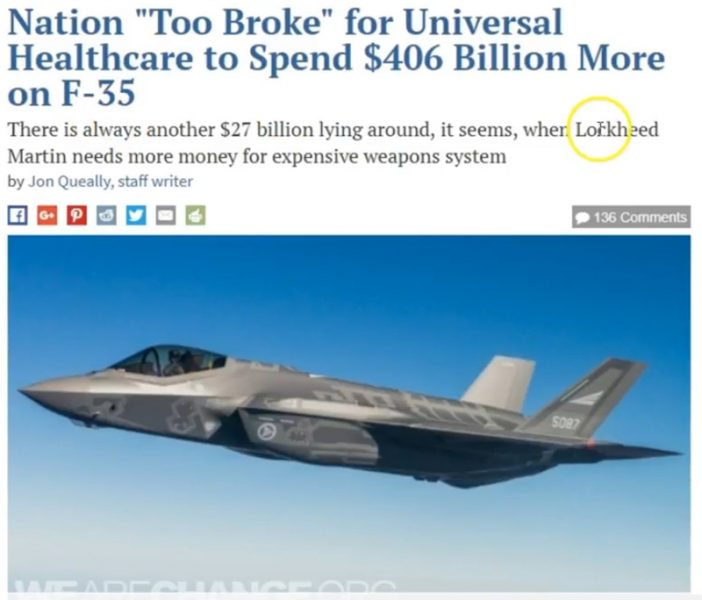 While that’s happening, we have a new report from Human Rights Watch; the group provides evidence of white phosphorus weapon use inside Syria and Iraq by the United States. A weapon that has been banned in the international community, but which is still being used, and sold to Saudi Arabia by the America.

This is the longer version of Amaq video of White phosphorous used yesterday in Zanjili neighborhood of west Mosul #Iraq pic.twitter.com/9QTQhAlDSw

While the United States is violating international laws, Donald Trump still has the gall to threaten an all-out war with Syria if they allegedly use chemical weapons at some point in the future. This is very hypocritical since there is no need for these wars to even happen in the first place. There are grave geopolitical ramifications, and of course, they cause mass human suffering.

There is this video that I want to highlight, which is a confession from a U.S. drone operator, that tells of his experience and how “He felt like a sociopath.” 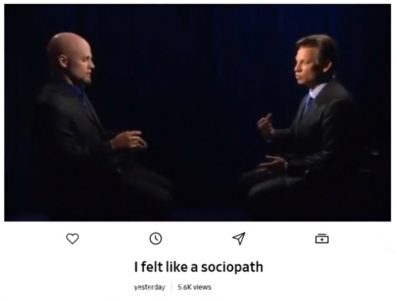 It’s not just the psychological traumas that U.S. soldiers have to go through, but some have had chemical weapons tested on them. 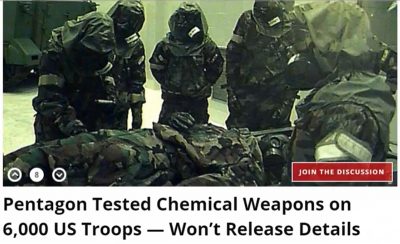 We are now discovering that the Pentagon tested nerve agents like sarin, VX, and bacteria on upwards of 6000 military personnel in experiments called Project 112. This took place during the Vietnam War in 1962 and 1974. These tests would potentially result in lifelong debilitation, serious health issues, long-term central nervous system failure, and even death. Now limited details about this program have just come out from the Department of Veterans Affairs. The full particulars of this program, how it operated, how many were killed, is still classified. Even though this happened fifty years ago, the Pentagon still wants to keep this information away from you.

This shows just how serious this most likely is.

In other, oh crap, we are probably getting poisoned news, we are getting the story that Japan is planning to dump more radioactive water from Fukushima into the Pacific ocean.

Now having personally been to Fukushima, and seen first hand how insane, incompetent and derelict the Japanese government is, there is a lot to worry about here. Consider how they try to hide any misdoings, and they conceal facts about how dangerous the situation is. Ultimately they are putting everyone at risk due to dumbass societal ideologies. So, I won’t be eating Sushi anytime soon.

Now across the sea from Japan, we have China that for some reason has decided to deploy troops to the Horn of Africa, for its first overseas military base. 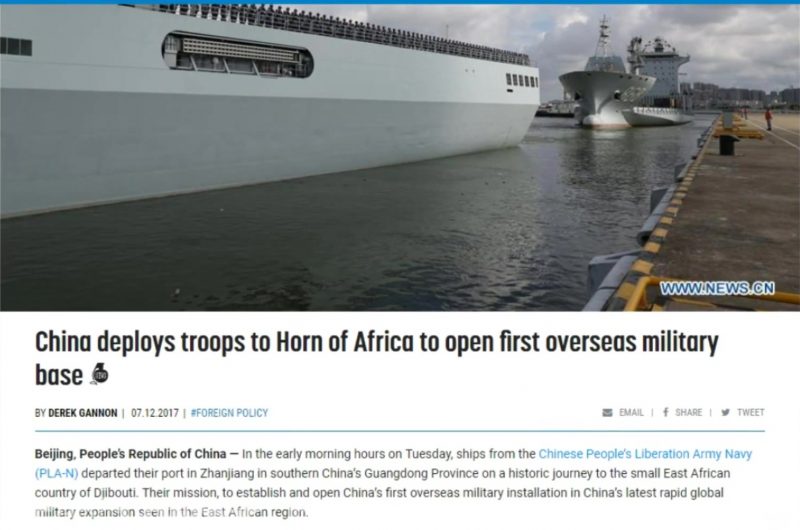 Now they say they are doing this for peacekeeping and humanitarian aid in Africa and West Asia. However, geopolitically the United States is going to see this as an act of aggression. Just like how China recently told Japan to “Get used to our warplanes” as they fly over Japanese territory. China continues to increase their military strength.

Now the United States can’t be outdone here, so for some reason, we are sending 500 troops to Kosovo. 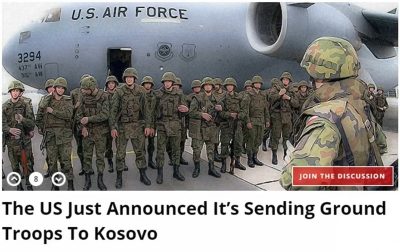 It doesn’t stop there as Donald Trump wants the unilateral legal authority to build new bases in Iraq and Syria, a sign that the conflict in Syria will likely end up not unlike Afghanistan where we still have troops present, sixteen years later.

There is still is not much freedom or democracy in that region. Of course, that’s due in large part to the covert support of radical Islamic terrorists by the United States which goes unmentioned in the mainstream media. However, we can show you on YouTube all the things that they fail to mention, right, well sorry no, we can’t. 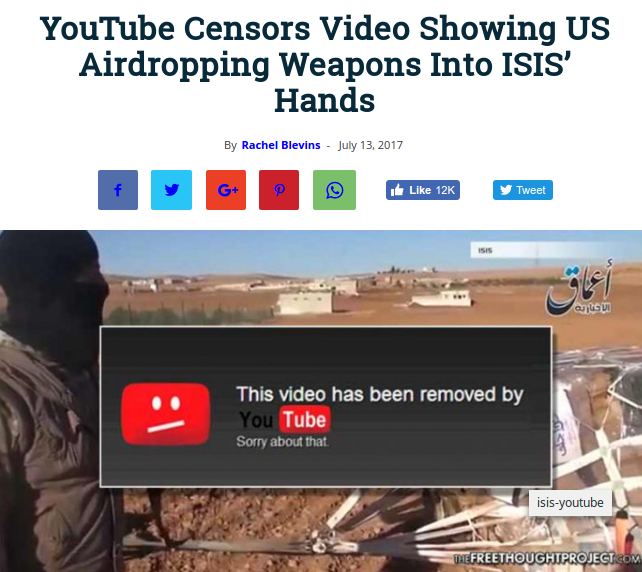 It was flagged and removed, not for nudity or crude language but for supposedly violating the platform’s “Community Guidelines.” We reported on this video months ago when it initially took place, and it’s an essential video to get an understanding of whats happening in the Middle East.

However, they don’t want you to see it. 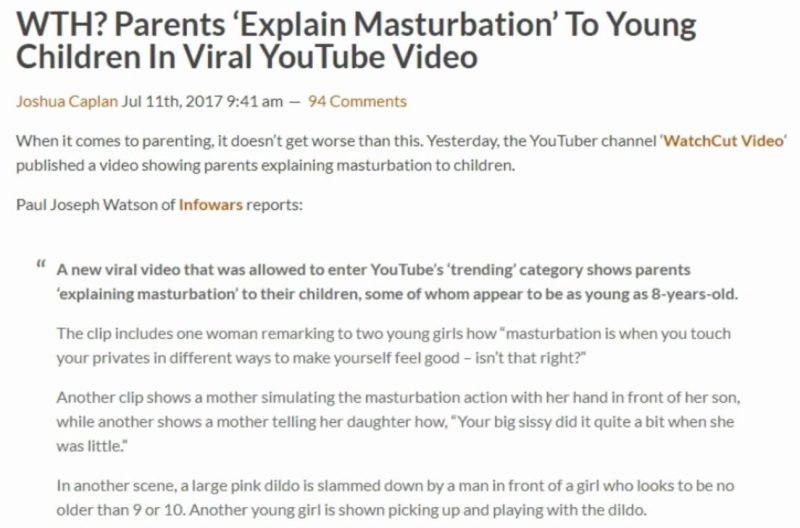 Now in other degenerate amateur posting video hosting sites, we have CNN, which according to many experts hired a top Al-Qaeda propagandist for a documentary and then tried to cover it up. 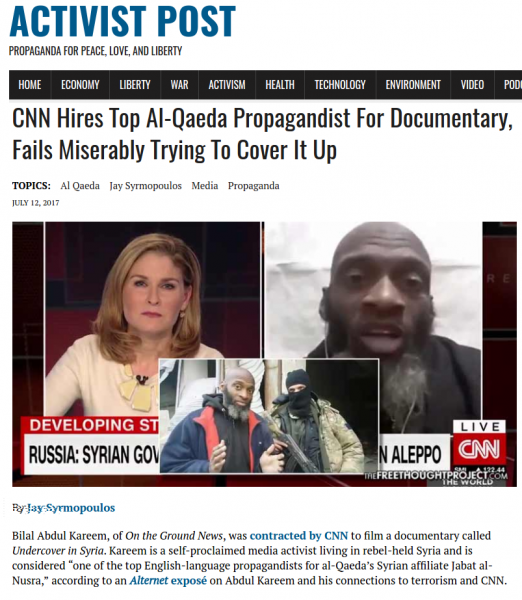 This underground reporter by the name of Bilal Abdul Kareem, of On the Ground News, who many have alleged is involved with the al-Nusra front; he was hired by CNN to shoot a documentary. After the documentary was made and received some awards, CNN deliberately tried to cover their tracks by hiding the fact that Abdul Kareem was the one that shot the video. 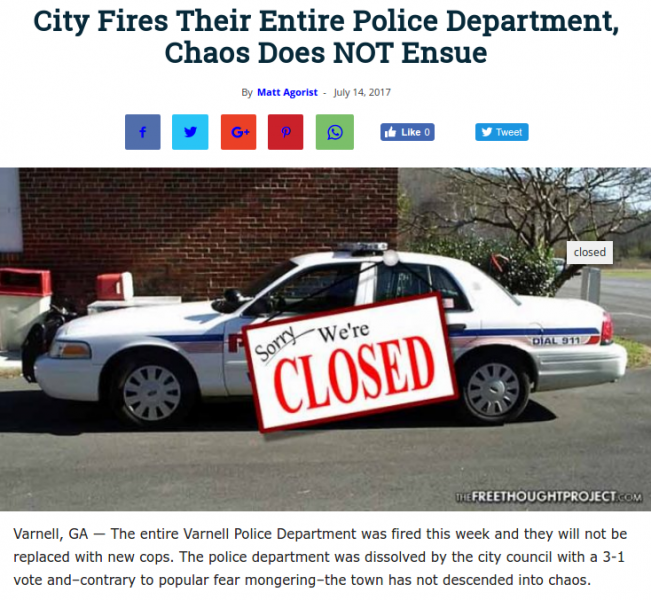 Now in uplifting, happy news, the city of Varnell, Georgia decided to fire the entire police department, no chaos ensued, everything remained fine, hopefully, gives you some hope in humanity.

Addendum:
Unfortunately, we just found a story which is not in today’s video that states the City Manager has just signed a veto, rehiring the police department. On behalf of all of us at WeAreChange, we would like to apologize for providing you with false hope. 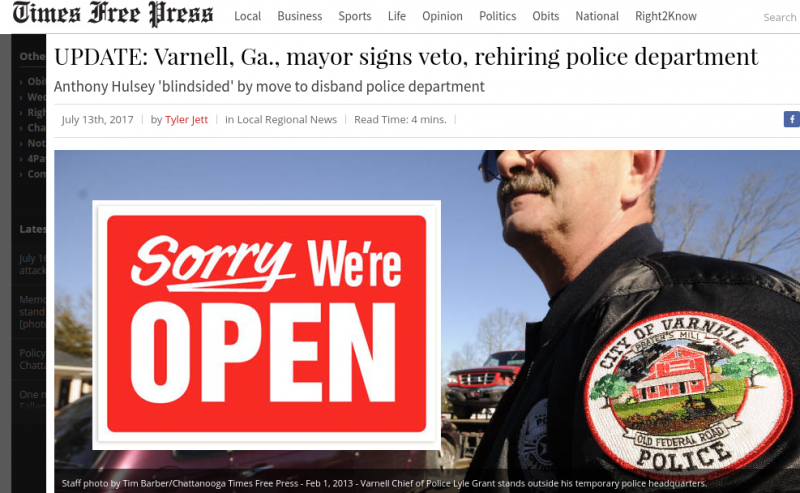 Now I hope you guys enjoyed today’s video, if you did, please support us on Patreon.com/wearechange, it is thru you that this independent media operation works.

Please stay tuned we’re going to have more on-the-ground reporting from here in Europe, as that happens, please keep in touch with me. Let me know what stories you want to see covered, what people you want to see interviewed, what subjects you would like to see investigated. Love you guys and thank you so much.