Burning Effigies of The Pope & Bono In Mass Celebration In Belfast 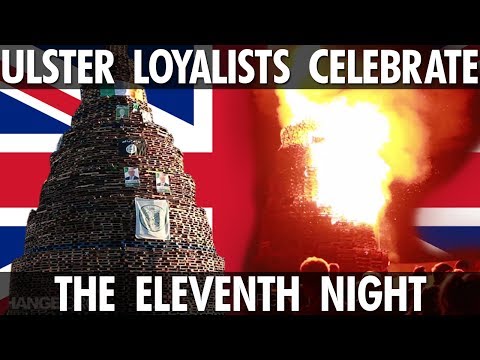 In this video, Luke Rudkowski of WeAreChange gives you the latest breaking news on the bonfires in Belfast, Northern Ireland. It’s a historical celebration that pushes the divide between Protestants and Catholics in the region. Keep in mind this interview is from the perspective from a local on the ground on the Protestant side and if you asked a Catholic about this issue here, they would see it totally different.

Brief History Of the Republic of Ireland & Northern Ireland

1914 – World War One began and the third Irish Home Rule Bill was passed but put on hold.

1916 Easter Rising – With the British army busy with the war in Europe, Irish Republicans staged a rebellion in Dublin with the goal of putting an end to British rule in Ireland and establishing an Irish Republic. The Rising took place over the course of just a few days but nearly five hundred people died, mostly civilians. The British army were far greater in number and so managed to suppress the rebellion. The rebels were forced to surrender and most of their leaders were executed.

1918 – Sinn Fein wins 73 of the 105 Irish seats in the British Parliament. Instead of taking these seats they decided to form their own Irish Parliament and proclaim an Irish Republic as a newly independent country. In Ulster, 4 of the 9 counties won a Unionist majority. 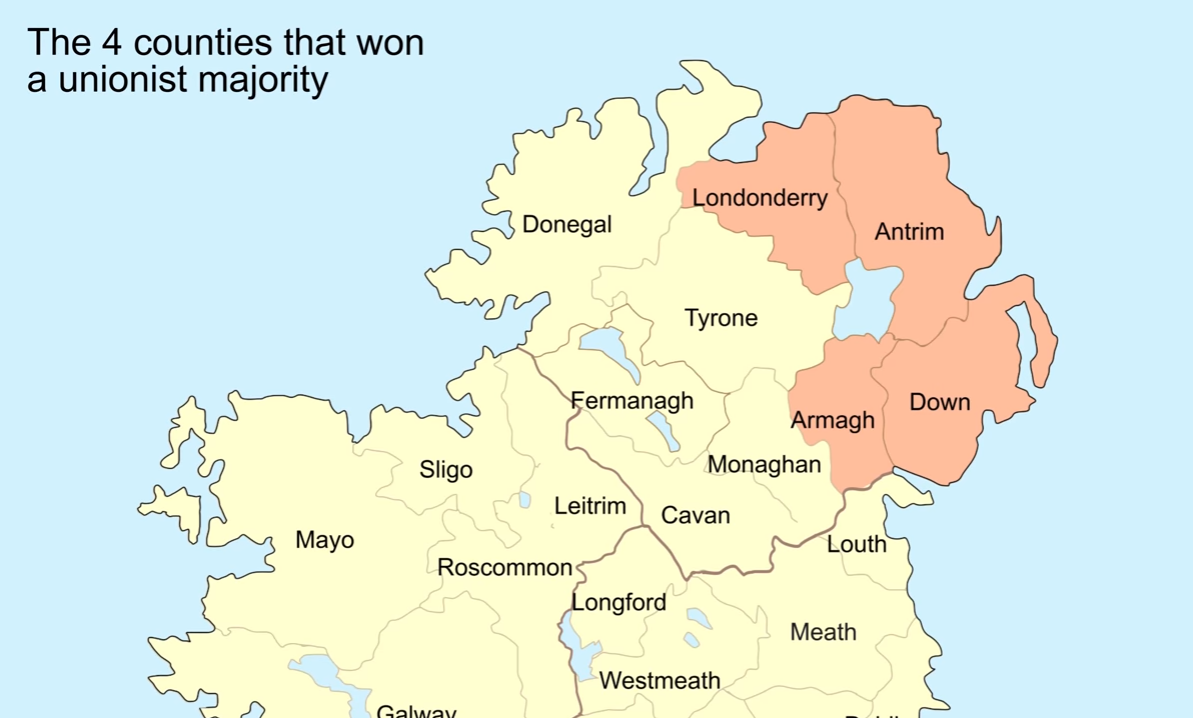 1919 to 1921 – This lead to the Irish War of Independence which was a guerrilla conflict between the British state and its forces in Ireland and Irish republican guerrillas in the Irish Volunteers or Irish Republican Army. The war is usually said to have run between 1919 and 1921 but violence both preceded these dates and continued afterwards.

1920 – A forth Home Rule bill was passed which partitioned Ireland into Northern Ireland (6 of the 9 counties of Ulster) and Southern Ireland. The split was intended to be a temporary solution to the war. 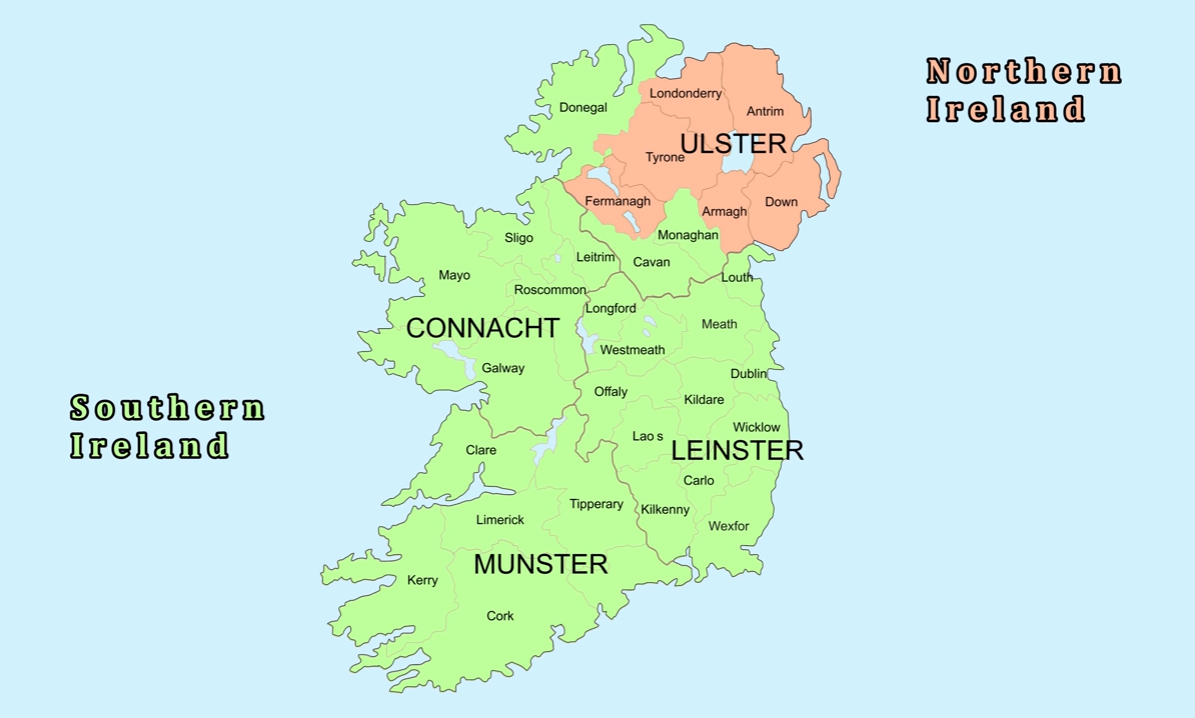 There was one Irish Parliament in Dublin for the South and another Parliament in Belfast for the North. The Southern Irish government never functioned.

1921 – The Irish War for Independence lasted for 2 and a half years and resulted in a ceasefire. The Anglo-Irish Treaty was signed which established the Irish Free State. This became a part of the British Commonwealth, like Australia for example. The treaty included the whole of Ireland but had an opt-out clause for Northern Ireland. Northern Ireland left immediately.

1922 – The Irish General Election saw two parties both called Sinn Fein compete against each other with one being pro-treaty (58 seats won) and the other anti-treaty (36 seats won). The division turned into civil war. 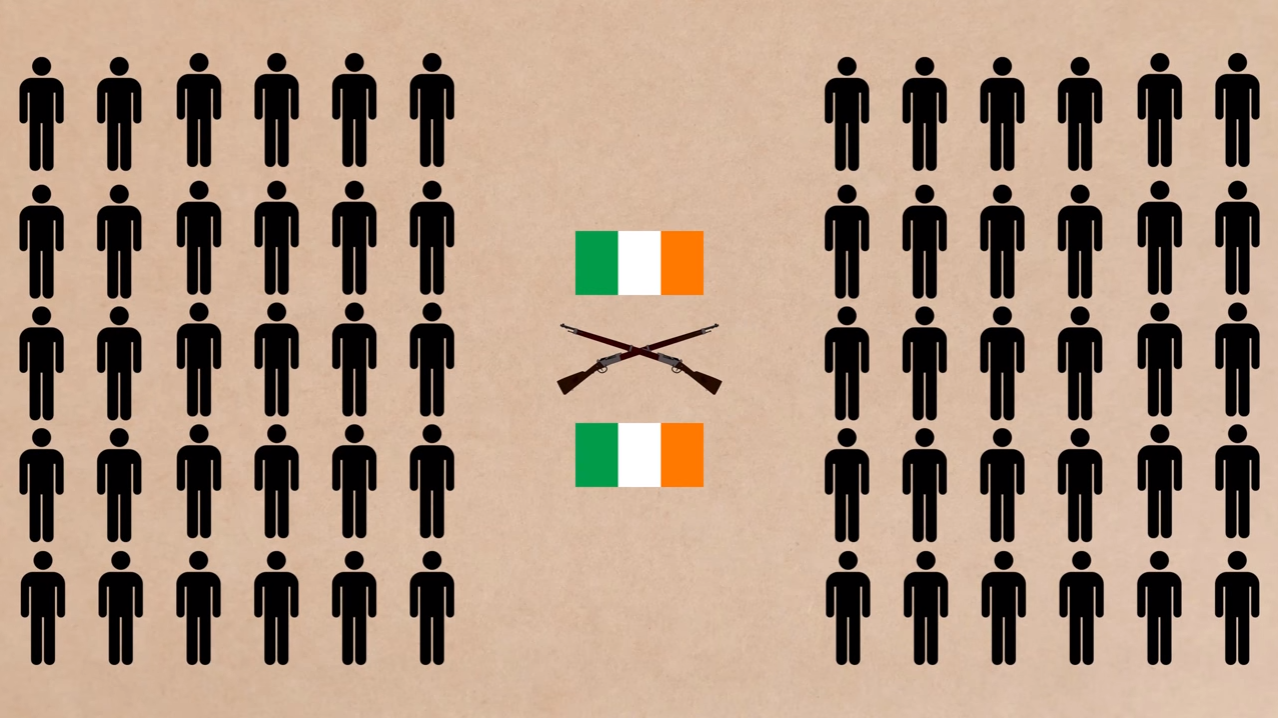 After the war the anti-treaty Sinn Fein refused to take their seats in the Irish parliament. The leader Éamon de Valera resigned from the presidency of Sinn Féin after losing a vote to accept the Free State Constitution (if the Oath of Allegiance was dropped).

1926 – In March 1926, he formed a new party, Fianna Fáil (Soldiers of Destiny). He was strongly opposed to the treaty but wanted to part ways with his former party’s tactics.

1960 – This is when “The Troubles” began. There were three decades of ongoing violence from the late 1960s to the 1990s. Catholic marches were met with violence from militant Protestants.

1972 –  Bloody Sunday – sometimes called the Bogside Massacre – was an incident on January 30, 1972, in the Bogside area of Derry, Northern Ireland, when British soldiers shot 28 unarmed civilians during a peaceful protest march against internment. Fourteen Catholics were killed.

The fights escalated into bombs and violence and killings became the everyday life of Northern Ireland citizens.

1984 – The Brighton hotel bombing was a Provisional Irish Republican Army (IRA) assassination attempt against the top tier of the British government that occurred on October 12, 1984, at the Grand Brighton Hotel in Brighton, England. A long-delay time bomb was planted in the hotel by IRA member Patrick Magee, with the purpose of killing Prime Minister Margaret Thatcher and her cabinet, who were staying at the hotel for the Conservative Party conference. Although Thatcher narrowly escaped injury, five people were killed including a sitting Conservative MP, and 31 were injured.

1998 – A peace agreement was signed. It was called the Good Friday agreement.

2005 – The IRA (Irish Republican Army) handed in their weapons. The Protestant Loyalists did not.

Present day – Northern Ireland is relatively peaceful but there is still a clear division between the two religious groups. 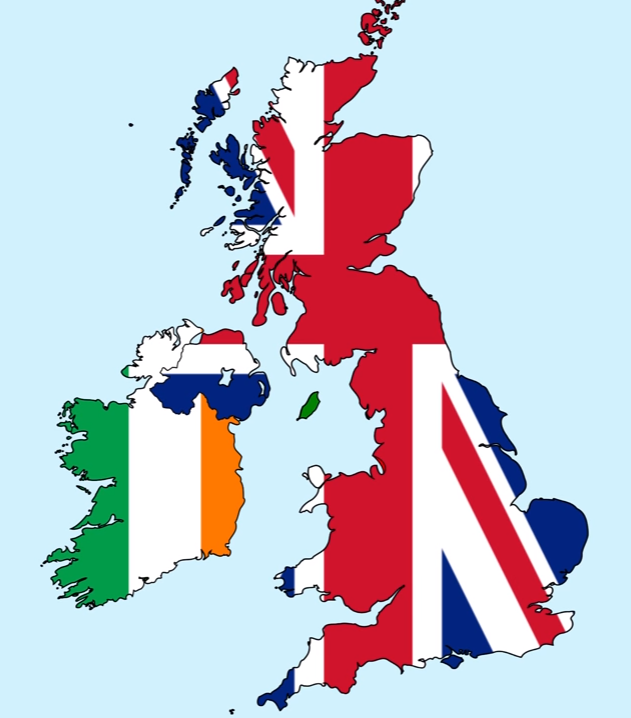 The lasting impact of The Troubles can still be seen today, especially in Belfast in which there are ‘peace walls‘ which separate Protestant and Catholic communities and there is still occasional violence. 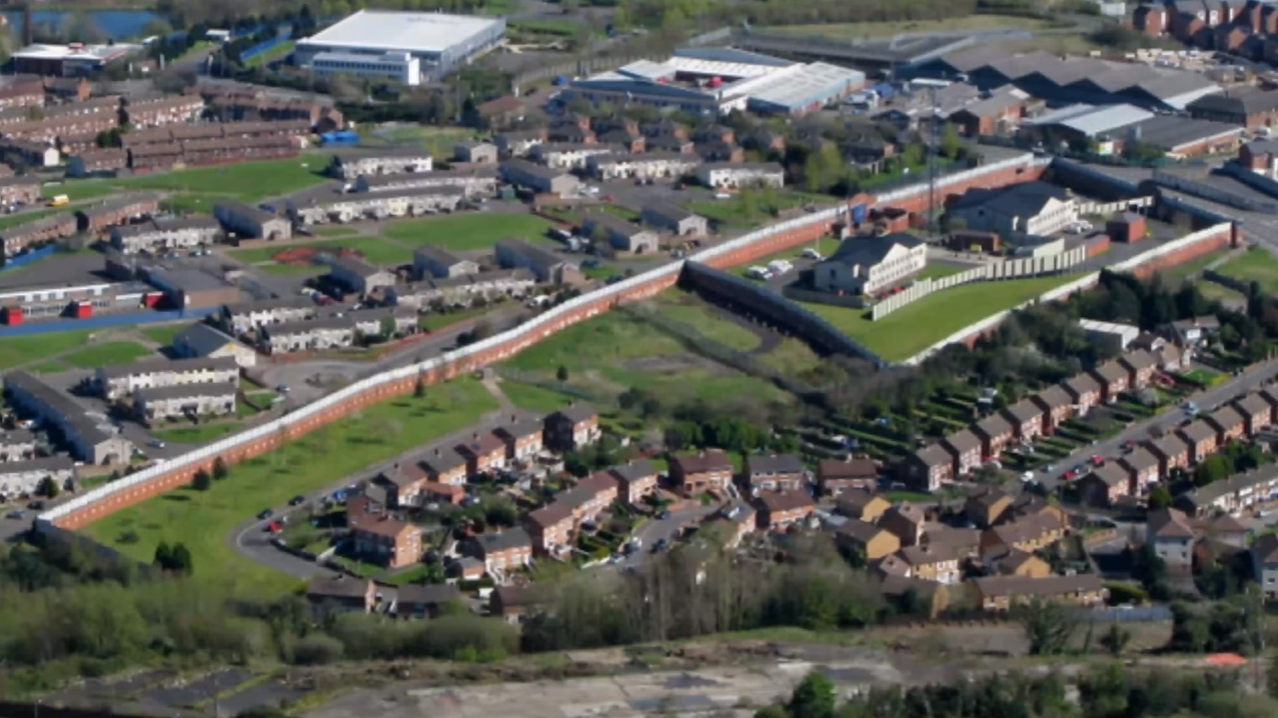 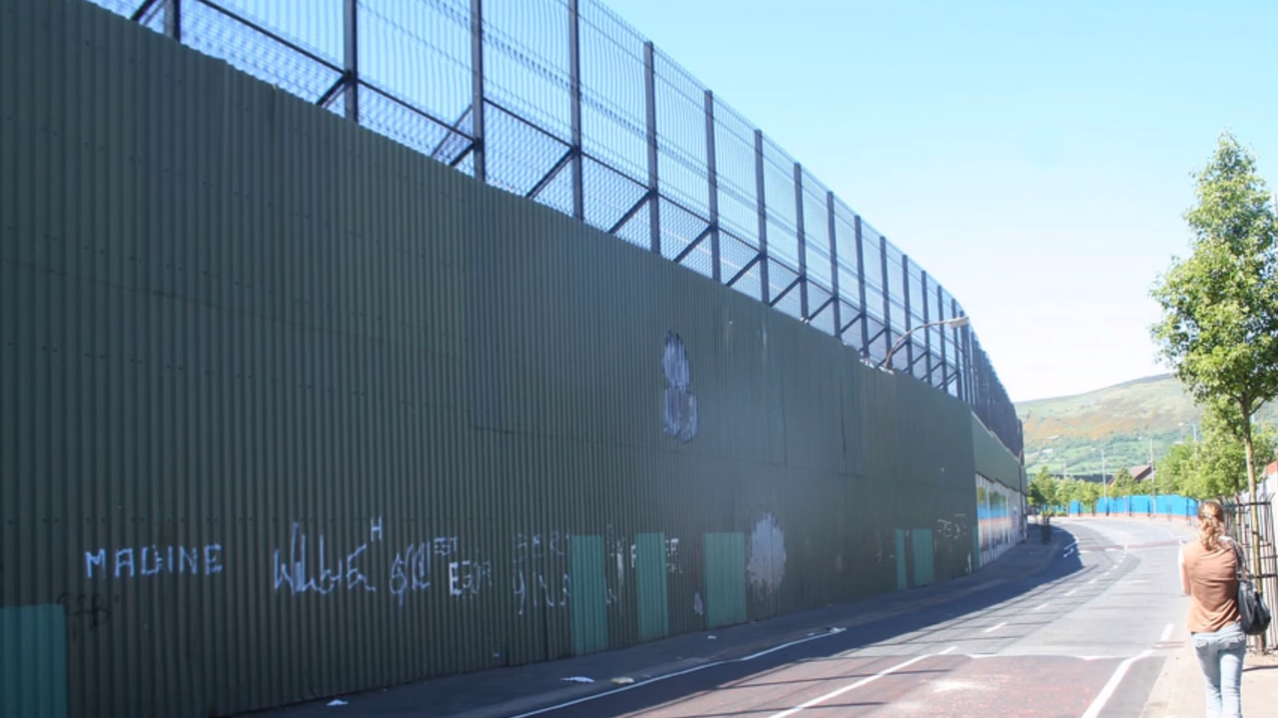 This article gives some insight into the phenomenon:

“In all there are some 100 peace walls in Northern Ireland, most in Belfast but also in Londonderry and a couple of provincial towns. In other cities around the world such divisions between communities are seen as abnormal, but here they have gained such permanence that they are regarded as normal.” 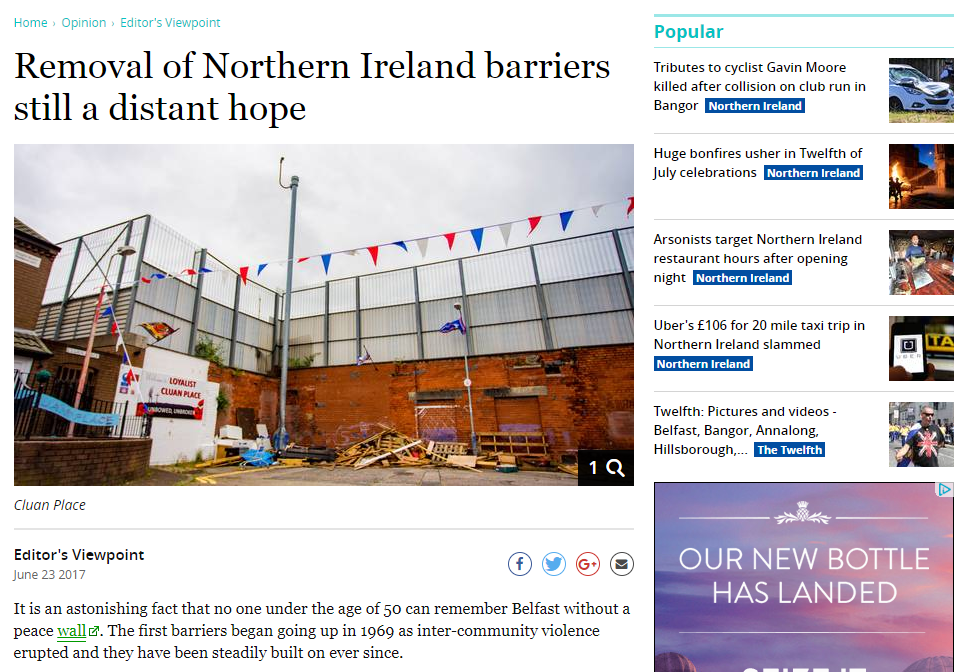 Make sure to check out Luke’s latest video here!