Donald Trump Wants To Rebuild U.S. Nukes To Be “Top Of The Pack” 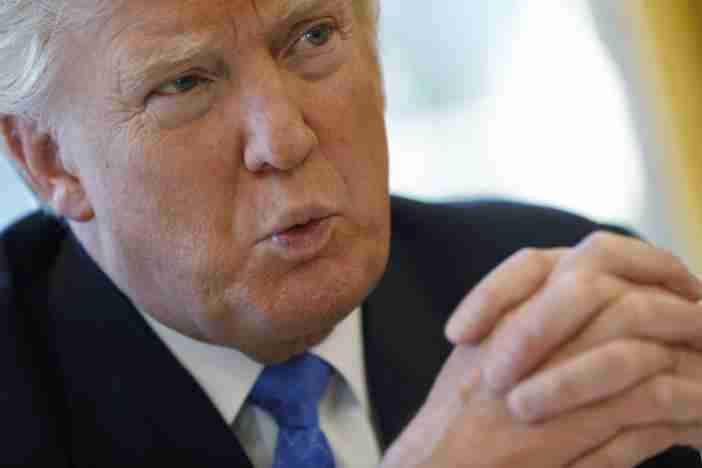 U.S. President Donald Trump has said that he wants to rebuild America’s nuclear arsenal to ensure its at the “top of the pack,” arguing that the U.S. has fallen behind nuclear capabilities of its adversaries.

In an exclusive interview with Reuters, Trump said that Russia has deployed a new cruise missile in violation of the 1987 Intermediate-Range Nuclear Forces (INF) Treaty.

Adding, that he would bring up the issue with Russian President Vladimir Putin if and when they meet.

Trump opposed a “one-sided” deal with Russia to put a cap on deployment of nuclear warheads, Reuters reported.

The US president said he was “very angry” at North Korea’s ballistic missile tests, adding that he may consider deploying U.S. missile defense systems in Japan and South Korea but “there’s talks of a lot more than that.”

China could solve the North Korea crisis “very easily if they want to” by pressuring Pyongyang to step back from bellicose actions, Trump said, according to Reuters.

Trump has previously tweeted that “the United States must greatly strengthen and expand its nuclear capability until such time as the world comes to its senses regarding nukes.”