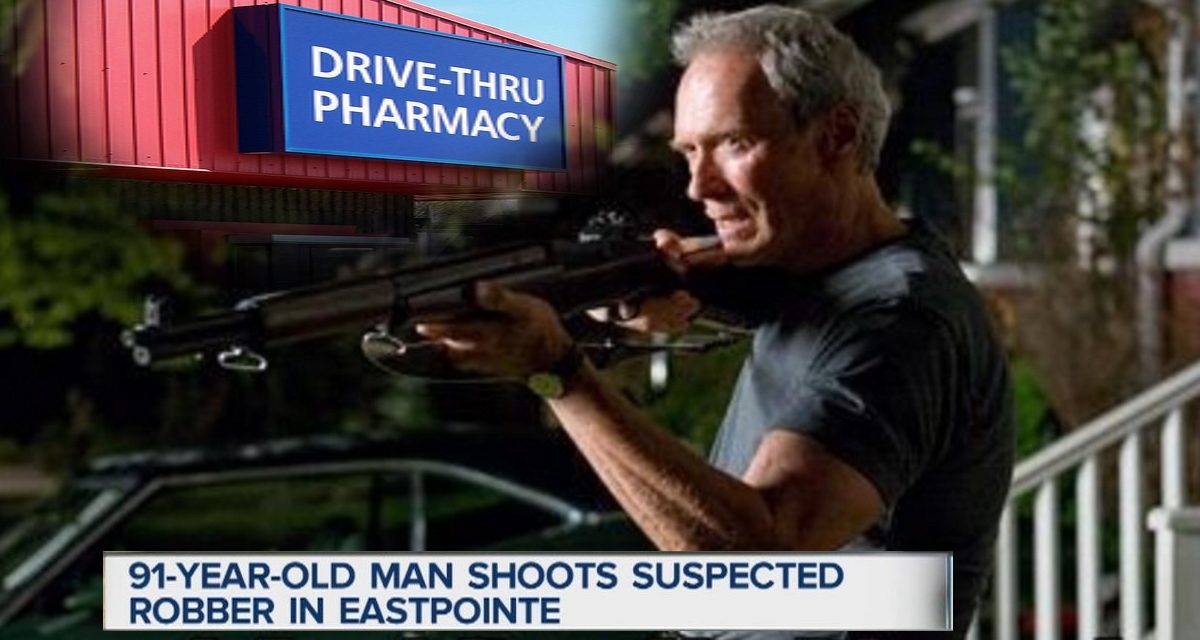 A 91-year-old Michigan man shot a suspect who reportedly attempted to rob him in a Rite Aid parking lot, police say.

The unidentified elderly man was approached by the suspect, 30-year-old Richard Ashford, as he exited his vehicle, according to WJBK. Feeling threatened, the elderly man announced that he was carrying a concealed pistol and then returned to his vehicle until Ashford left the parking lot.

When the man attempted to enter the pharmacy a second time, Ashford approached him again, this time holding an “unknown object” in his hand.

Following another unheeded warning, the elderly man drew his firearm and shot Ashford, hitting him in the neck.

Ashford fled the scene, but was later picked up by police and taken to a nearby hospital for treatment, WTVR reports. He was later charged with felonious assault.

“This was an attempted robbery of the shooter,” Eastpointe Deputy Police Chief Eric Keiser told WXYZ. “The person who fired the shots had a [concealed pistol license] and was lawfully carrying a handgun and said that he defended himself when he was attacked.”

The elderly man’s version of events was corroborated by witnesses from an office building next to the pharmacy, according to WJBK.

Prosecutor Eric Smith, who is handling the case against Ashford, said the 91-year-old’s actions were completely justified.

“This elderly man’s self-defense is an entirely appropriate use of force,” he said. “Facing imminent assault, he announced that he was armed, made attempts to withdraw, warned again that he held a weapon, and fired only when completely necessary.”

“This is a textbook case for why concealed pistol licenses are issued in the first place,” Smith added. “American citizens have the right to protect themselves in the face of clear assault.”