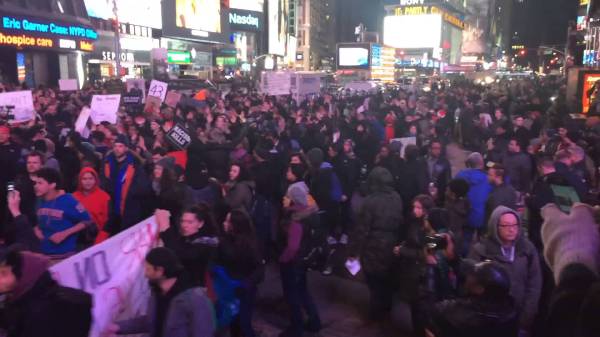 The US justice department is to launch a civil rights investigation into the death of Eric Garner, a black man who was placed in an apparent chokehold by a white New York police officer. The inquiry was announced by Attorney General Eric Holder after a grand jury decided against charging the officer. That decision prompted street protests in New York. Activists have called for a march in Washington next week.

Mr Garner, 43, was stopped on a street in New York on 17 July on suspicion of selling loose, untaxed cigarettes. After a confrontation with police he was wrestled to the ground and restrained by force. He became unresponsive and later died. America saw a wave of race-related unrest only last week over the decision not to indict another white police officer who had shot dead a young black man in Ferguson, Missouri.

Announcing “an independent, thorough, fair and expeditious” investigation into potential civil rights violations in the chokehold case, Mr Holder said he was continuing a review of how to heal a “breakdown in trust” between police and communities.

The justice department, he said, would conduct a “complete review” of material gathered in the local investigation. “All lives must be valued – all lives,” he added.