Escape from the Echo Chamber: Travel Hack Your Tunnel Vision 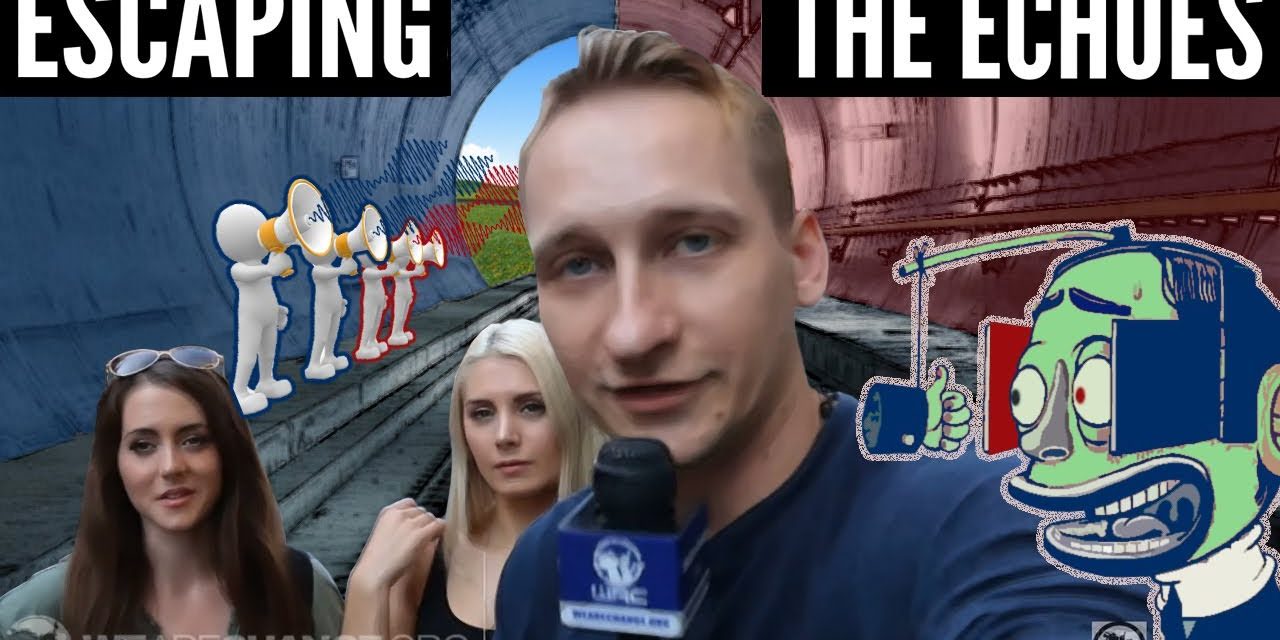 Luke reports from Italy where he is joined by Lauren Southern and Brittany Pettibone. They discuss media bias, social media constructed echo chambers and the effects of immigration on western society.

Luke: There has been a lot of negative feedback directed at me, for covering issues that Lauren and Brittany report on. To those people, I want to say that you will not dictate my content. I have even seen people in the alternative media community decide to trash talk and attack me for simply covering stories. I will always fight for the right to politically associate with anybody you want no matter what political stance you take. 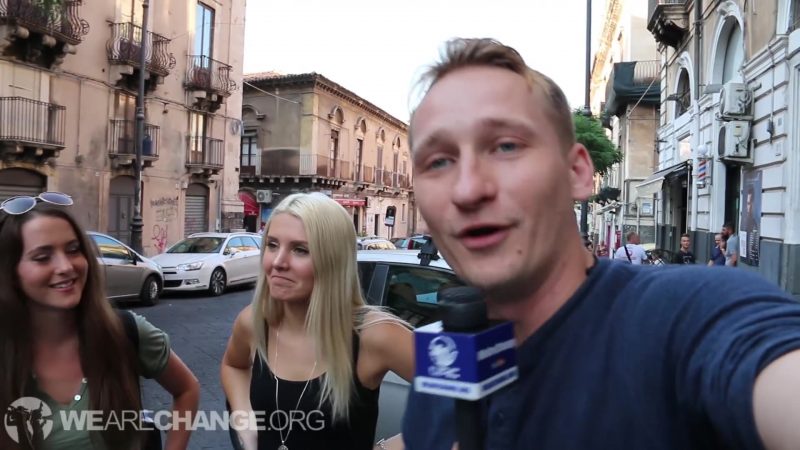 The reason for this video is to talk about a bigger subject. A lot of people online build up their own echo chamber, and they construct their reality. As we know social media algorithms have been proven to create echo chambers because they sell more advertising. To be successful in media these days, you have to be on your computer 14 hours a day. You have to free boot content, and you have to cause drama, you have to cause infighting.

One of the reasons I respect both of you is because you actually travel, you go out and discover the truth for yourselves. The world is a lot different than it is online, in that world everything is about likes and clicks.

The reality is a lot different when you start traveling, how has your world view changed from traveling?

Lauren: Well it certainly destroyed a lot of media narratives for me, on both sides of the political spectrum. When I went to Europe the first time it was because I was interested in the refugee crisis, I wanted to know what was going on. I wanted to find out if it was the way they were saying it was, if media outlets like Breitbart were lying. I wanted to know if they were all Syrian refugees or if they were from non-Syrian countries. 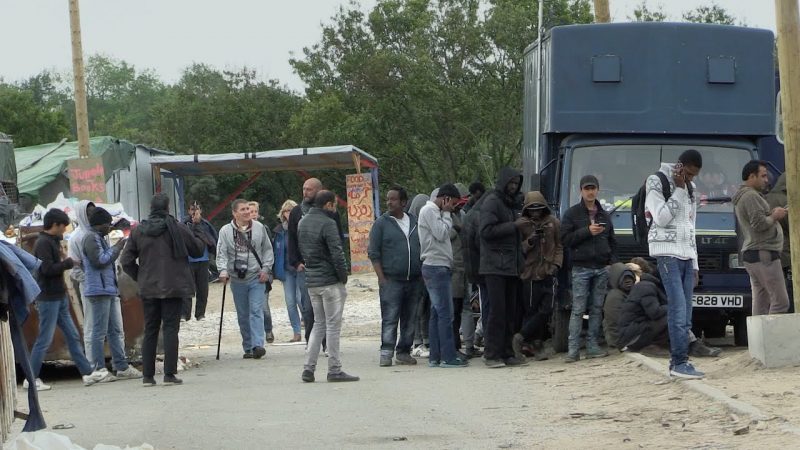 I went to the Calais Jungle refugee camp, and what I found out was they were right. The left wing media companies were all talking about the “women and children, ” and they were lying. I saw a journalist there at the Calais Jungle, and they were facing the camera away from all the North African men towards the only children that were in the entire camp, to portray a false picture of what’s going on.

Did Travel Change Your World View?

Luke: How has your worldview changed from traveling and did any pre-conceived notions change from being in the real world. 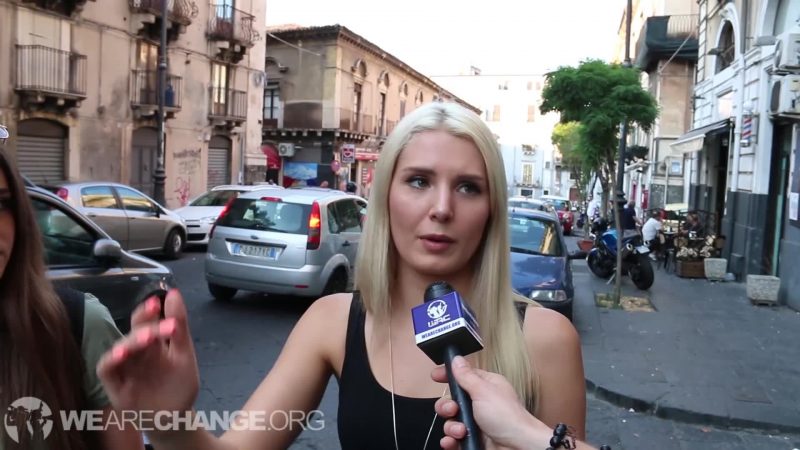 Lauren: A lot of people in my community put immigration as one of the biggest problems, and I genuinely believe that immigration is a massive problem in Europe and America as well. Brittany and I and yourself were in Northern Ireland recently, and it’s about 95% white there, they don’t have a whole lot of immigration. Still, they have very serious conflicts going on there and they have degeneracy problems with drinking in the streets and other huge issues constantly going on.

I think this idea that you can just get rid of the illegal immigration and you will solve all the problems is blown out the water by walking through the streets of Northern Ireland. There are massive conflicts without immigration. As much as I do think it’s an issue, it makes things more complex when you walk on the ground. It gives you a better understanding of the reality and the complexity of these situations. 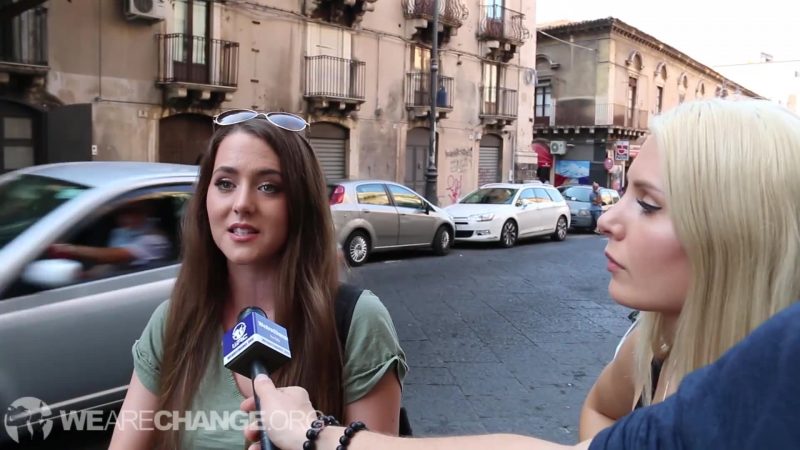 Luke: Brittany has your worldview been changed of any preconceived notions you had before your travels?

Brittany: Something I have noticed, is that online people that you disagree with tend to be extremely hateful towards you. When you go out in real life and meet them, most people are much more open to communicating. They aren’t going to say half the things that they might say online.

At the rally in Portland Oregon, I witnessed the Antifa becoming civil, communicating and having a reasonable discussion. By the end of it, they shook hands. Even though they still disagreed, they were able to be civil with one another. This is something I would never have imagined if I had only stayed online. When I went out and experienced things for myself, I realized that things are more complicated than they seemed. Online people won’t communicate, they just insult one another. In real life, they are more predisposed to this.

Luke: One of the ways to make content more digestible is to make things black and white, make things very simple, to outline things into he’s good and they are bad. It’s one of the precursors to our society, not progressing forwards. Sadly being incentivised by clicks and other monetary rewards. I just wanted to share one other thing that I learned from my travels. Everywhere I go whether it be Europe or Chile or the Philippines, we are all human beings. The majority of people just want the same things, they want a family, they want peace, very few people are actually insane, crazy, psychopaths. 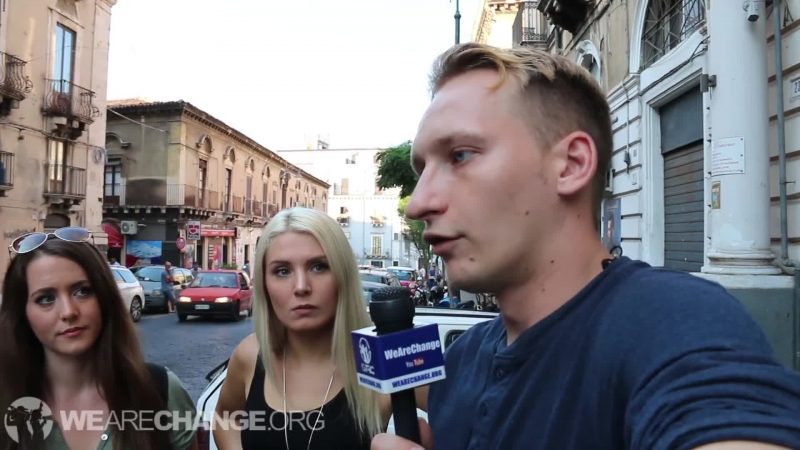 I’ve talked to some of the psychopaths, spoke with people who have murdered people before and you can look into their eyes and see that they are not the same as the majority of the people. Every where I go there is a common trait. That we all want peace and dignity in life, it all changes when you can make eye contact with somebody. We are all humans, let’s stop doing this, stop being divided and conquered. I think online discourse is pushing that in a very destructive way.

What do you think and what is a good way to combat that?

Lauren: Going to these camps, you meet people that you like, that are real people. Approaching things from the position of appreciating European culture and wanting to defend that, doesn’t mean that I hate these people. This is a much better position than from some of the comments that I see where people say things like we need to kill these people. 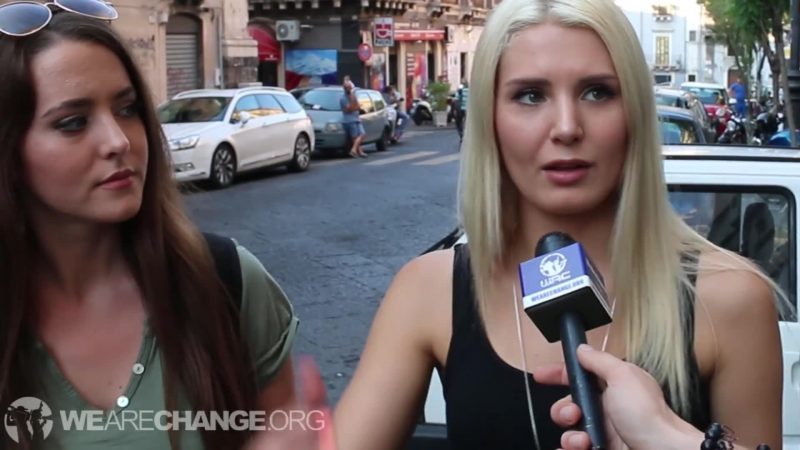 Brittany and I have a video coming out soon where we discuss the politics of hate versus the politics of love. Approaching things from a position of wanting to build up and create. To love and defend things rather than hating people for no reason. Your right a lot of people you meet just want the same things, they just view it from a different perspective.

Luke: You have to look these refugees in the eye, which makes you understand it from their perspective something you would not see or feel online. This is not a video saying that you should go out and travel. It’s not always that easy. The way I do it is through travel hacking, by building up frequent travel miles, using specific credit cards that allow me to fly.

If you put your mind to it, you can do this, and it’s a lot better from my perspective, get out in the real world do the actual reporting. Do the reporting that these two are doing, and show the world what is really going on. You don’t even have to travel; you can just make changes in your community. 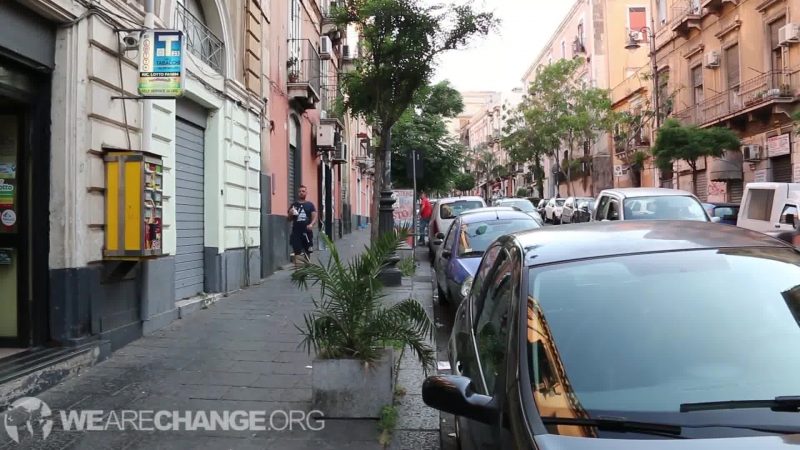 Brittany: Yes, that’s what I was going to add, you don’t have to go halfway around the world and spend thousands of dollars. You can start locally. As soon as you walk out your front door you are likely to meet someone you disagree with and you can start that way and build from it. 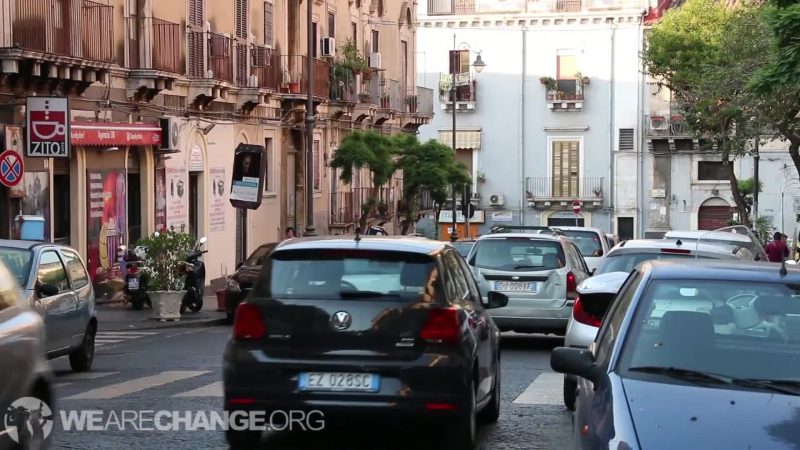 Luke: Beautiful, so that’s Brittany Pettibone and Lauren Southern and of course stay tuned and subscribe for more.