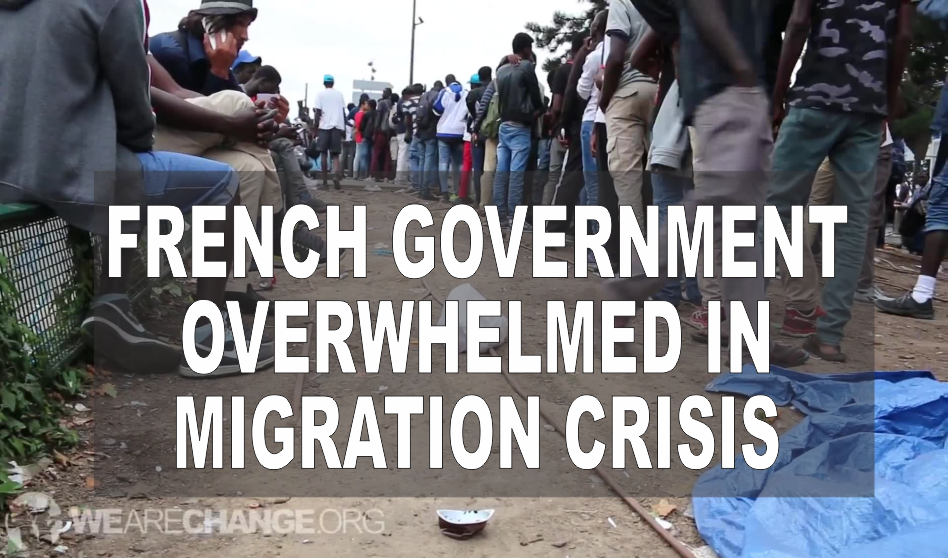 This is Luke Rudkowski of WeAreChange. We all hear about the immigration problem in Europe, but unless you are here, seeing, smelling it, and living it, then you have no idea about the reality of the situation. We are on the ground here in Paris, France where we are seeing the migration crisis in France first hand. 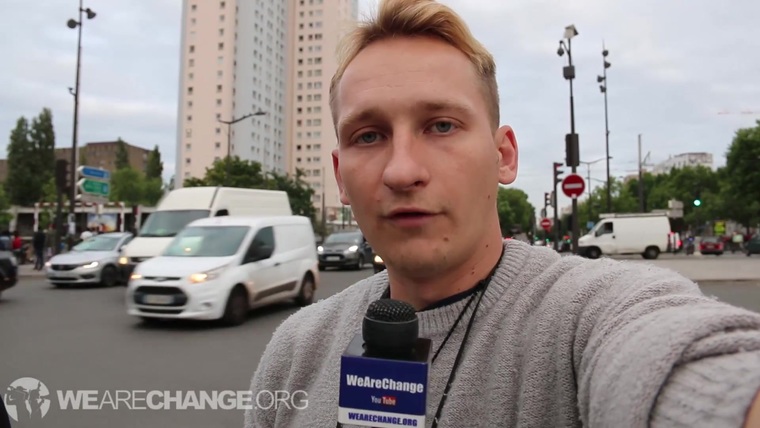 A lot of times bi-partisan politics skews the information you get either by the left or the right. What’s happening here is just outrageous, joining me on the outskirts of Paris to talk about this issue we have Taylor, another independent news reporter.

We are in an area where the government has established a refugee camp, over 500 people are sleeping just right next to us. Since the influx of migration is so high, many are left on their own and end up sleeping in the middle of the streets.

Luke: Taylor what are you seeing here, what stands out to you the most in this area of Paris? 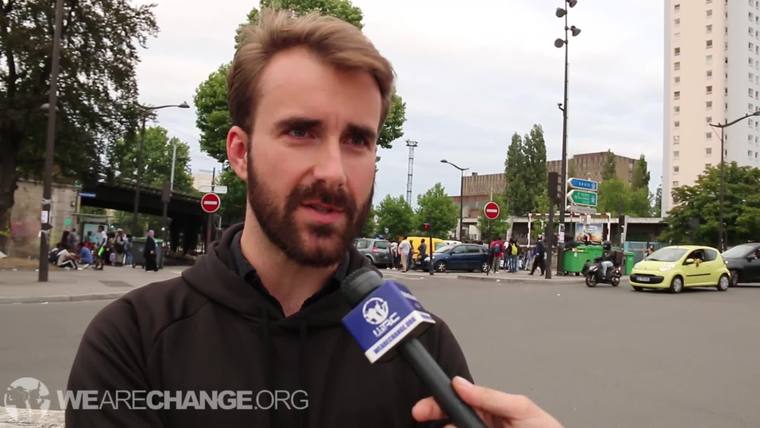 Taylor: Well what we see here are economic migrants we’re not necessarily seeing refugees or people fleeing war-torn areas of strife and turmoil. I think a lot of the politicians make excuses for situations like this because they claim to be helping “war refugees,” when that is obviously not the case. We are seeing a lot of young men, barely any children or women that are coming here for work. One one man was from Afghanistan, but he had previously lived in Germany and spoke German fluently. 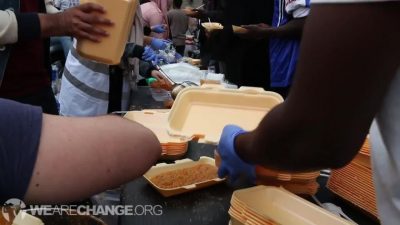 Luke: There are people from all over here including Nigeria, Sudan, and Ethiopia. It’s not just one particular demographic. The bigger problem seems to be the EU incentivizing mass migration. They even created videos telling people ‘come to Europe’ with official taxpayer dollars. The European Union opened up their borders, and now they can’t even handle the situation. They can’t handle the large influx of people that they invited, that’s the bigger issue. They created these problems, a lot of people here have to sleep in the streets, they use the restrooms in the streets. 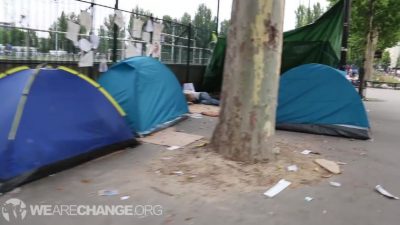 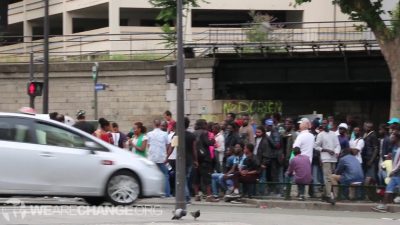 It’s not the best way to live, they are homeless and struggling. The government can’t cope and provide them any assistance and people are just pissed off. Both the people who lived in this community before, the people who live here now, and the refugees. They’re creating additional human suffering that’s that’s how I see it, how do you see it? 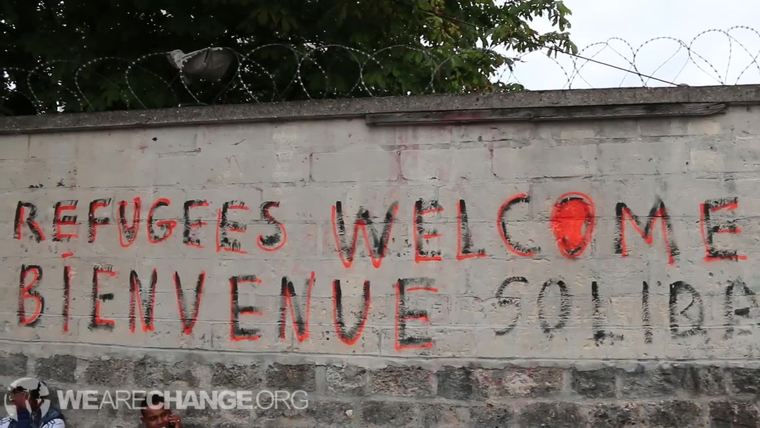 Taylor: “It’s an unfortunate situation clearly, on one side you have the government and the people in power are mishandling situations like this. Many people shouldn’t be blamed for wanting to come here and get out of those areas. They are doing so because the government is making these videos and encouraging them. You can’t blame them for wanting to come here. You have the politicians that are completely mishandling the situation.

I want everyone to be safe but one thing that I think is left unmentioned is how many of these people are bringing a different set of values that that doesn’t mesh with the Western way of life. These guys are using the restroom in public completely in the open there’s a whole area that they’ve created now there are porta-potties right next to it. There are certainly many problems, but the government handling of the situation is horrible.” 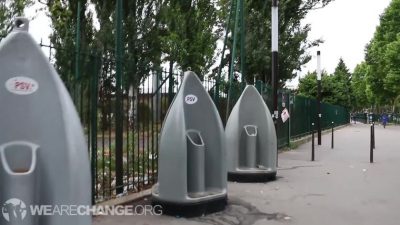 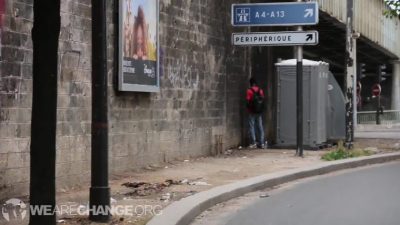 Luke: I walked up to one of the porta-potties, and they were overflowing. There are some police here, but everyone’s left on their own accord. I’ve seen very few women, very few children. I did see some here, but most are predominantly males. They’re suffering because of the open door invite that they got, the government can’t help them. France’s President Macron who was the pro-immigration candidate has come out and now said in a controversial statement that he’s going to planning to deport these economic migrants and only allow actual refugees to stay in this country. 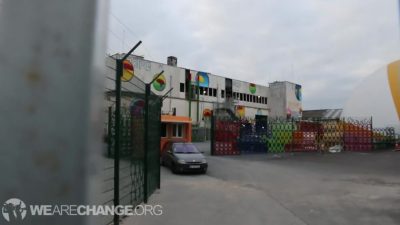 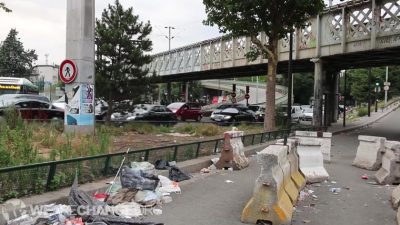 Luke: So even politicians who are pro-immigration have completely changed their view. The numbers of migrants here are extremely large. It looks like things are just going to lead to more suffering, more troubles for the people of France, and for the refugees. Sadly everyone has to suffer because of an incompetent government that doesn’t know what they’re doing. 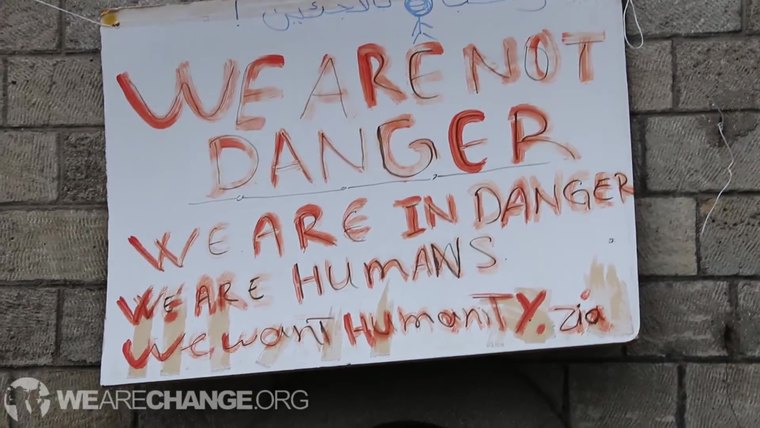 Luke: Any last words Taylor and where can people find out your reporting?

Taylor: Check out my YouTube Channel, I would appreciate it. I want safety and prosperity for everybody, but it’s challenging to give that. Politicians are pretending that these people are legitimately seeking refuge from war-torn areas. We know firsthand from today and other reports that that’s not the case.