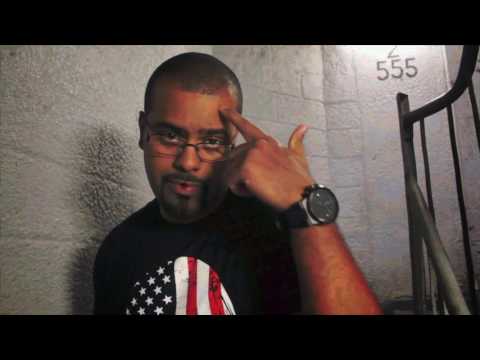 Independent rapper and activist J.D. Nero is co-releasing the music video for his new song “Sincerely Yours” with We Are Change, and we recently sat down to discuss his work.

We opened up the interview talking about his inspiration for “Sincerely Yours,” and the release of his new album, “Past Present Future.” If you have never heard J.D. Nero, he is a mix between old school hiphop and new school rap.

Nero noted that when Kanye West first started, he was a very conscious rapper. Nero said the rappers made his list, not because of their entire careers, but because of individual actions from each one that have inspired him.

We also talked about his previous projects and how his music changed from activism with his “Expect Us” album ode to Anonymous, to more personal experiences with his current project “Past Present Future.”

Regarding the lengths of his albums, Nero described “Expect Us” as an experimental project. He also said he has faced many challenges, such as making sure that he properly represented the Anonymous movement.

We then talked about the challenges that independent artists face in regards to selling or making their music available to listeners, and how distribution services take a percentage from the artist and streaming services pay artists without contracts—literally pennies per stream.

We also talked about if there were any plans for any future music videos.

We went off topic briefly talking about one of Nero’s inspirations: Jay Z. JD explained that Jay Z incorporated his soundtrack into the American Gangster movie.

Additionally, we talked about police brutality and how it’s such a problem here in the U.S. that isn’t only isolated to African Americans, but is an overall problem for everyone.

You can find more of my interview with Nero above. To donate to Nero, or to find his music for free, check out jdneromusic.bandcamp.com.

Check out the music video for “Sincerely Yours” from J.D. Nero below: