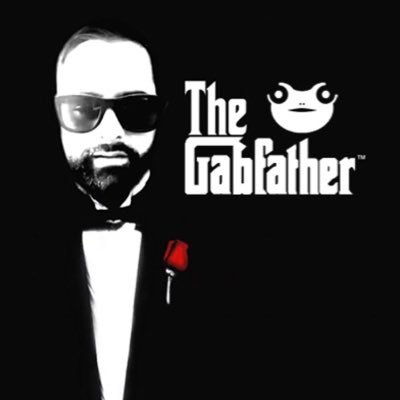 I sat down to talk to Andrew Torba, the GabFather himself, founder of the new social media network Gab.ai we spoke about what separates Andrew’s network from what Andrew calls “Big Social,” grouping Facebook and Twitter into a single group that Andrew says, caters to stock holders and not users.

We talked about the State of the Internet in general, with the rise of censorship on the Big Social networks.  Andrew also brought up advertising adding that he used to be apart of Big Social in the advertising department working for automatedads.com.

Andrew said how Twitter’s ads were terrible, how expensive they were and the reason, he said, was they didn’t have as much personal information as Facebook or Google. He added Twitter has now started collecting birthdays and phone numbers so they can target you more easily with ads.

“Gab is for the content creators and really anybody who has an audience or following to monetize their audience” he said.

We also briefly talked about politics and answered some of your user submitted questions and questions of my own for Andrew Torba.

I asked Andrew what Gab’s policy was on ISIS accounts, terrorism, and hate speech and he responded detailing gabs very simple policy that is in my opinion common sense.

“We have very simple guidelines we don’t have anything like hate speech or harassment rules because in 2016 that type of stuff has largely become a subjective definition by whoever is deeming something hateful speech. So our guidelines are very simple we have three #1 no illegal pornography, #2. Zero tolerance policy for threats and terrorism. 3. No posting other users private information (D0xing).”

He added that, “this is exactly why we have the waiting on board process that we do. Saying that if we were to have open invites, and one of our signup links was spread in a terror cell somewhere, we could be dealing with tens of thousands of ISIS members over night. So, in order to prevent that, and this is a trend ive been seeing over the past couple years, where new communities are starting out more locked down and it’s not to keep everyone out or to be super exclusive it’s more of a safety feature one example of this is “producthunt.com” Andrew Torba, said.

We talked about Gab’s features that will be rolled out slowly and in the final product according to Andrew, with GIF’s now being available today. Gab offers it’s users 300 characters instead of Twitter’s 140 characters.

Unlike Twitter, Gab allows the user more control, Gab enables “user feed filtering” which means gab’s experience is fully the users choice to chose to filter out certain words. He added this doesn’t have to be trends, this can be sports, you can filter out curse words etc. if you want.

Andrew added, that they are planning to add a Gab.ai app on both Apple and Android’s app stores that should be fully rolled out by early 2017.

We ended our conversation with the strong need to protect the Internet, Freedom of Speech and a person’s right to anonymity. Which Torba expressed, he felt strongly about a users right to anonymity online, saying that not all users can speak freely with their real identity known. Finally we talked about the UN take over of the Internet and previous Internet legislation (ACTA,SOPA,PIPA,CISPA, ETC). The UN take over went through the other day this interview was recorded prior, we talked about what the implications would be from the passing of ICANN from the U.S. to an unregulated international body’s control.

Andrew Torba, expressed that he believes that Big Social wants to censor the internet and play the online thought police and censor it’s users.

You can sign up for Gab, at gab.ai, come join a brand new community that supports free speech and freedom of expression.