How Fake News Almost Got Me Killed At The G20

Luke brings us the latest from the G20 meetings in Hamburg where around 100,000 protestors are demonstrating. 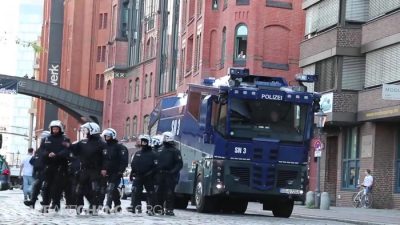 In a video of the events, he describes how he was attacked by Antifa demonstrators. He tells us there are people following him, walking around with photos of him on their cellphones, and very actively looking for him. They are saying that they will seriously hurt him and kill him, all because of an incident spurred on by another journalist. 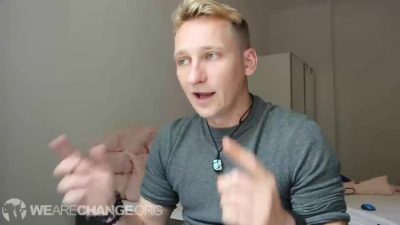 He begins by saying, “Now before I show you more video, I just want to say that I don’t want to make a big deal out of this. This is literally in my job description as an independent journalist, but the details surrounding this and how it unfolded are extremely disturbing. As an independent journalist I was covering the G20 like I always do. There is a very significant presence of the black block and Antifa. 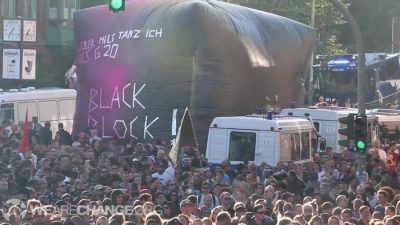 Then before I knew it, a credentialed photographer started taking photos of myself and those next to me, people like Tim Poole, Lauren Southern, and two other journalists.” 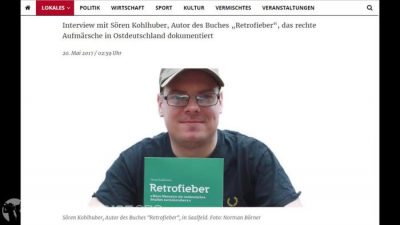 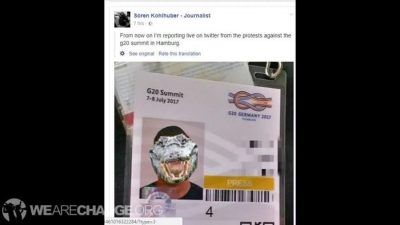 Luke found out that these photos were taken by a man named Sören Kohlhuber who is credentialed press at the G20 and also an author. Sören appears to work for news publications in Germany. 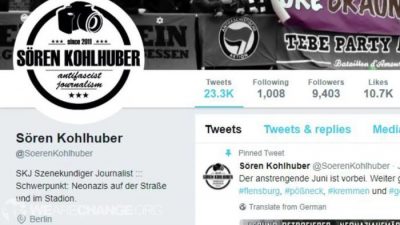 He tweeted out a photo of Luke and others saying, “we were identitarian and fascists,” and then sent it to Antifa. 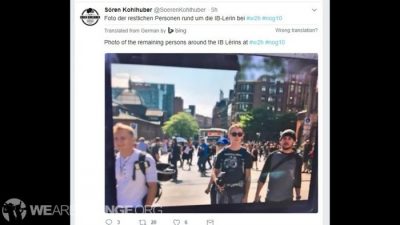 He also tweeted individual photos of them, calling us fascists, which he then deleted after sending them to the more radical protest groups in Hamburg. Before long Luke was getting tweets from people warning him, that “there are people looking for you” at the protests. 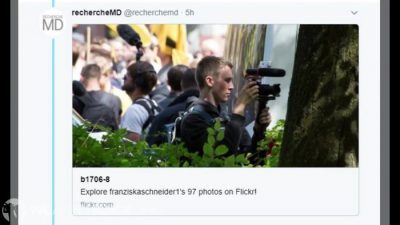 Luke points out, “You know from this YouTube channel, that I am anti-establishment, anti-authoritarian, anti-status quo. However, this journalist still decided, without any fact checking or investigating, to describe me as a fascist nazi, which is fake news, since I am neither of these things. I confront politicians, I call out world leaders, for their horrible policies. I am not right or left wing.

It wasn’t just me that this happened to, it happened to Marcus DiPaola who works for heavy.com and Max Bachman who is an independent reporter that does freelance work for newspapers here. I then found out from Marcus that there are groups of people walking around with my photo, in their phones looking for me. 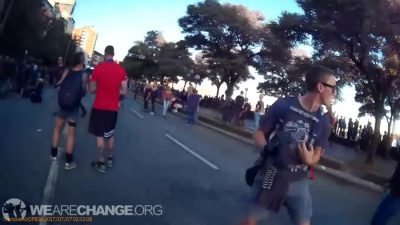 We were then being followed, then a group of around ten men tried to shoulder bump me, went after Max a couple of times. This is when I told Max to run; we started walking away from the situation after he had been punched. As we were trying to get away from this group of men, other people in front, started punching, pelting us, throwing us to the ground and kicking us.

Physically I am doing alright; I got a little bit of a shiner and a couple of knots on the back of my head. Max was left bloodied after the situation, and he got some help from the paramedics who bandaged up his elbows and knees. Afterward, we went thirty minutes outside of the city where we were followed by other protestors and told to leave town immediately, or we would be more seriously injured or murdered by them. 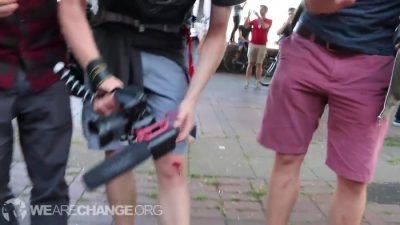 The police also decided to spray their water cannons on us as we were running away and that they can’t help us and we are on our own.”

Marcus was also attacked in a separate event and here is a link to his video. 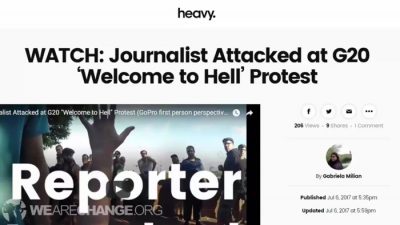 The credentialed journalist Sören Kohlhuber also tweeted Lauren Southern’s location and the fact that she had changed her shirt. Luckily she had left, and they could not find her. On her way out though, people were trying to track and get her location so they could attack her.

Mr. Kohluber also tweeted out his displeasure with international journalists, like Luke, who like to live broadcast.

Luke says, “I would like to ask him, why would you lie about me, why would you spread fake news about me, and two other innocent people, who clearly aren’t identitarians or Nazis or fascists? I also hope that no harm comes to the journalist that did this. Vengeance won’t solve or fix anything, but ultimately I just want to know why, why did you do this? I feel let down over how this situation unfolded. Physically I am doing alright, just a couple scrapes and bruises, a bunch of bumps on the back of my head because I was hit by something, but I’m fine.”

In the future Luke is still going to continue his reporting, this is not going to stop him, and he is going to take better security precautions.

Luke ends the video with, “If you want to see me do that, and you want to support this independent media organization, please consider going on patreon.com/wearechange. I love you guys very much, and I apologize for the lack of coverage here.”