Farmer Forced To Throw Out Insane Amount Of Gorgeous Cherries 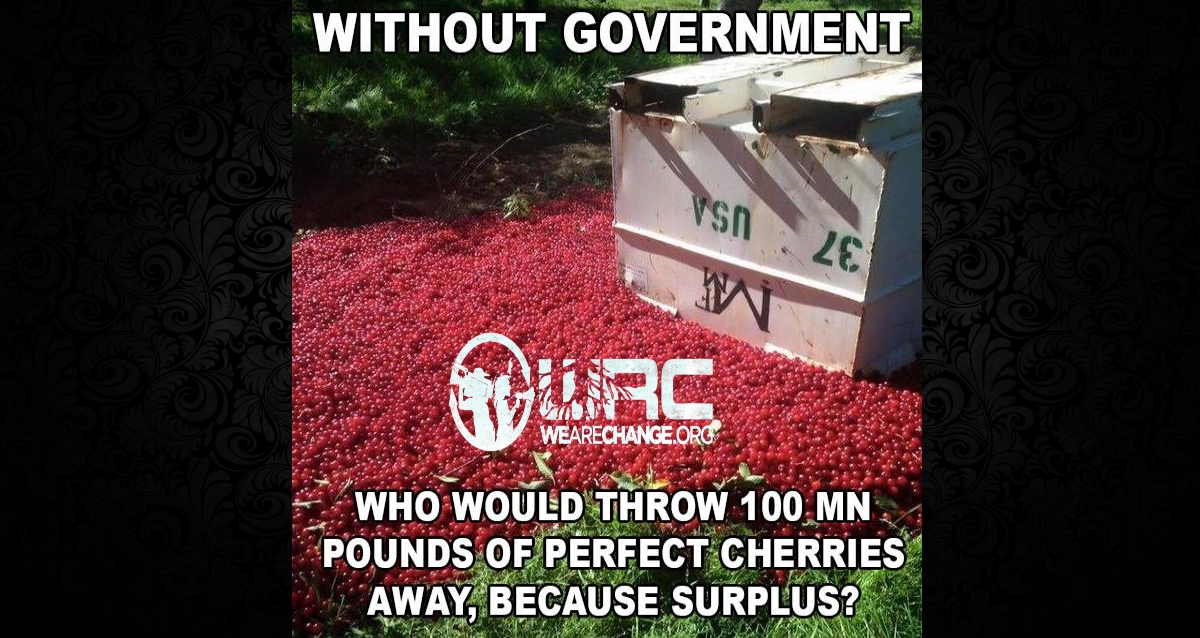 A bountiful harvest seems like a good thing. But not for a farmer in Michigan who says a federal regulation forced him to let 40,000 perfectly good tart cherries go to waste.

Marc Santucci, who owns Santucci Farm in Traverse City, shared a picture on Facebook this week of tart cherries he dumped.

“These cherries are beautiful! But, we have to dump 14 percent of our tart cherry crop on the ground to rot,” Santucci wrote. “Why? So we can allow the import of 200 million pounds of cherries from overseas! It just doesn’t seem right.” CREDIT: SANTUCCI FARMS Marc Santucci, owner of Santucci Farms, shared a photo on Facebook of the massive amount of tart cherries he is throwing away this year under industry regulations.

The photo was shared over 55,000 times, with many commenters bemoaning piles of fresh food going to waste while so many people go hungry.

Tart cherries are a unique fruit. They are only grown in a few states, with most coming from Michigan. Their shelf life is only a couple of days, and therefore they require processing right after harvesting. They’re either frozen or used for products like pie filling, cherry concentrate and jam.

Crop yield also varies significantly from year to year. That’s one of the reasons the U.S. Department of Agriculture imposes an order on the industry, which growers and processors regularly agree to, that limits the amount of cherries that can be sold each year to match demand. The goal is to keep prices more stable for farmers.

This year, there is a surplus of over 100 million pounds of tart cherries, according to the Detroit Free Press.

There are some alternatives to dumping. Processors can choose to hold stock in reserve to release in a future year when there is a shortfall. Santucci told The Huffington Post that his processor took about half of his excess cherries for that purpose.

There’s also donating. The Michigan Agricultural Surplus System works with over 70 farms in the state to take surplus crops and produce that is considered too “ugly” for retailers to sell. Farmers get paid a little to cover their costs, and MASS sends hundreds of thousands of pounds of fresh, healthy food to organizations around the state that give it out to needy families.

“I’m devastated to see what he did, and what I’m sure others are doing, when I’m sure there are families that would love to be able to have tart cherries,” said Kath Clark, food programs manager for the Food Bank Council of Michigan, which is responsible for MASS.

It’s not a problem that only affects cherries, Clark said. She described farmers harvesting potatoes, putting them into storage, and then, after finding out they don’t meet cosmetic standards, having to spread them back on their fields to rot.

In the U.S., up to 40 percent of the food that’s produced never gets eaten. Each year, about 7 percent of what’s planted on farms isn’t harvested, according to a 2012 Natural Resources Defense Council report.

Donating is trickier for tart cherries, because they require both farmers and processors ? many working at capacity during the harvest ? to be on board and coordinate with the food bank program in a short time period.

Clark said she works with one grower who is donating about 40,000 pounds of tart cherries this year. The viral Facebook post inspired Clark to reach out to Santucci, and now that he knows there is a processor who will accept donated cherries, he plans to donate next time there’s a surplus.

Santucci believes the bigger problem is the rule restricting how many cherries are allowed to be sold domestically ? though many other farmers say it provides necessary stability.

Santucci said tart cherries imported from Turkey and Eastern Europe have made up increasingly larger portions of the market, and limiting the amount of domestic cherries makes it worse.

“In an effort to support the prices of cherries, we’re actually increasing imports,” Santucci said.

Santucci’s Facebook photo has received much more attention, and heated reactions, than he was expecting. But he hopes it might help spark change. 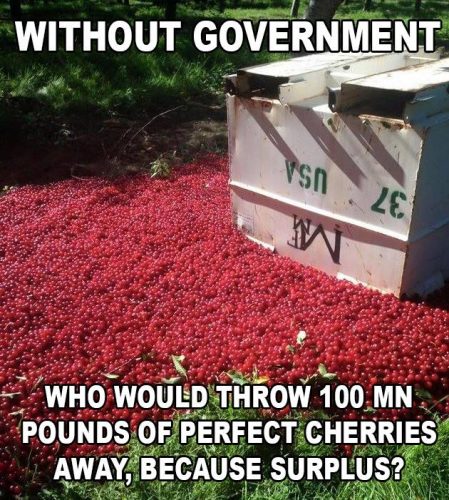