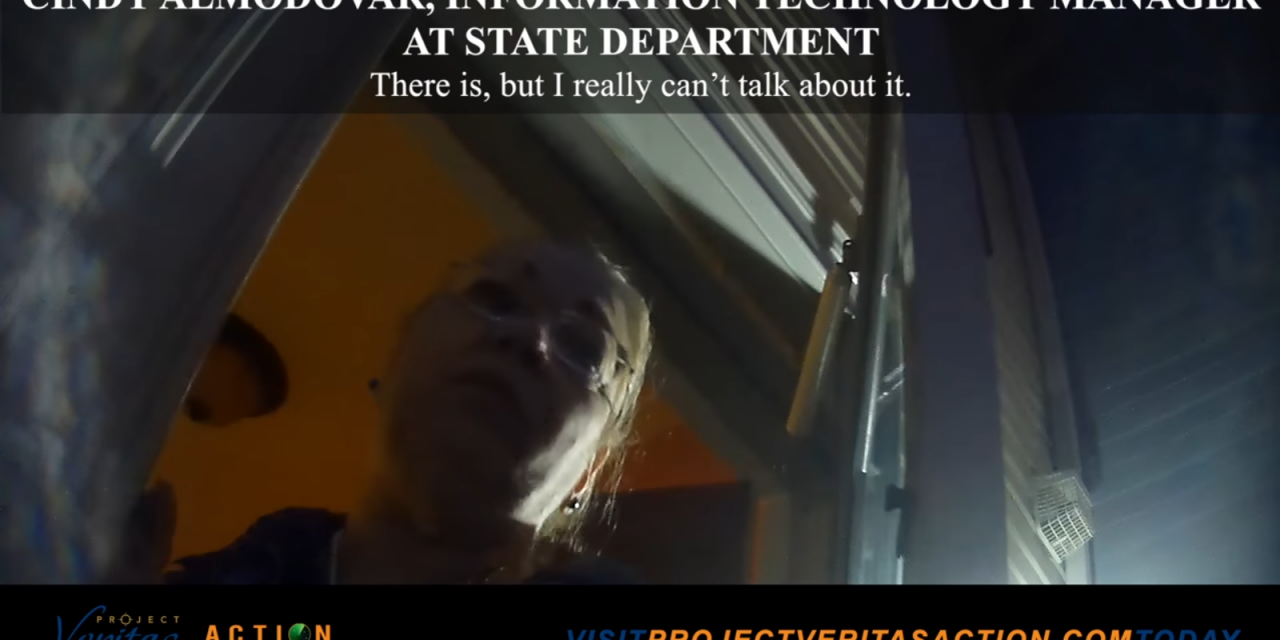 In the video, Cindy Almodovar – who spoke with Huma Abedin about email issues that were going on – admits that the FBI didn’t interview her.

In December 2010, U.S. Department of State IT Systems Administrator Cindy Almodovar reported that she met with Huma Abedin for thirty minutes regarding emails at the then unknown, but now notorious, @clintonemail.com site. Here’s is the text from that email exchange:

“From: Almodovar, Cindy T
Sent: Friday, December 17, 2010 11:17 AM
To: SES-IRM_Tech
Cc: SES-IRM_FO-Mgt
Subject: Meeting with Huma
I met with Huma for about 30 minutes to go over mail issues.
She gave me some examples listed below, but also, things are inconsistent. But issue #1 is of an e-mail which was sent to her twice this morning, did get received on <REDACTED> but was not delivered. See details below.

I have a contact for the @clintonemail site, his name is Bryan Pagliano and he actually now works for State, but he apparently set all of this up.

Huma sent several tests from her clintonemail account to Lona and myself – they were received. But there are many messages and responses not received.

As a result of subsequent investigations regarding Secretary Hillary Clinton’s use of a private email server, the Office of Inspector General for the U.S. State Department reported the following:

From the unclassified May 2016 State Department report ESP-16-03:
Two staff in S/ES-IRM reported to OIG that, in late 2010, they each discussed their concerns about Secretary Clinton’s use of a personal email account in separate meetings with the then-Director of S/ES-IRM. In one meeting, one staff member raised concerns that information sent and received on Secretary Clinton’s account could contain Federal records that needed to be preserved in order to satisfy Federal recordkeeping requirements. According to the staff member, the Director stated that the Secretary’s personal system had been reviewed and approved by Department legal staff and that the matter was not to be discussed any further. As previously noted, OIG found no evidence that staff in the Office of the Legal Adviser reviewed or approved Secretary Clinton’s personal system. According to the other S/ES-IRM staff member who raised concerns about the server, the Director stated that the mission of S/ES-IRM is to support the Secretary and instructed the staff never to speak of the Secretary’s personal email system again.

The director referred in the OIG report is John Bentel. In 2010, he was the State Department employee who managed IT security issues for the top echelon of the department.  He told FBI investigators those conversations back in 2010 never occurred.   In March of 2016, Bentel refused to answer questions from Senate investigators and asserted his Fifth Amendment right 87 times during a deposition for a civil lawsuit related to Hillary Clinton’s use of a private email server.”
Here’s a transcript of the exchange between Project Veritas’s journalist and Cindy Almodovar.

Almodovar: No. No one has come to the door. You’re the first one.

“Even though her name stands out in the emails released by the FBI, no one from the FBI ever spoke to Aldomovar,” said Project Veritas Action founder James O’Keefe. “No one interviewed her or made any attempt to get to the bottom of what information she might have about this case that is so important to national security.  It made us wonder…who else the FBI neglected to talk with.”