FBI Director Comey To Trump: No Evidence The Russians Influenced the Election 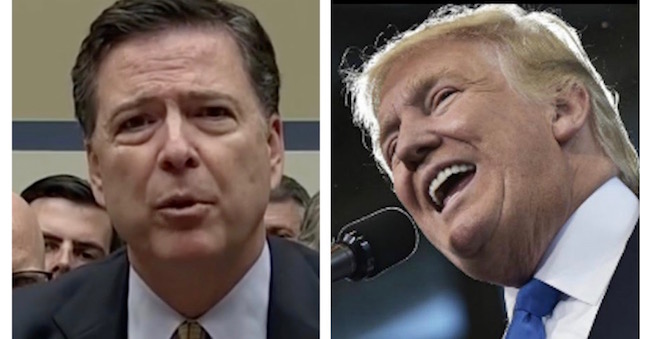 This election has become a spectacle that will go down in history, with a soon coming leak that will likely end the CIA director John Brennan’s career. According to journalist Ed Klein, FBI Director James Comey has told President-elect Donald Trump via a telephone conversation that there was no evidence that the elections were tampered with and Russia influenced the U.S. elections like the CIA has claimed. 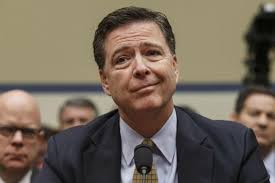 FBI Director Comey assured President-elect Donald Trump there was no credible evidence that Russia hacked any of the U.S. elections, the Democratic National Committee, Colin Powell, the Soros Open Society Foundation or the e-mails of John Podesta, the chairman of Hillary Clinton’s presidential campaign.

What’s more, Comey told Donald Trump that James Clapper, the director of National Intelligence, agreed with the FBI’s own assessment. Comey went on to say that “The only member of the U.S. intelligence community who was ready to assert that the Russians sanctioned the hacking was John Brennan, the director of the CIA,” according to sources who were briefed on Comey’s conversations with Trump,” Ed Klein, writes.

That leaves the CIA with it’s pants down exposing that the whole narrative that Russia hacked the election is nothing more than CIA propaganda.

“And Brennan takes his marching orders from President Obama,” the sources quoted Comey as saying.

Klein went on to say that, “In Comey’s view, the leaks to the New York Times and the Washington Post alleging that the Russians tried—and perhaps even succeeded—in tilting the election to Trump were a Democratic Party effort to delegitimize Trump’s victory.”

However Comey informed President-elect Trump that “the FBI had been on alert for the past year to the fact that the Russians would try to cause mischief during the U.S. presidential election.”

He further noted that “whether the Russians did so remains an open question,” adding that it was “just as likely that the hacking was done by people who had no direct connection to the Russian government.”

As Fox’s Sean Hannity noted, “If Klein’s reporting is accurate, this would be a powerful blow to the current left-wing narrative that the Russian government intervened on behalf of the President-elect during the 2016 presidential election.”

Indeed this would be a powerful huge blow to the narrative being pushed right now and it would also deal a blow to the CIA, an agency that is notorious for disinformation – coining the phrase in the 1950’s leading up to the exposure of the CIA’s Operation Mockingbird in a hearing in 1975, dubbed the Church Hearing after Senator Frank Church. If James Comey really did brief Donald Trump about this, things are heating up inside the ongoing war between and inside intelligence agencies that was made known leading up to November 8th election, when rogue FBI agents began leaking information and took over the FBI Vault’s twitter account and tweeted out documents on Bill Clinton’s pardon of fugitive Marc Rich just one of many questionable pardons.

Comey was accused just last week by ex-Senator majority leader Harry Reid of being under control of the Russians and he called him the new J. Edgar Hoover and said he should resign – an absolutely absurd conspiracy theory that was not backed by any facts but speculation.

This also comes as several veteran intelligence officials have questioned the CIA’s allegation that Russia hacked the election, claiming the NSA would have known and had information and been able to track the perpetrators, a similar statement that former UK ambassador of Uzbekistan Craig Murray made when he claimed to have flew to the U.S. and met the alleged Wikileaks source in a DC park.

It’s also worth noting that the Chairman of the House intelligence committee Devin Nunes has said that the latest statements on the Russian “election hack” conflict with earlier briefings on the matter.

Everything might be falling apart here for the CIA and a blow like this might be hard to recover what’s left of their reputation from, especially following the hacking of the Senate Oversight Committee in 2014 over the CIA’s controversial torture report.