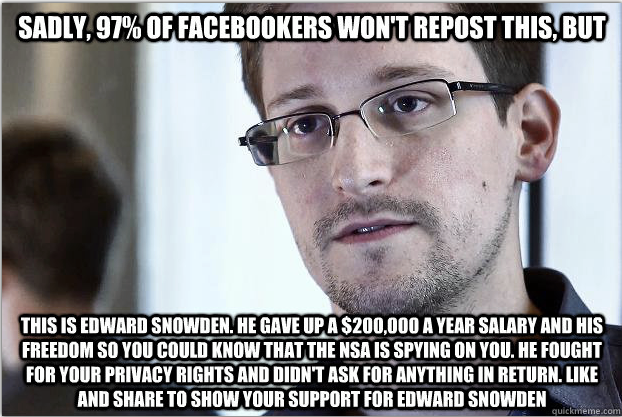 Federal authorities in the United States have reportedly set their sights on a government contractor suspected of being the source responsible for leaking documents in the aftermath of the unauthorized disclosures attributed to Edward Snowden.

Investigators recently raided the home of the individual, according to a report published on Monday this week by journalist Michael Isikoff, in accordance with a search warrant filed by federal authorities in the midst of an effort to identify the source of classified documents recently published by The Intercept — the online publication founded by Glenn Greenwald, the lawyer-turned-columnist who has worked for the last year-and-a-half on a trove of documents pilfered from the National Security Agency by Snowden, a former contractor for the American spy agency.

While Snowden, 31, identified himself as the source of the NSA leaks in June 2013 before federal prosecutors could out him, two reports published in recent months by The Intercept concerning the US government’s use of “no-fly” watchlists suggested that a second, publicly unknown source within the intelligence community has colluded with Greenwald and company.

In “Citizen Four,” a documentary about the Snowden saga currently being screened at select theaters in the US, Greenwald and fellow Intercept journalist Jeremy Scahill acknowledge that a new source has provided the reporters with information in the wake of the NSA leaks.

“The person is incredibly bold,” Snowden says of the unnamed leaker in the Laura Poitras-directed film

“It was motivated by what you did,” Greenwald responds on camera. The Intercept has previously refrained from naming their source, and Isikoff neglected to disclose the identity of the individual in this week’s report. Nonetheless, he alleges in Monday’s article that federal investigators have narrowed in on the person, purportedly a government contractor, and are weighing what sort of legal action, if any, they’ll take next.

Should authorities take the same route with this suspect as they did with Snowden, then the source could expect to be prosecuted under the Espionage Act — a World War One-era legislation originally intended to charge foreign spies but since used no fewer than seven times by the current administration to indict government officials accused of providing classified information to the media.

According to Isikoff, however, unnamed Justice Department officials implied that the administration may refrain from opening up another espionage case:

“But the case has also generated concerns among some within the US intelligence community that top Justice Department officials — stung by criticism that they have been overzealous in pursuing leak cases — may now be more reluctant to bring criminal charges involving unauthorized disclosures to the news media, the sources said. One source, who asked not to be identified because of the sensitivity of the matter, said there was concern ‘there is no longer an appetite at Justice for these cases,’” Isikoff wrote.

“Investigators are continuing to pursue it, but are not ready to charge yet,” he quoted another anonymous source as saying.

Although details about the latest suspected leaker are scant, Isikoff reported exclusively for Yahoo this week that, according to law enforcement and intelligence community sources familiar with the matter, the FBI has already scoured the home of the government contractor in question, and a formal criminal investigation is underway. Both Scahill and John Cook, editor of The Intercept, told Isikoff ahead of Monday’s article that they have yet to hear from the FBI concerning the alleged investigation. Commenting to the reporter, however, Scahill said that a probe would be par for the course with regards to the current administration’s propensity for pursuing charges against leakers.

“The Obama administration in my view is conducting a war against whistleblowers and ultimately against independent journalism,” Scahill said to Isikoff.

“Any attempt to criminalize the public release of those stories benefits only those who exercise virtually limitless power in secret with no accountability,” added Cook.

As RT reported previously, the Intercept articles in question, penned by Scahill and co-author Ryan Devereaux, have exposed publicly for the first time the real scope of the secretive watchlist programs used by the US government to keep suspected terrorists out of American airspace.

According to The Intercept’s reporting, the number of individuals on those watchlists have grown exponentially, and now contains mostly persons with absolutely no nexus to terrorism.