FCC’s Ajit Pai: Net Neutrality is a “Solution That Won’t Work to a Problem That Doesn’t Exist” 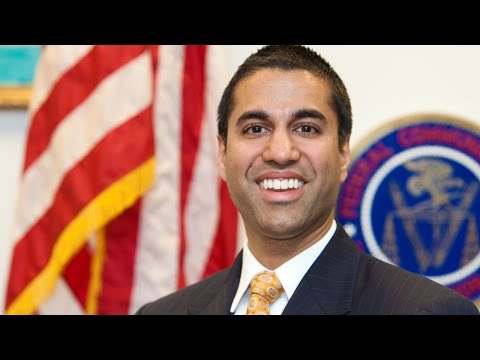 Net Neutrality is “a solution that won’t work to a problem that doesn’t exist,” says Ajit Pai, a commissioner at the Federal Communications Commission (FCC).

Pai is an oustpoken opponent of expanding government control of the internet, including FCC Chairman Tom Wheeler’s plan to regulate Internet Service Providers (ISPs) under the same Title II rules that are used to govern telephone-service providers as public utilities. Under current FCC regulations, ISPs are considered providers of “information services” and subject to essentially no federal regulation.

He is also sharply critical of President Barack Obama’s very public push to influence policy at the FCC, which is technically an independent agency. Last year, it was widely believed that Wheeler, a former head of the National Cable & Telecommunications Association, would not push for Title II. Pai calls the president’s actions—which included “creating a YouTube video of with very specific prescriptions as to what this agency should do”—unprecedented in his experience. Coupled with the fact that “the agency suddenly chang[ed]course from where it was to mimic the president’s plan,” says Pai, “suggests that the independence of the agency has been compromised to some extent.”