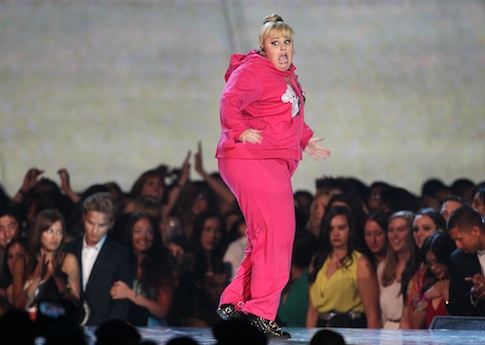 The federal government is spending nearly a half a million dollars to find out why obese teenage girls have a hard time getting dates.

The National Institutes of Health (NIH) awarded a$466,642 grant last week for the study, which will examine whether social skills have an impact on why obese girls have fewer dating experiences than their less obese counterparts.

“The conceptual framework that has guided this research presumes that differences in the social skills for relating to peers and intimate partners along with differences in the relationship experiences of obese and non-obese girls account for these differences,” it said.

“However, no studies have actually examined whether the interpersonal skills and intimate relationships of obese and non-obese girls differ.”

Professors at the Magee-Womens Research Institute and Foundation in Pittsburgh will try to answer this question over the next four years. The end date for the project is listed as May 2018.

The study will specifically look at whether overweight teen girls develop relationship skills later in life, and will compare their “trajectories of romantic and sexual relationship characteristics” with others. The researchers will also contrast “obese and non-obese African American and White adolescent girls.”

The grant called the project “innovative.”

“Our proposal is innovative as it is the first study to explore relationship context as a mechanism linking obesity to adolescent girls’ sexual risk-taking behaviors,” it said.

The study will use national and population-based data to find “nuances” for understanding how social skills affect dating behaviors.

The project also said it is important to public health because the results could be used for “sexual risk-reduction interventions” and “sexual negotiation skills building programs.”

The study is being led by Dr. Aletha Akers, an assistant professor in the Department of Obstetrics, Gynecology & Reproductive Sciences at Magee-Womens Research Institute.

Akers has been studying the issue for years. Results of a 2009 study found that actual body weight had no influence over whether a teenager was sexually active, but perceptions of being overweight did.

Her latest project, entitled, “Role of Romantic Relationships in the Sexual Behavior of Obese and Non-Obese Girls,” is a follow up to a preliminary study Akers conducted for the NIH.

She also authored a research paper entitled, “When you got nothing to do, you do somebody,” that concluded teens who lack parental supervision and community activities are put in situations that “promoted sexual and other risk behaviors.”