First Amendment For Some? Portland Rioters Attacking Members of the Press 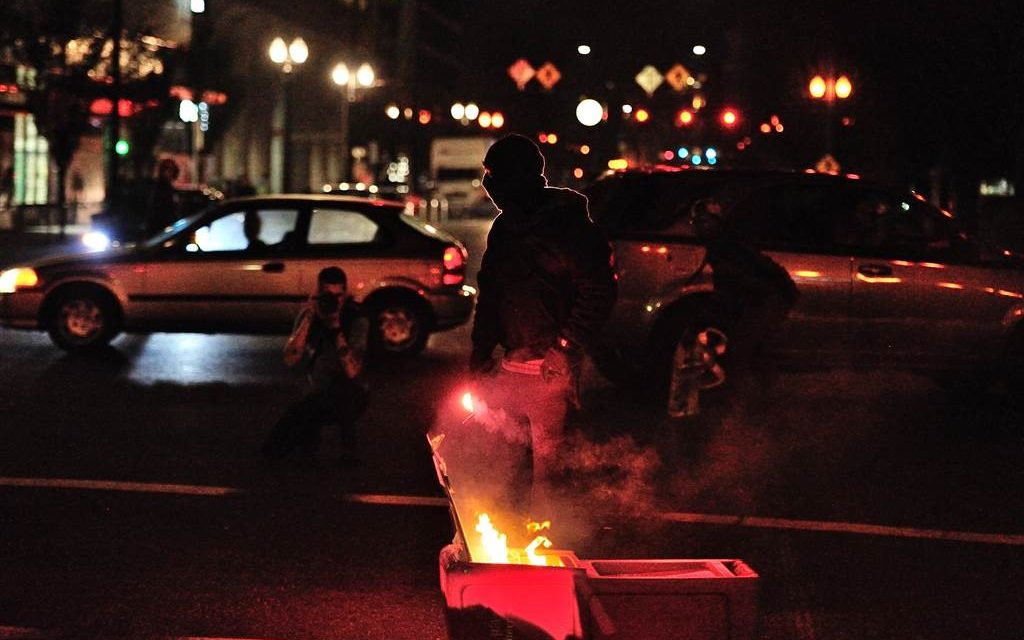 Portland rioters handed out flyers on Saturday evening, threatening press and others that they better not film their actions — before attacking a camera crew, again. 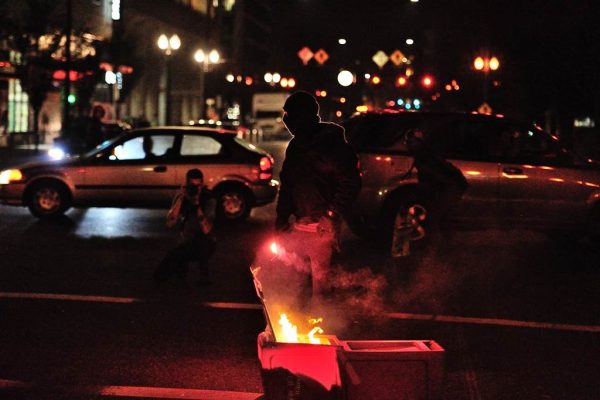 The Oregon city has been experiencing some of the most violent protests in the nation — with multiple assaults reported and even a shooting. On Saturday evening, 71 people were arrested — including the two involved in the shooting, who are now charged with attempted murder. The victim was hospitalized with non-life threatening injuries.

A group of rioters had also attacked a camera crew with a baseball bat at a protest in the extremely liberal city on Thursday evening.

Anarchists hit one of the @KGWNews cameras. w/ bat #BlackLivesMatter protesters came to their aid & chased the anarchists off #Portland #PDX

Instead of the situation calming, it seems to have only grown more hostile towards the press over the weekend. On Saturday, the fifth day of protests, multiple members of the press were assaulted.

“Some protesters attacked a film crew. Bottles being thrown at police. Distractionary ‘bang’ devices being used to effect arrests,” the Portland Police tweeted after midnight on Sunday.

Some protesters attacked a film crew. Bottles being thrown at police. Distractionary "bang" devices being used to effect arrests.

A flyer being distributed at the demonstration warned people to put down their cellphones, and began with large bold letters stating, “DONT(sic) SNITCH EVER.”

The flyer read as follows:

PUT DOWN YOUR CELLPHONES AND PARTICIPATE

A FEW THINGS YOU CAN DO:

DRINK SOME WATER AND CHILL

CONSIDER THIS A WARNING.”

A journalist at the Pacific Sentinel also reported that he was “warned” by masked protesters not to film them, and was also threatened in his direct messages on Twitter.

I wasn't gonna mention it, but at the outset of the Pioneer Square march masked protesters warned me not to film them. #PortlandProtest

that flier also came through my direct messages :-/. It's definitely dangerous out there.

Bivins described seeing a local news camera being smashed, and said that the “danger is no secret.”

On Monday morning, high school students in Silver Spring, Maryland, and Los Angeles, walked out of their classes in protest.