For The First Time, Companies Begin Implanting Microchips Into Workers 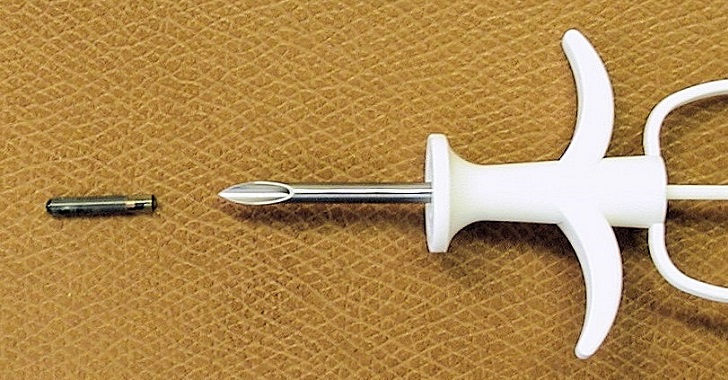 Craving more of a science fiction-style existence? Perhaps you should seek a job with one of the companies at Epicenter, an employment hub in Sweden.

The Associated Press reported Monday that companies there have begun implanting microchips in their employees, marking the first time the practice has been used on a broad scale.

“What could pass for a dystopian vision of the workplace is almost routine at the Swedish start-up hub Epicenter,” AP reports. “The company offers to implant its workers and start-up members with microchips the size of grains of rice that function as swipe cards: to open doors, operate printers or buy smoothies with a wave of the hand.”

Epicenter, home to more than 100 companies and about 2,000 workers, began offering the implants in January of 2015. Now, about 150 workers have been chipped.

“The biggest benefit, I think, is convenience,” Patrick Mesterson, Epicenter co-founder, told AP. “It basically replaces a lot of things you have, other communication devices, whether it be credit cards or keys.”

A “body hacker” shows up at your office, ready with a preloaded syringe. He injects the chip into the fleshy part of the hand near the thumb. Now you’re a cyborg.

The chips use near-field communication technology, the same as in credit cards. When swiped by a reader a few inches away, data flows via electromagnetic waves. The chips are passive, meaning they contain information but can’t read other devices.

The technology isn’t new. Such chips are used for things such as tracking deliveries and virtual dog collars. And there have been other, isolated cases of companies chipping their employees in the past.

But Epicenter is bringing it to a whole new level, and workers there seem alright with the idea. In the article, the general attitude is perhaps best captured by the comment of one 25-year-old worker:

“I want to be part of the future.”