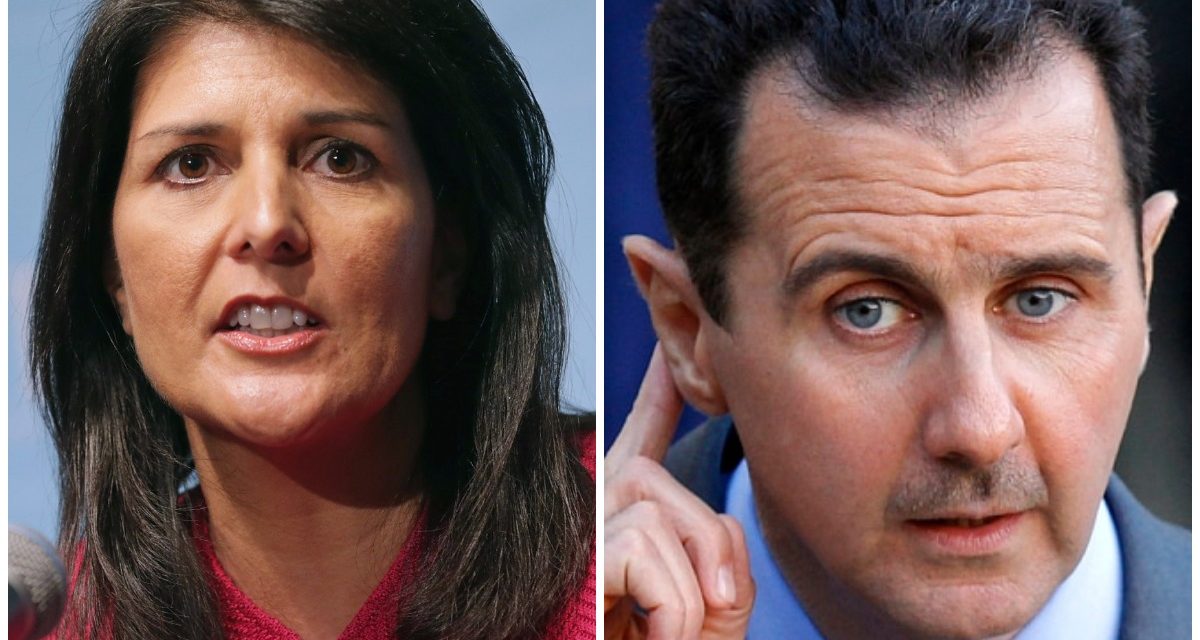 Last week, US officials suggested what was seemingly a major policy change, insisting that the future of Syrian President Bashar Assad was up to the Syrian people, and that the US was accepting “reality” in moving away from demands for Assad’s ouster.

Today, US Ambassador to the UN Nikki Haley dialed that change back quite a bit, insisting that “Assad is always a priority,” and that the US wants to see him charged as a war criminal. She also dismissed the idea of Assad participating in future elections, insisting that the Syrians “don’t want” Assad anymore.

This may result in the US policy change being a distinction without a difference, as Secretary of State Rex Tillerson’s call to respect the will of the Syrian people doesn’t count for much if it is the Trump Administration themselves who get to decide what the Syrian people’s will is.

Around the election and ahead of the inauguration, President Trump was seen very keen on shifting US policy in Syria, focusing exclusively on ISIS and potentially ending the US program to arm the rebels. Recent reports, however, suggest that the arming of rebels has resumed, and  the focus on ISIS might simply be a temporary shift in an open-ended US involvement in Syria.