For The First Time In History, Alternative Media May Be Granted Access To White House Briefings 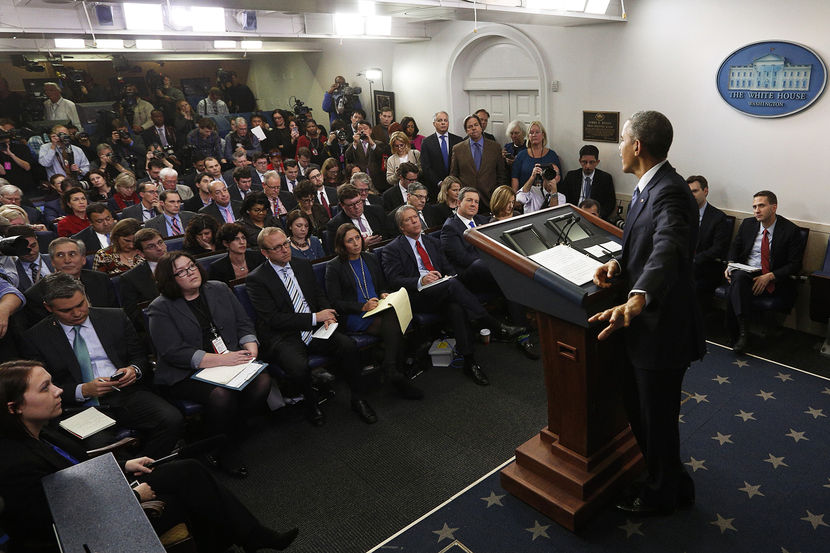 Under the proposal, Trump’s team is seeking a new venue to replace the old James S Brady press briefing room.

Sean Spicer said on Sunday, that due to “off the chart demand” in the new administration, the president-elect is considering moving briefings to a venue with a greater capacity.

“We are looking at spaces in the white house that will allow more journalist to cover until I think sometimes change is scary but change can be good,” Spicer said. “I am working with reporters getting their insight but the idea that you can involve more people be more transparent and have more accessibility should be seen as a welcome change.”

Spicer also said this change would give greater accessibility to more people.

“There are a lot of talk radio and bloggers and people who can’t fit in right now and maybe don’t have a permanent seat, because they’re not a part of the Washington elite media,” Spicer said. “But to allow them an opportunity to ask the press secretary or president a question is a positive thing and it’s more democratic and it should be welcomed.”

The venue could be inside the Old Executive Office Building, just west of the White House, reported Esquire magazine.

Jeff Mason, the WHCA president and Reuters White House correspondent disagrees, and said that he made it clear to the Trump administration that it would be viewed as “unacceptable.”

“I made clear that the WHCA would view it as unacceptable if the incoming administration sought to move White House reporters out of the press work space behind the press briefing room,” Mason said. “Access in the West Wing to senior administration officials, including the press secretary, is critical to transparency and to journalists’ ability to do their jobs.”

As Spicer said, this is indeed a more democratic move, and a push for better relations with the general public.