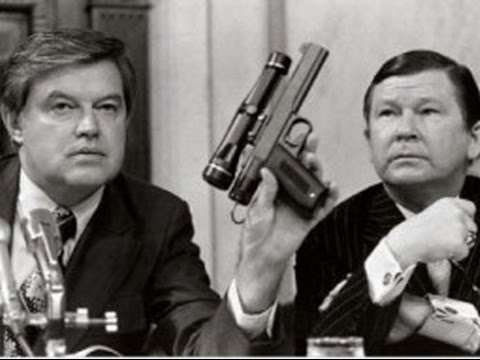 Udo Ulfkotte, a brave, selfless, hero died on Friday at the age of 56. The legacy he leaves behind is one that gives context to today’s geopolitical relations between the United States and Russia.

Ulfkotte was a world-class German journalist, working for a major Germany newspaper, who came out and exposed how the mainstream media lies for the CIA. In an interview with RT in October 2014, Ulfkotte explained the CIA’s practice of manipulation and bribery:

“I’ve been a journalist for about 25 years, and I was educated to lie, to betray, and not to tell the truth to the public. But seeing right now within the last months how the German and American media tries to bring war to the people in Europe, to bring war to Russia — this is a point of no return and I’m going to stand up and say it is not right what I have done in the past, to manipulate people, to make propaganda against Russia, and it is not right what my colleagues do and have done in the past because they are bribed to betray the people, not only in Germany, all over Europe.”

Ulfkotte also revealed that he was forced to publish the work of intelligence agencies under his name, and he was threatened with termination if he did not comply. The main reason he said he came out was because the intelligence agencies were pushing disinformation in order to push for war between Europe and Russia.

Ulfkotte’s death was allegedly the result of a heart attack. However, he was aware the possible repercussions that could come from what he was exposing. In an interview with Russia Insider, he said:

“When I told the Frankfurter Allgemeine Zeitung (Ulfkotte’s newspaper) that I would publish the book, their lawyers sent me a letter threatening with all legal consequences if I would publish any names or secrets—but I don’t mind. You see, I don’t have children to take care of.”

He knew he would face persecution from the state, and he did. Ulfkotte told RT that German prosecutors searched his house on at least six separate occasions.

Similar information was disclosed through the Church Committee Senate hearings that happened in 1975 with Sen. Frank Church leading the way and exposing the fact that the same thing happened in the U.S. with Operation Mockingbird.

This all brings us back to now, where we are seeing intelligence agencies and the mainstream media pushing for war with Russia, and clashing against Trump. Ulfkotte also revealed the fact that there are mainstream media journalists who have been trained as CIA operatives, which is a topic WeAreChange has covered extensively over the years.

[VIDEO: Anderson Cooper Confronted On Being In The CIA]

Also at the Church hearings, it was revealed that the CIA has developed a poison dart gun that “gives deadly heart attacks and leaves no trace.”

We don’t have all of the facts, and we don’t know exactly what happened to Ulfkotte, but we do know that he was a hero who put everything on the line in order for you to know the truth.