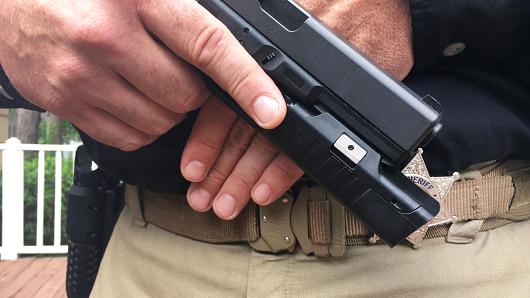 The St. Petersburg Police Department is testing a gun mounted camera. The small camera fits on the rail under a barrel normally used for flashlights and other devices. The camera is activated every time it’s pulled out of the holster and records exactly where the weapon is pointed. It’s WIFI and Bluetooth connected and sends its location to commanders and nearby officers, alerting them to the situation. 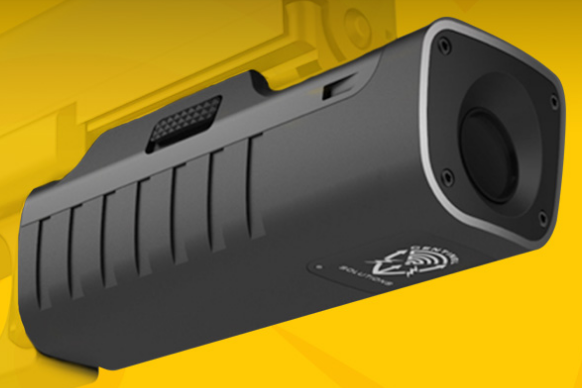 Last year, there were 205 incidents in which officers with the St. Petersburg Police Department drew their weapons. The city is the 5th largest in Florida and had 20 homicides in 2015. The department already uses dash cameras in traffic vehicles, transport vans and in a gang unit.

The company who makes them, Centinel Solutions, says:

“The Centinel Solutions Shield Police Gun Camera can provide a more complete picture of officer-involved shootings that other systems cannot. By combining the first-person point-of-view perspective with advanced recording and storage software, the Shield Camera ensures unobstructed justice for law enforcement and the community.”

The city and the department is considering cameras in order to build trust, said Anthony Holloway, Chief of Police with the St. Petersburg Police Department in Florida.

“People want to hold police officers accountable and know that the way force was used was appropriate,” said Ron Brooks, a former California cop with 38 years’ experience who now runs consulting firm Brooks Bawden and is advising Centinel on their marketing strategy.

“Our communities and our officers shouldn’t have to rely on bystander smartphones to capture the true story of officer-involved shootings. The Shield Police Gun Camera has one objective: to easily and accurately capture the circumstances of a use-of-force event from start to finish. Where other camera systems fall short, the Centinel Solutions Shield Camera excels by providing officers and citizens with a better, unobstructed perspective during crucial moments without hindering an officer’s ability to act.”

Gun-mounted cameras are a part of the estimated $1 billion annual U.S. market for law enforcement camera hardware and software.

“We’re in the business of having an unbiased tool which can solve one of the most contentious problems in the U.S. right now,” said Centinel CEO, Max Kramer.

Though the devices themselves cost roughly the same as body cameras — several hundred dollars apiece — the video transmission and storage costs are substantially lower, since the cameras are recording much less footage, said Holloway. That means far less video for police departments to transfer, store and protect.

Cameras on guns provide a better point of view than body-worn cameras, since they are usually aimed directly at the suspect and are less likely to be blocked when an officer shields their torso behind something, say proponents of the technology. 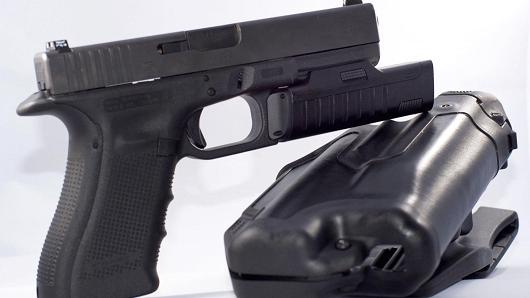 Along with the camera, the system includes an app, compatible with iOS and Android devices and a portal which can be logged into. Centinel explains:

“The Shield App allows officers to easily report critical engagements in real time to your portal, capturing important metadata, and transferring them into advanced analytics for both the community and the full spectrum of your deployment.”

Privacy and security experts have warned about the possibility of police systems getting hacked, evidence tampering, over-policing in certain communities and a future in which facial recognition technology might be added onto police cameras.

As human beings, we go to all this time and trouble to develop a reliable camera that can attach to a gun, an app and a portal we can sign into but we don’t discuss why this is necessary. It is distinctively creepy that we have casually created an app to accompany our gun as if we were downloading the latest update for Snapchat.

Why do we carry guns and what purpose to they serve for the community? There are countries in Europe where the police do not carry guns and the citizens would not want to need to carry a gun.

Regardless of which side one falls on the gun ownership issue, perhaps we should think about what kind of culture we want instead of putting up with the one we have been given.

This technology and the social norms supporting its use only perpetuate the idea that we should continue using guns and shooting each other. This isn’t logical. No amount of technological development and gadgets can obscure the fact that in 2017 we are still violently attacking each other in a dystopian scenario.

No amount of cameras is ever going to make that our best option in life. A violent culture in not inevitable. It is a choice. This may sound crazy but perhaps stopping shooting each other is the best way to gain back trust in each other.