Immigrant Detained After Bold Press Conference About Her Fears of Deportation 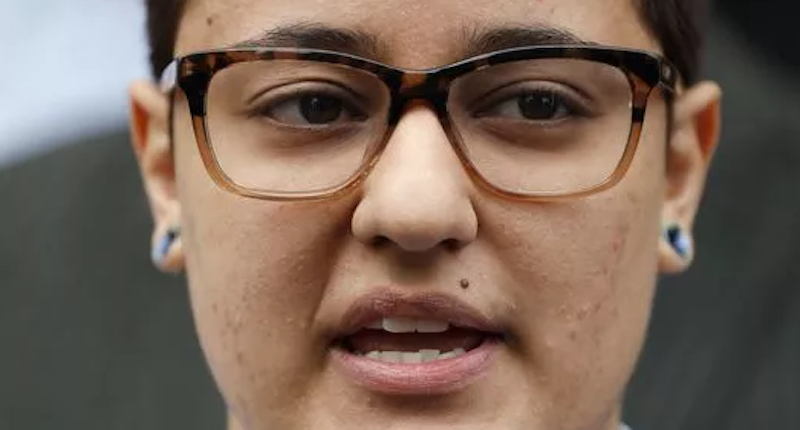 An immigrant who let her legal status lapse was detained by Immigration and Customs Enforcement in Mississippi, following a press conference where she spoke about her fears of deportation.

Daniela Vargas, 22, spoke at a press conference organized by local immigration attorneys, churches and the Mississippi Immigrants Rights Alliance outside Jackson City Hall on Wednesday morning. Following the event, a friend who was giving Vargas a ride was pulled over on the highway and the young woman was detained.

Vargas was part of the Deferred Action for Childhood Arrivals program after coming here with her family from Argentina when she was seven years old, but her status recently expired. Her attorney claims that they had already filed to renew it, and that her status is “pending.” Under the terms of the program, recipients must reapply for their “Dreamer” status every two years.

Her attorney, Abby Peterson, told the Clarion-Ledger that ICE agents told her that her client is a VISA overstay.

In February, Vargas’ brother and father had been detained by ICE agents as she hid in the closet of the home. After being discovered by agents, she was handcuffed, but later released.

Vargas remains in ICE detention without a bond option.

Last month, the Department of Homeland Security issued a new set of instructions to Customs and Border Protection and ICE to increase the deportations, as laid out in President Donald Trump’s executive order.

The memo, sent out by DHS, ordered the immigration agencies to take a hard stance with undocumented immigrants by immediately identifying, detaining, and deporting anyone they encounter that is not carrying the appropriate identification.

While those who are complying with their DACA programs are not currently at risk, the memo stated that the program “will be addressed in future guidance,” leaving open the possibility for changes.

Spicer clarified during his news briefing last week that the DHS memo does not address DACA, but that does not mean that the President will keep the program in place.

Until potential changes to the program are announced, it would be wise for those who are concerned about being deported to spend more time submitting their documentation in a timely manner and less time holding press conferences.