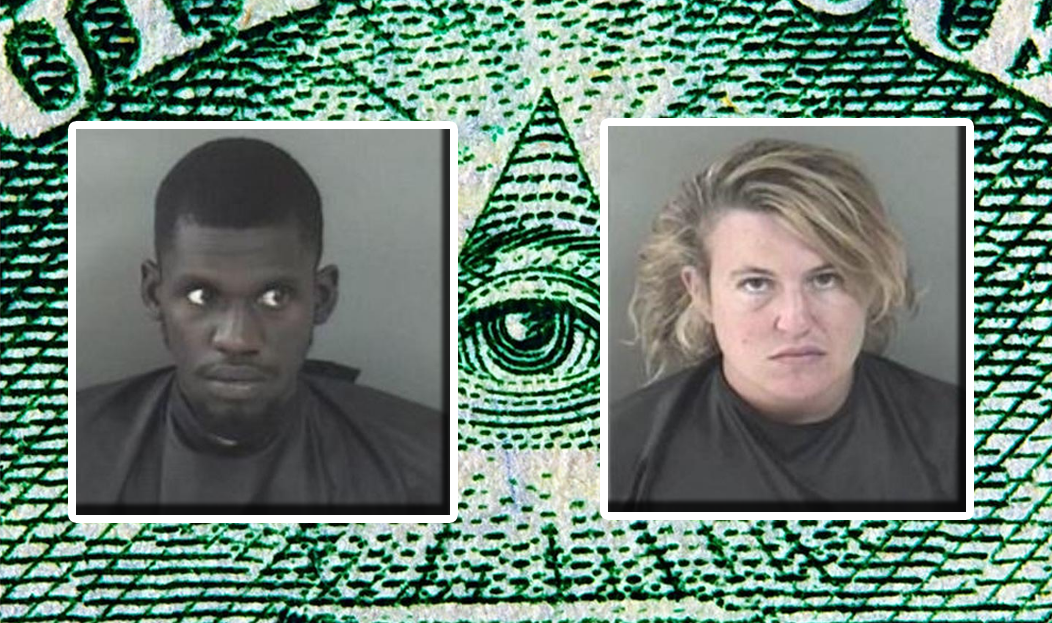 A Florida couple tried to get out of an arrest for public indecency by proclaiming they are part of the Illuminati.

The Sebastian Daily reports Kristen Morrow, 37, and George Major Harris, 25,  were arrested after their neighbor complained the two were doing something under a blanket. Law enforcement arrived to perform a welfare check of the area and was just five feet away from the couple when Morrow “came out from under the blanket and started yelling,” the deputy said.

“I am part of the Illuminati and free masons. You have no authority and I don’t have to leave,” Morrow said, according to the report.

Morrow continued to “yell at the top of her lungs even as I stood a few feet from her,” the deputy’s report said. The woman also proclaimed that she was a “famous music talent” and had connections to judges that would cost the deputy his job.

“She continued to yell and rant that she was a famous music talent and she knew judges and her family would have my job,” the deputy wrote in the report.

At this point, the report claims that Harris joined the woman and began yelling that him and his partner were a part of the infamous secret society.

“He continued to yell along with the female about free masons and their impending music record deal and the celebrities, judges, and power their family had,” according to the report.

The couple was subsequently arrested and charged with disorderly conduct ABC Local 10 reported.

The P2 lodge in Italy and Washington DC lodge did not respond to this reporter when asked for a comment.