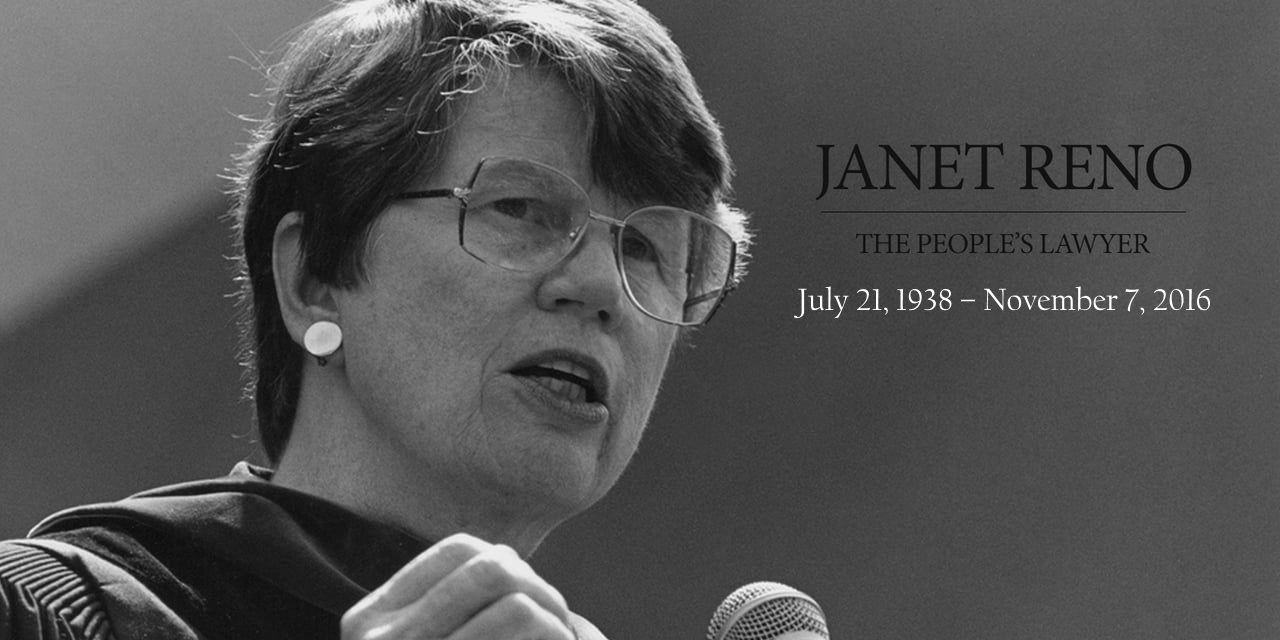 Former Attorney General Janet Reno has died from complications of Parkinson’s disease on Monday, according to her granddaughter, Gabrielle D’Alemberte. Reno was 78.

Reno is best known in the alternative media community as serving as prosecutor and exonerating the officers involved in Ruby Ridge, Idaho, in 1992 and in Waco, Texas, in 1993. Reno was sworn in as the first female attorney general on March 12, 1993, under the administration of Bill Clinton where she served in the role until 2001.

According to Republican strategist Dick Morris, also a former adviser to President Bill Clinton. Clinton wanted to drop Reno after his first term in office but Reno threatened to tell the media that it was Clinton, not she, who ordered the raid on the compound in Waco that ended with 76 men, women, and children killed when the building was burned to the ground.

“Then he went into a meeting with her, and he told me that she begged and pleaded, saying that . . . she didn’t want to be fired because if she were fired it would look like he was firing her over Waco,” Morris said. ” And I knew that what that meant was that she would tell the truth about what happened in Waco.

“Now, to be fair, that’s my supposition. I don’t know what went on in Waco, but that was the cause. But I do know that she told him that if you fire me, I’m going to talk about Waco.”Morris said Clinton disliked Reno.

“That was after Clinton had told me, ‘Janet Reno was the worst mistake I ever made,'” Morris said. “He hated her.” ~Source 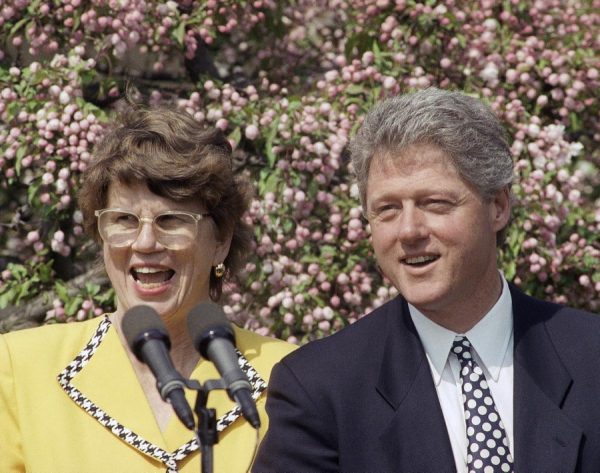