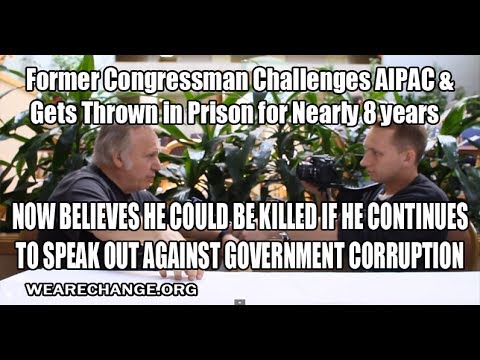 CLEVELAND (Reuters) – Former U.S. Representative James Traficant of Ohio, a brash, eccentric figure known for his bombastic speeches who went to prison for corruption, died on Saturday at age 73, his family attorney said.

Traficant had been hospitalized since Wednesday in critical condition after he lost control of his 1948 Ford tractor in the barn at his home in Greenford, Ohio, police said.

The tractor rolled over and pinned him underneath.

Family attorney Heidi Hanni said Traficant died at 11:30 a.m. She did not disclose a cause of death, and the local county coroner’s office said it would make a statement on Sunday.

The maverick congressman, a former sheriff from the gritty industrial city of Youngstown, was convicted in 2002 of racketeering, bribery, obstruction of justice and tax evasion.

The U.S. House of Representatives then voted nearly unanimously to expel him.

The burly Traficant had cut a singular figure in Congress, sporting dated bell-bottom pants and a mound of spiky hair, which was revealed to be a toupee when he went to prison.

He was known for frequent one-minute floor speeches – rants against free trade, foreign aid, the Internal Revenue Service and anything else he depicted as beating down his struggling constituents.

“Beam me up,” he would say, quoting from “Star Trek” and asking to be removed from what he saw as Washington absurdities.

A Democrat who often bucked his own party, Traficant managed to deliver federal money and projects to his district, which suffered from steel mill closures and high unemployment.

Traficant grew up in eastern Ohio and played quarterback at the University of Pittsburgh. He was drafted, but released, by the Pittsburgh Steelers professional football team.

He was elected Mahoning County sheriff in 1980 and became known for refusing to foreclose on out-of-work steelworkers.

While sheriff, Traficant successfully defending himself against charges of taking payoffs from mobsters to overlook loan-sharking, prostitution and drug trafficking. He convinced the jury he took the money in a one-man sting operation.

Publicity from that trial was Traficant’s springboard to Congress. He was elected in 1984.

While he was in Congress, a U.S. tax court ruled that he owed more than $100,000 in back taxes on bribes.
Still, he kept getting elected. Many voters viewed him as a champion of the regular guy and reveled in his earthy, in-your-face style.

A judge in 2002 sentenced him to eight years in prison after he was convicted of making his staff give him a portion of their paychecks and do chores on his farm and boat, as well as of taking bribes and favors from businessmen, and for concealing all this on his tax returns.

As he faced prison, Youngstown celebrated his folk-hero status when a local minor league baseball team gave free entry to fans wearing bad wigs and those who declared themselves to be “a son of a truck driver,” one of his frequent declarations.

Traficant ran for reelection from prison but lost.

He emerged from prison in 2009 and made an unsuccessful attempt to reclaim his old congressional seat.

He is survived by his wife, Patricia, and two daughters.