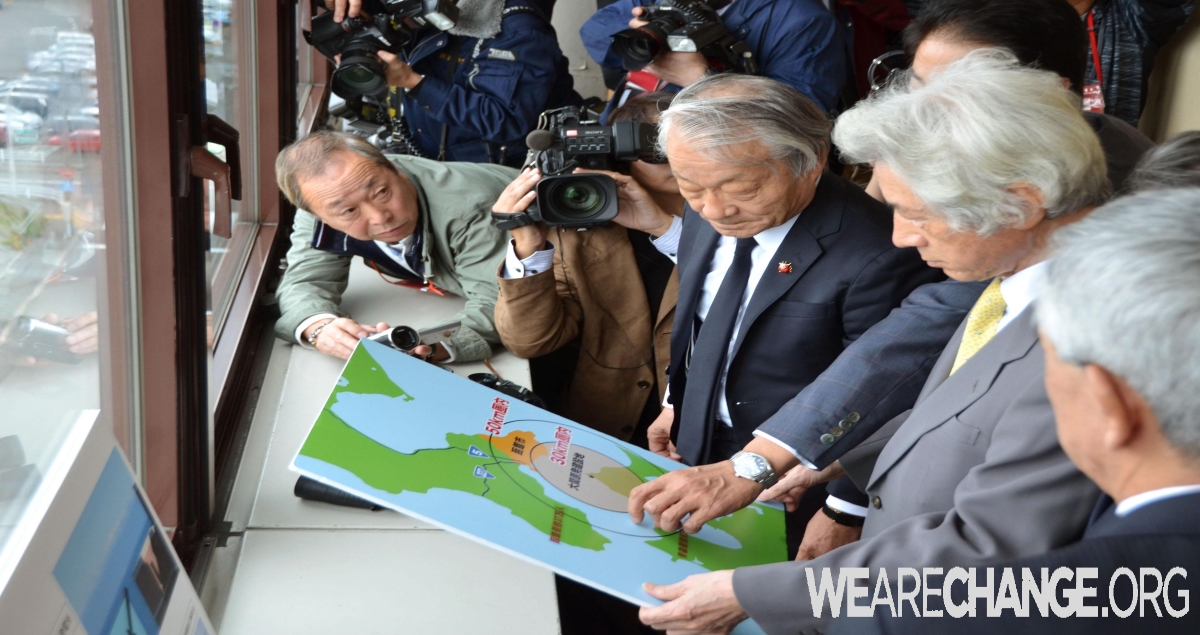 CARLSBAD, CALIFORNIA – Former Prime Minister Junichiro Koizumi has thrown his support behind a group of former U.S. sailors suing the operator of the Fukushima No. 1 nuclear plant. The sailors claim health problems they now suffer were caused by exposure to radiation after a triple meltdown at the plant following an earthquake and tsunami in March 2011.

Speaking at a news conference Tuesday in Carlsbad, California, with some of the plaintiffs, Koizumi said, “Those who gave their all to assist Japan are now suffering from serious illness. I can’t overlook them.”

The plaintiffs include crew members of the U.S. aircraft carrier Ronald Reagan, which provided humanitarian relief along the tsunami-battered coastline in a mission dubbed Operation Tomodachi.

Koizumi spent Sunday through Tuesday meeting 10 of the plaintiffs, asking about the nature of the disaster relief they undertook and about their symptoms.

“I learned that the number of sick people is still increasing, and their symptoms are worsening,” he told the news conference.

Koizumi called on those in Japan, both for and against nuclear power, to come together to think of ways to help the ailing U.S. servicemen.

The group of about 400 former U.S. Navy sailors and Marines alleges the utility did not provide accurate information about the dangers of radioactive material being emitted from the disaster-struck plant.

This led the U.S. military to judge the area as being safe to operate in, resulting in the radiation exposure, the group claims.

One of the plaintiffs at the news conference, Daniel Hair, said Koizumi’s involvement made him feel for the first time that Japan is paying serious attention to their plight.

According to lawyers for the group, seven of its members have died so far, including some from leukemia.

Koizumi, who served as prime minister between 2001 and 2006, came out in opposition to nuclear power in the wake of the 2011 disaster. He has repeatedly urged the administration of Prime Minister Shinzo Abe to halt its efforts to restart dormant reactors across Japan.