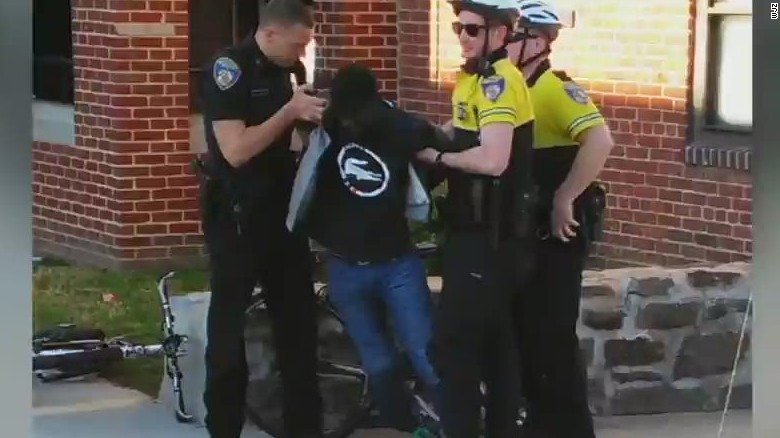 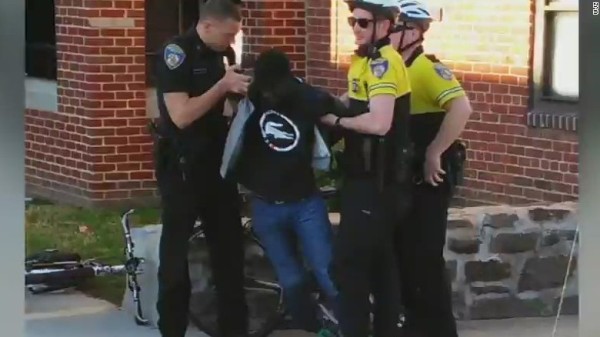 The death of Freddie Gray has been ruled a homicide caused by severe trauma.

State’s Attorney Marilyn Mosby announced this morning that her office has also found probable cause to pursue criminal charges in connection to the case. All six officers involved in the Freddie Gray homicide are charged with multiple crimes, including Caesar Goodson who has been charged with second degree murder.

Mosby announced a series of charges now facing the six police officers involved in putting Gray in custody and transporting him in the police wagon on the morning of April 12. The charges vary for each individual, but include several counts of manslaughter, second degree assault, misconduct in office, and false imprisonment among others. The most serious charge she listed was second degree depraved heart murder, which only one officer faces. A warrant has been issued for the police officer’s arrest, Mosby said.

Mosby said the switchblade officers accused Gray of illegally carrying clipped inside his pants pocket was in fact a legal knife, and no justification for his arrest.

Mosby detailed the findings of her office’s independent investigation into Gray’s apprehension, and she detailed how officers repeatedly ignored Gray’s pleas for help and that officers bound his arms behind his back and put his legs in clamps but did not secure him within the police wagon with a seatbelt, which is a violation of Baltimore police policy.

One of the biggest findings that Mosby announced was that the decision to take Gray into custody in the first place was illegal because the knife that he had is allowed under Baltimore laws. While the knife was able to fold, it was not a switchblade.

Mosby also condemned a number of leaks critics said were designed to spin the narrative in favor of police.

“While I am committed to transparency, what I have revealed here today is now a matter of public record. However, the evidence that we have collected and continue to collect cannot ethically be released to the public,” Mosby said. “I strongly condemn anyone in law enforcement with access to trial evidence who has leaked information prior to the resolution of this case. You are only damaging our ability to conduct a fair and impartial process for all parties involved. I hope that as we move forward with this case everyone will respect due process and refrain from doing anything that will jeopardize our ability to seek justice.”