Giuliani: Clinton ‘created ISIS,’ could be considered a ‘founding member’ 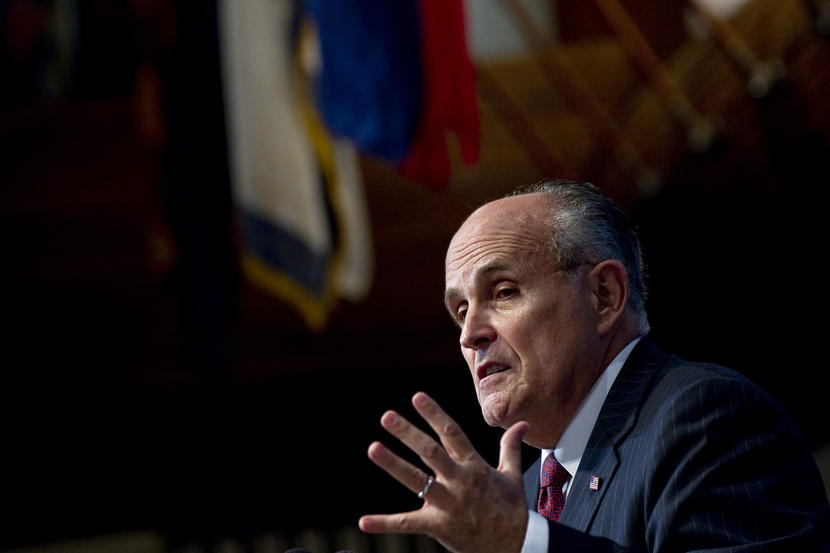 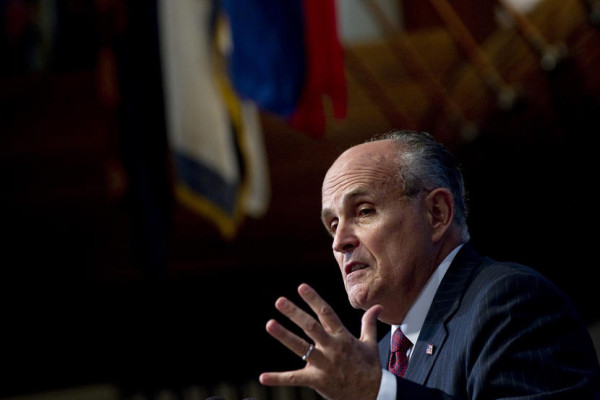 Former New York City Mayor Rudy Giuliani continued his years-long campaign to troll current and former members of the Obama administration on Wednesday when he declared that Democratic presidential front-runner Hillary Clinton could be “considered a founding member of ISIS.”

The ex-mayor linked the former secretary of state to the terror organization during an appearance on Fox News’ “The O’Reilly Factor,” during which he attacked President Obama for not doing enough to fight terrorism, while faulting Clinton for not stepping up while she served under him.

RELATED: Giuliani: We could have more attacks this year

The show’s host, Bill O’Reilly, argued in Clinton’s defense that she was unable to force Obama’s hand and that the only choice she had was to resign. To which Giuliani replied: “Which is what a patriot does.” Many experts would counter Giuliani’s claims, arguing that the genesis of ISIS can be traced back to the U.S. invasion of Iraq in 2003, which was initiated under President George W. Bush.

Once a moderate who was long considered a viable candidate for the presidency, Giuliani has morphed in recent years into one of the more far-right voices on foreign policy.

In December, he appeared to corroborate presidential candidate Donald Trump’s claims that Muslims “celebrated” after 9/11 here in the U.S., claiming there were “pockets of celebrations” the day the World Trade Center was attacked. He has opposed the U.S. taking in Syrian refugees because the “vetting process is a joke.”

“Send them back to Syria, that’s where they belong,” he said on MSNBC’s “Hardball” last November.

He’s also railed against the president’s historic nuclear deal with Iran, claiming that Obama “caved” last August. “They gave away everything,” he said during an appearance on MSNBC’s “Morning Joe.” “It’s like I got your house for nothing. Basically, they took Obama’s house for nothing.”

Giuliani’s ire for the president is well-documented. He infamously claimed that he wasn’t sure if Obama “loves America” and a month later actually suggested that the president should emulate embattled comedian Bill Cosby when addressing volatile racial tension in Ferguson, Missouri.

“I hate to mention it because of what happened afterwards, but (he should be saying) the kinds of stuff Bill Cosby used to say,” Giuliani said on a New York radio show, according to the New York Daily News. By “afterwards,” he presumably meant accusations that Cosby raped and drugged dozens of women over many decades, allegations that the iconic comedian denies. Prior to making that statement, the 71-year-old argued that Darren Wilson, the now retired Ferguson police officer who shot and killed Michael Brown, an unarmed black teen, should be “commended.”

This week Giuliani admitted he would “probably” endorse Donald Trump for president prior to his home state’s primary in April.

“The way I look at it, there really are only three people who will be the next president of the United States. One’s Hillary Clinton, the other’s Donald Trump, and the third is Ted Cruz,” he said Monday at a College Republicans event at Columbia University, according to audio first obtained by POLITICO New York.

“So I’ll choose between those three,” he added. “I’ll give you a hint: it won’t be Hillary Clinton. I seriously doubt it will be Ted Cruz. But I just want to think about it a little bit more before I do anything formally.”