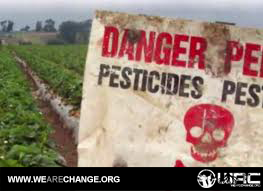 Roundup, the ever popular herbicide produced by Monsanto, is sold as a safe and environmentally-friendly solution for killing weeds around lawns, gardens, crops and fields.

The back of the Roundup product label states:

“Keep out of reach of children, harmful if swallowed, avoid contact with eyes or prolonged contact with skin. Remove clothing if contaminated.”

Studies have found that Roundup’s active chemical, glyphosate, stays active in the soil even years after it’s initial use.

Glyphosate has been ranked in the top three for most commonly reported causes of pesticide-related illnesses among agricultural workers. It’s been linked to cardiovascular, gastrointestinal, nerve and respiratory damage, hormone disruption, DNA damage, cancer, birth defects and neurological disorders.

Roundup’s compounds have also been detected in the air, rain, groundwater, people’s urine and in blood circulation.

However, the United States’ Environmental Protection Agency (EPA) deems glyphosate to be “relatively low in toxicity without carcinogenic or teratogenic effects”.

Professor Andres Carrasco, head of the laboratory of Molecular Embryology at the University of Buenos Aires, published a study in 2010 exposing the safety hazards of Monsanto’s Roundup.

Carrasco proved that when exposing frogs and chicken embryos to glyphosate, the results were malformations.

In 2009 the Supreme Court of France ruled that Monsanto had not told the truth about the safety of Roundup. The court confirmed an earlier judgment that Monsanto had falsely advertised its herbicide as “biodegradable” and that it “left the soil clean.”

Former Vice President of Monsanto, Michael Taylor, is now the serving as the Senior Advisor to the FDA. Taylor had previously held the position of Food Safety Czar for the FDA when genetically modified organisms (GMOs) were approved to be allowed into the food supply of the United States.

The question we ask our readers is: Have you found viable alternatives?

1) There is a form of mulching called “lasagna mulching” which consists of covering the ground with layers of compost, which then smother weeds and enrich the soil simultaneously.

Let us know in the comments section below!

Hopefully, we can learn from each other. 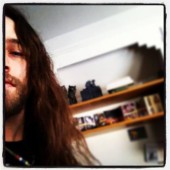