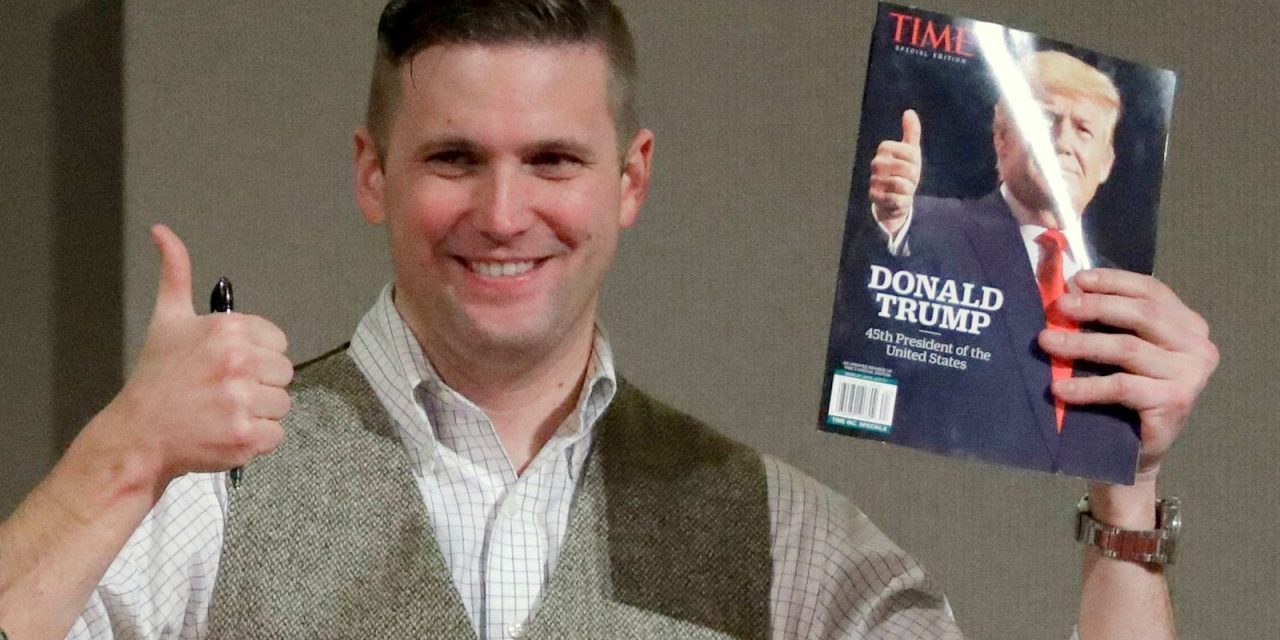 The Houston man laid out the details of his triumphant plan during a podcast last July: He told listeners that he had wanted to paste white nationalist fliers across the city’s downtown, and, just as importantly, he had wanted the Free Press, a local news and arts website, to write about the fliers.

“I want to trigger them into writing an article about me,” the man said in the podcast.

He got what he wanted. On July 6, 2016, the Free Press posted, “White Nationalists Bring Hateful Garbage to Houston,” noting the fliers downtown and printing their contents in their entirety.

“Achievement unlocked,” the man said of the coverage. “They succeeded in promoting our message.”

The nationalistic sentiment evident since the presidential campaign, complete with calls for mass deportations, Muslim bans and economic nationalism, has led in recent months to intense media coverage of a clearly emboldened array of white supremacist groups across the country. It’s a degree of attention that the groups seem to be enjoying.

In another recent podcast, a different figure in the far-right movement, Greg Johnson, publisher of the website Counter-Currents, spoke bluntly about the benefits of gaining media coverage.

“We have very little in the way of force, but our enemies have all kinds of power,” Johnson claimed during his podcast. “If we can get their neurosis working for us, that can multiply the effects of our activism tremendously. I think that’s a really valuable form of asymmetrical cultural warfare.”

The pasting of fliers in public places 2014 especially college campuses 2014 looks like a core tactic for that kind of warfare.

Since September 2016, white supremacists groups have draped college campuses with fliers at least 118 times, according to data released by the Anti-Defamation League. The groups advocate for a whites-only country and to bring fascism or Nazism to the United States.

They’ve left their propaganda at campuses ranging from Clemson University in South Carolina to the University of Minnesota to the University of California in Los Angeles. In response, they’ve gotten coverage from local newspapers as well national outlets like CNN and the Washington Post. Universities have felt compelled to respond as well, like the University of Michigan, which unveiled an $85 million diversity and inclusion program just days after racist fliers were found on its Ann Arbor campus.

While many of the supremacist groups appear to be small, they claim to be growing. Traffic to their websites are up 2014 including one apparently read by Dylann Roof, who killed nine black people in a South Carolina church in 2015 2014 and many of the online spaces where they congregate are urging real-world meetings. 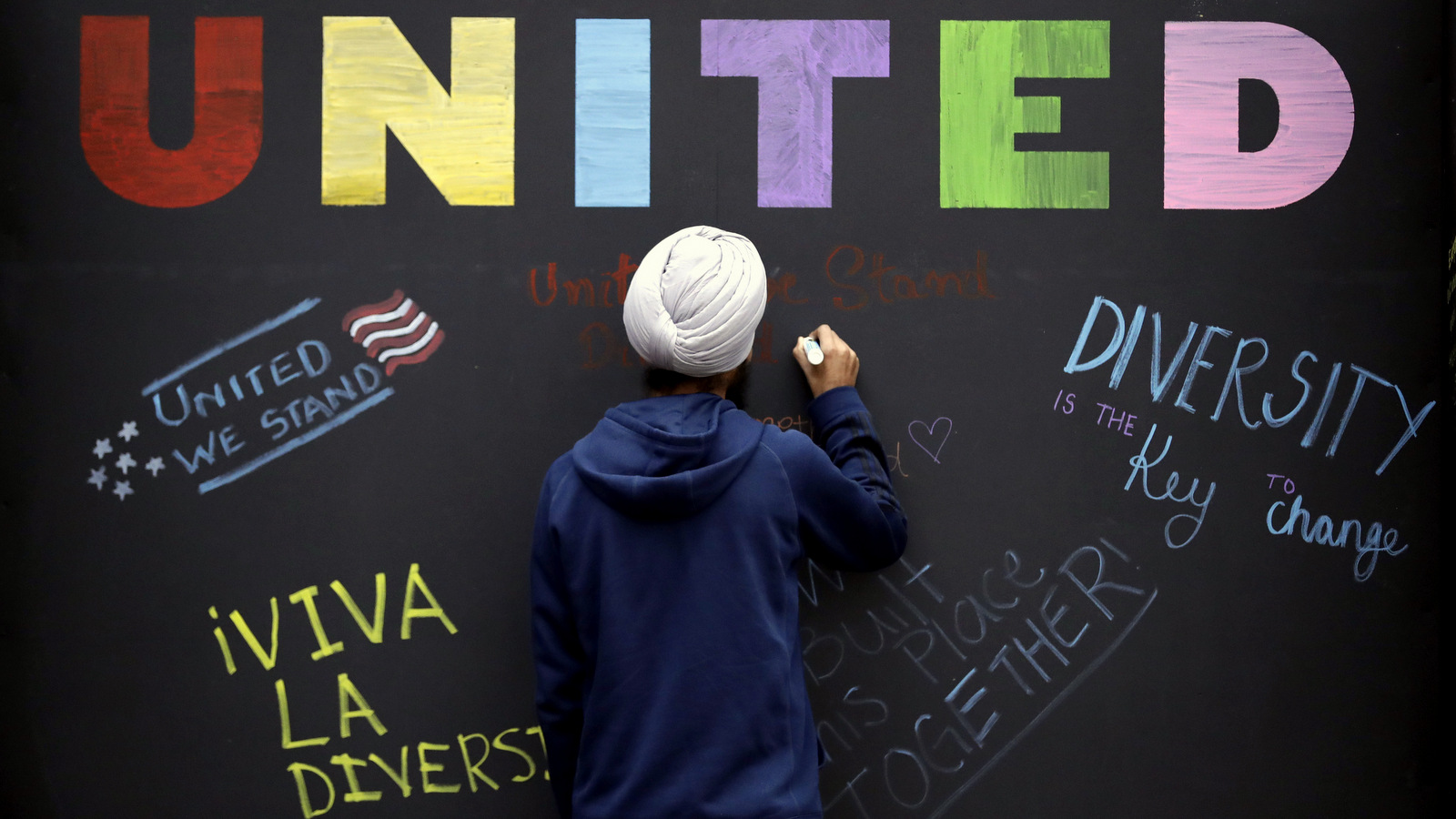 Texas A&M student Harsimran Singh, from India, signs a message board outside Kyle Field where an “Aggies United” event is scheduled for Tuesday evening at Texas A&M University Tuesday, Dec. 6, 2016, in College Station, Texas. The event is taking place at the same time Richard Spencer, who leads a movement that mixes racism, white nationalism and populism, is set to speak at a separate event at the university after being invited by a former student. (AP Photo/David J. Phillip)

From online discussions documented by ProPublica and conversations with those in the white power movement, the groups are counting on the media to serve as their amplifier and appear to cultivate and collect reports of their activities.

In an email interview, Kathleen Culver, director of the Center for Journalism Ethics at the University of Wisconsin-Madison, said journalists had some basic obligations, including reporting as accurately as possible how popular or marginal the groups are.

“First, don’t overstate the number or impact of people with hate in their minds and hearts,” she said.

“Extremist groups have always been good at propaganda, and journalists have an obligation to understand that and not become part of any stream of misinformation or disinformation.”

According to the ADL’s data, Identity Europa is the chief source for fliers promoting white supremacist groups. It’s unclear how many members the organization has. They claim supporters across the country, but in multiple photos released by the group there appear to be only the same handful of people.

In a video, the group’s founder, Nathan Damigo, an Iraq War veteran who went to prison for robbing a cab driver at gunpoint in late 2007, called for people to download the group’s fliers and plaster their cities.

“We would actually invite everyone to do this. To get out to these students what they’re not being told,” he said, referring to his belief that university professors are telling students lies about diversity.

Damigo’s group sells its propaganda for between $1.50 a sticker and $30 for a glossy poster. The posters make vague statements on civilization and European identity over photos of classic sculpture. At least one references President Trump’s campaign slogan, “Make America Great Again.” They make no mention that Damigo once chaired the National Youth Front, which the Southern Poverty Law Center says was tied to a Southern California skinhead group.

“It ends up a lot of times that the stuff that would end up in a garbage can ends up as a free disseminated advertisement,” said Brian Levin, Director of the Center for the Study of Hate and Extremism at California State University in San Bernardino. “Damigo and all these other folks know that they’ll get publicity.”

Damigo did not respond to interview requests.

Another white nationalist faction called Atomwaffen Division, associated with an online Nazi forum, produces grainy recruitment-style videos of their flier campaigns. The posters they leave behind are much more stark: radioactive symbols, swastikas, guns and the call to action, “Join your local nazis.”

On their website, testimonial-style quotes from news coverage tops every page, and some of their recruitment videos contain clips of news anchors describing their flier campaigns.

The site has sections dedicated to the downloadable propaganda that’s found its way onto telephone poles, cork boards and other public places, as well as another section of the site for collecting news coverage about themselves.

Other popular white supremacist factions have their own propaganda corners. For Vanguard America 2014 neé American Vanguard, not to be confused with National Vanguard, or the Vanguard News Network 2014 one simply needs to click the “posters” link on the homepage to choose a printable flier. Their posters feature anti-immigrant sentiment and promote white identity, while their website calls for fascism to replace U.S. democracy and for the creation of a whites-only nation.

In two instances, the posters even seemed to print themselves. In a pair of well-publicized exploits, Andrew Auernheimer, known by his online moniker “weev,” wrote code to loop through vulnerable printers across the country, forcing them to spit out reams of racist propaganda linking to The Daily Stormer, a neo-Nazi website he helps run. Later in the year, he did it again, this time with a letter saying that he supports the murder and rape of non-white children. In blog posts, he gleefully pointed out the social media and news coverage of the hacks.

“I began the modern era of white supremacist fliers,” Auernheimer said by email. “I showed everyone at massive scale how easy it is to send an entire campus into apoplexy with only a few pieces of paper.”

Auernheimer went on to point out that posting such fliers is useful for local recruitment, and puts university administrators and journalists in a bind.

“We will still be posting fliers no matter what. If they don’t get investigated, we can wholesale turn urban centers and campuses into recruitment centers for white supremacy and fascism with no resistance,” he said.

The media campaigns don’t end with fliers. In late 2015, the Daily Stormer’s owner, Andrew Anglin, urged his readers to create social media pages claiming to represent white student unions at universities, regardless of whether such groups existed.

“Make more of these White Student Union pages on Facebook for various universities. You don’t have to go there,” he wrote. “Get it up, then forward links to the local media.”

As news reports from local papers and national outlets like the Washington Post picked up 2014 and then debunked 2014 that a wave of white student unions were cropping up at schools, Anglin denied that he was responsible for prompting fake groups.

“The fact that I said, 2018You don’t have to actually go there’ does not somehow translate into these groups are a hoax, it simply means that some of them could potentially have been started by a person not attending the school,” he wrote on his site. Anglin did not respond to a request for comment.

Around the same time, Damigo, writing on his personal site, said, “A media storm promptly hit, and with it, increasing interest in our new movement, which has become the typical unintended consequence of anti-White shrieking.”

This work by Pro Publica is licensed under a Creative Commons Attribution-NonCommercial-ShareAlike 3.0 International License.