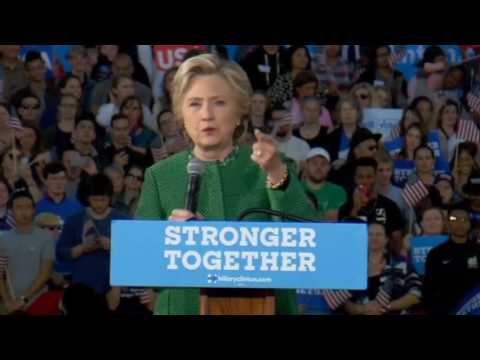 A few days ago we wrote about the Harvard Professor, Larry Lessig, who was offering free legal services to any Republican elector willing to consider switching their vote from Trump to any other candidate when the electoral college meets on December 19th (see “Harvard Professor Says He’s Rallied Nearly Enough GOP Electors To Block Trump“).    At the time, Lessig said he was in active discussions with 20 electors, all of whom he claimed had vowed to switch their votes.

For once, Hillary actually said it best: “some people are sore losers…”

Investigative Radio,” the disaffected, leftist, sore loser admits that his efforts to disrupt the 2016 presidential election have been a colossal failure and will likely result in only a handful of electors switching their votes.  Per Breitbart:

“But I think that we are not going to see more than a handful who actually vote against Donald Trump unless that number climbs above 40. Because I think there are many people who think it is just not worth it given especially the pretty explicit threats that have been made against the electors who exercise their constitutional prerogative.”

Of course, with Trump earning 306 electoral college votes on November 8th, Lessig needed to pool a group of at least 37 electors to push the election to Congress.  But with Congress controlled by Republicans, Klein asked the “triggered” Lessig whether his efforts were an exercise in futility as Trump would almost certainly be elected anyway.  Apparently anything that would keep hope alive for just a little longer was worth the effort to Lessig who said “in the House there are a lot of things that could happen.”

“You know, in the House there are a lot of things that could happen. You know, people could judge the fact that he was the first president to be denied the nomination of the Electoral College for reasons like this. There was a vice president in 1836 who was denied. But he would be the first president as a kind of fatal blow. And in that House, the Republicans might consider, ‘Well, is there another candidate?’ It would have to be among the top three vote-getters of the Electoral College. But is there another candidate who we should nominate instead? And that’s why people have been talking about alternatives like [Republican Ohio Gov. John] Kasich. Or it could be anybody who gets the votes of the Electoral College that are in the top three. And such a move might actually for the nation be incredibly important to get beyond the horrendous political partisan divide that we now find ourselves in.  That might be a good reason for them to act like that.”