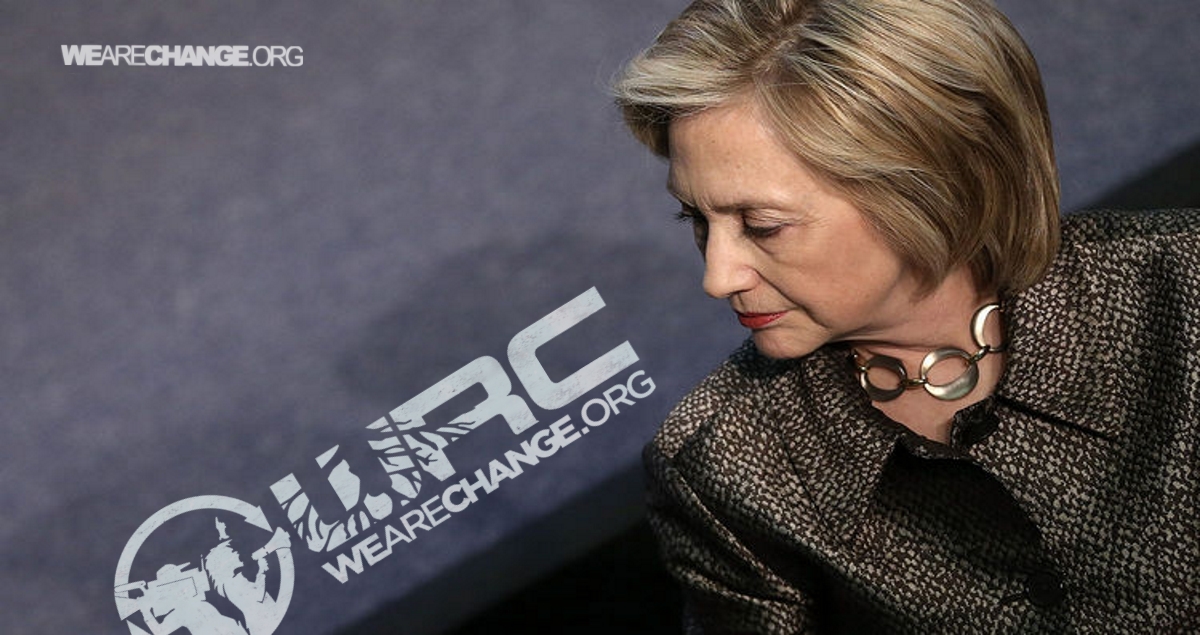 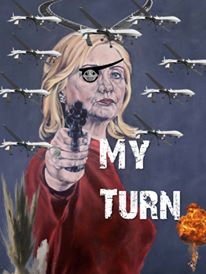 On June 2, a few days before the California primary, Hillary Clinton gave up trying to compete with Bernie Sanders on domestic policy. Instead, she zeroed in on the soft target of Donald Trump’s most “bizarre rants” in order to present herself as experienced and reasonable. Evidently taking her Democratic Party nomination for granted, she is positioning herself as the perfect candidate for hawkish Republicans.

Choosing to speak in San Diego, home base of the U.S. Pacific Fleet, on a platform draped with 19 American flags and preceded by half an hour of military marching music, Hillary Clinton was certain of finding a friendly audience for her celebration of American “strength”, “values” and “exceptionalism”. Cheered on by a military audience, Hillary was already assuming the role to which she most ardently aspires: that of Commander in Chief of the Armed Forces.

Whenever Hillary speaks, one must look for the lies. The biggest lies in this speech were lies of omission. No mention of her support for the invasion of Iraq, no mention of the disaster she wrought in Libya, no mention of her contribution to pursuing endless death and destruction in the Middle East.

But she also lied in claiming partial credit for the Iran nuclear deal, which she had tended to block, and most profoundly in presenting herself as a champion of diplomacy. As Secretary of State, she blocked diplomacy that would have prevented or ended conflict, most notoriously concerning Libya, where even senior U.S. military officers were told to cut off their contacts with Gaddafi agents seeking a peaceful compromise.

The Washington Post reported prior to the speech that her campaign “hopes there are many more national-security-minded Republicans and independents who would vote for her, even grudgingly, rather than see Trump win the White House.”

The Washington Post noted that the state of California’s “defense industry and military bases lend a backdrop for her speech.” Indeed! Hillary Clinton is quite simply catering to the military-industrial complex, as she has been doing throughout her career.   She is catering to the arms industry, which needs to keep the American people scared of various “threats” in order to continue draining the nation’s wealth into their profitable enterprises. She needs the support of military men and women who believe in all those threats invented by intellectuals in think tanks and editorial offices. 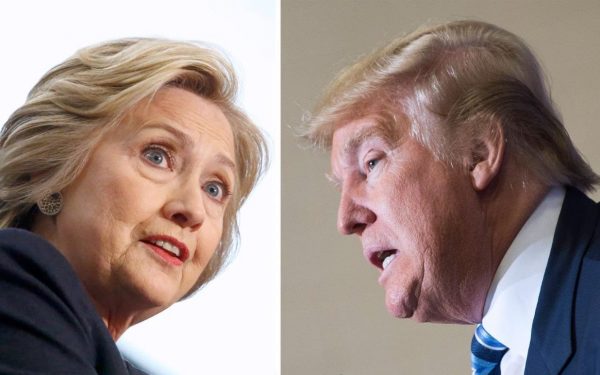 This is the core of the “national-security-minded” electorate that Hillary is targeting. She warned that Trump would jeopardize the wonderful bipartisan foreign policy that has been keeping us great and safe for decades.

In reality, such “national-security-minded” leaders as Dick Cheney and Clinton herself have led the United States into wars that create chaos, inspire enemies and endanger everybody’s national security. Despite the geographically safe position of the United States, it is that bipartisan War Party that has created genuine threats to U.S. national security by prodding the hornets’ nest of religious fanaticism in the Middle East and provoking nuclear-armed Russia by aggressive military exercises right up to its borders.

The basis of Hillary Clinton’s world view is that notorious “American exceptionalism” which Obama has also celebrated. If we don’t rule the world, she suggested, “others will rush in to fill the vacuum”. She clearly cannot conceive of dealing respectfully with other nations. The United States, she proclaimed, is “exceptional – the last best hope on earth.”

Not all people on earth feel that way. So they must be brought to heel. In practice, this “exceptionalism” means acting above the law. It means a unipolar world policed by U.S. armed forces. In practice, Hillary’s devotion to “our allies” means fighting wars in the Middle East for the benefit of Israel and of Saudi Arabia, whose arms purchases are indispensable for our military industrial complex. It means bombing countries and overthrowing foreign governments, from Honduras to Syria and beyond, in order to help them conform to “our values”.

Trump is groping clumsily, at times idiotically, toward a major shift in US foreign policy. He is ill-prepared for the task.If ever elected, he would have to fire the neocons and take on a whole new team of experts to educate and guide him. That would be something of a miracle.

But some of Hillary’s reproaches aimed at Trump’s “reckless, risky” foreign policy statements are not as self-evident as she assumes.  For example, his statement that he would sit down to negotiate with North Korean dictator Kim Jong Un. Is that really such a crazy idea?

North Korea is a small country, whose leaders call themselves “communist” but who are essentially a dynasty that emerged from the resistance against Japanese invaders in World War II. Their quarrel with South Korea stemmed from the domination of Japanese collaborators in that part of the country. That is practically ancient history, and today North Korea feels threatened – and is indeed threatened – by the everlasting U.S. military presence on its borders. A small isolated country like North Korea is not a real “threat” to the world. Even with nuclear weapons. Its much-vaunted nuclear weapons are clearly meant both to defend itself from attack and as a bargaining chip.

So would it be so terrible to sit down and find out what the bargain might be? Basically, North Korean leaders would like to make a deal to lessen the U.S. threat and bring their country out of isolation. Why not discuss this, since it could lead to the end of the “North Korean threat” which is artificial anyway?

Hillary’s reaction is typical. She boasts that her solution is to build up an expensive missile defense shield in Japan and increase everybody’s military buildup in the region. As usual, she goes for the military solution, ridiculing the notion of diplomacy.

Hillary Clinton’s speech will certainly sound convincing to the “national security minded” because it is so familiar. The same as George W. Bush but delivered with much greater polish. America is good, America is great, we must remain strong to save the world. This is the road to disaster.

Hillary Clinton is the clear candidate of the War Party.