Hillary Clinton under fire after Boeing gave her foundation $900,000 weeks after she made ‘shameless pitch’ for company to a Russian airline 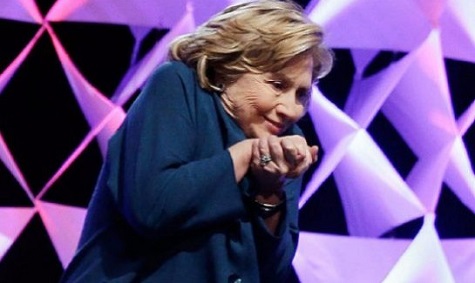 During a Boeing shareholder meeting on Monday, a conservative activist accused the aircraft company’s CEO of buying then-Secretary of State Hillary Clinton’s ‘commercial advocacy’ in Russia by making a $900,000 donation to the Clinton Foundation.

The money was earmarked for rebuilding schools in Haiti in the wake of a devastating 2010 earthquake.

But the contribution came just months after Mrs. Clinton traveled to Moscow where she made what she called a ‘shameless pitch’ to ask a newly formed state-owned airline ‘to buy Boeing aircraft.’ It’s not clear whether there was a quid-pro-quo promise of the donation in exchange for Mrs. Clinton’s cheerleading.

Clinton promised during the October 13, 2009 visit to Boeing Design Center Moscow that the U.S. Export-Import Bank ‘would welcome an application for financing from Rosavia [the airline] to support its purchase of Boeing Aircraft, and I hope that on a future visit I’ll see a lot of new Rosavia-Boeing planes when I land in Moscow.’

A month later, Clinton proudly announced that Boeing would donate $2 million toward the construction of the U.S. pavilion at the 2010 World’s Fair in Beijing, China. The company had originally offered $1 million.

Subsequently, the Clinton Foundation got its own Boeing windfall.

The Washington Post reported Monday night that David Almasi with the right-leaning National Center for Public Policy Research challenged Boeing chairman and CEO W. James McNerney about the apparent ‘conflict of interest,’ and wondered aloud whether the company made itself vulnerable to prosecution for fraud.

‘There is at least one lobbyist in jail right this minute for giving public employees travel and meals worth far, far less than $900,000,’ Almasi said.

‘He claims he didn’t intend bribery; that what he did was “business as usual.” But he’s in jail now nonetheless. … It seems reckless and unnecessary, even if it was not illegal.’