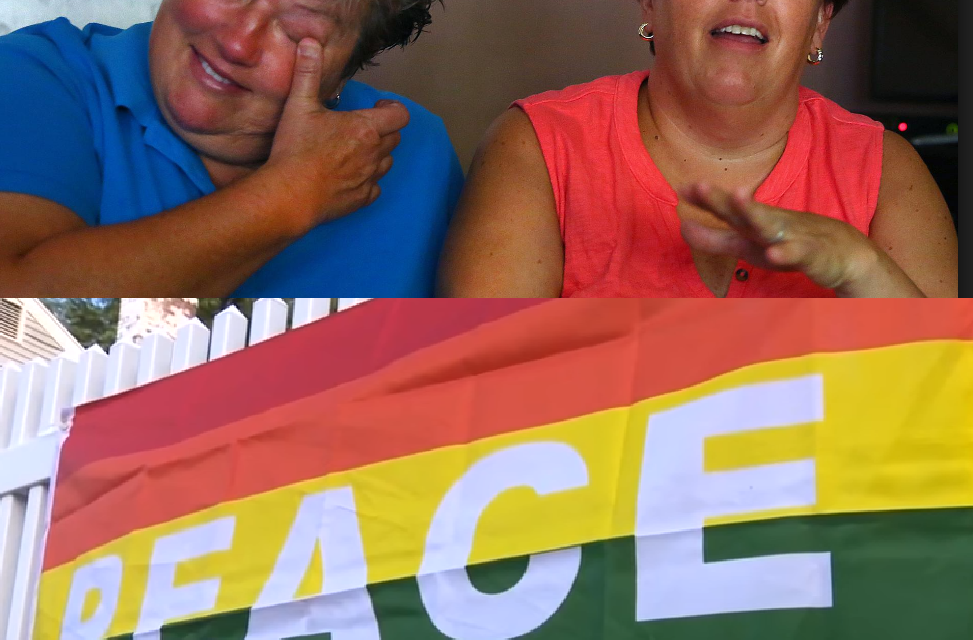 A lesbian Massachusetts couple came home after vacation to find that the pride flag they had hung up after the Orlando massacre had been stolen and their home had been hit with eggs — but their community quickly turned the hate into love. 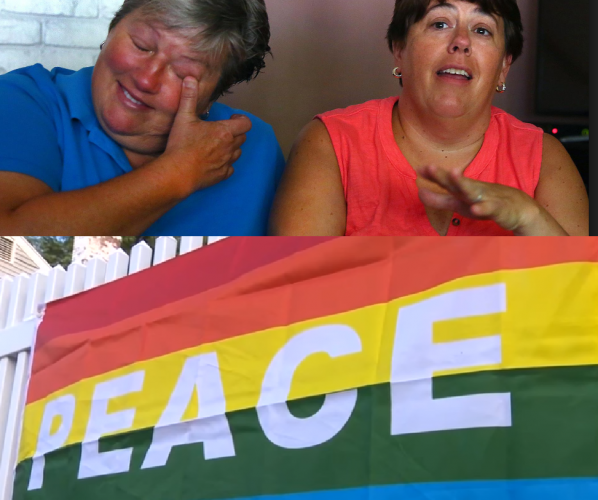 The couple, Cari, 49, and Lauri Ryding, 52, were devastated. They had always felt at home in their Natick community — for good reason it turns out.

“I loved the diversity of the generations, and how there’s a commitment to that — of all ages, and all shapes, and sizes, and preferences,” Cari Ryding told the Boston Globe. “I’ve been feeling this energy in the neighborhood for years.”

The women called the police and posted to Facebook to inform their neighbors of the incident, when one suggested that they contact the Rainbow Peace Flag Project, a local group who gives away free flags, and ask for a stack.

That weekend, a group of neighborhood children on bicycles zoomed down the street delivering rainbow flags to each resident — should they choose to hang them. The results were over 40 houses displaying brightly colored love and solidarity.

The Rydings were overwhelmed by the outpouring of support they received from their community.

“One person’s act of fear and maliciousness created such a powerful statement of love,” Lauri stated. “We are very blessed, very fortunate.”

One neighbor, Neil Podolski who is Jewish, explained why it was important to him to fly the rainbow flag along with his neighbors.

“It’s just not right,” said Podolski. “Who’s to say tomorrow we don’t find a swastika on our house?”

So far, the police have no leads on the vandal, but the Rydings still feel like they came out the winners in the situation.