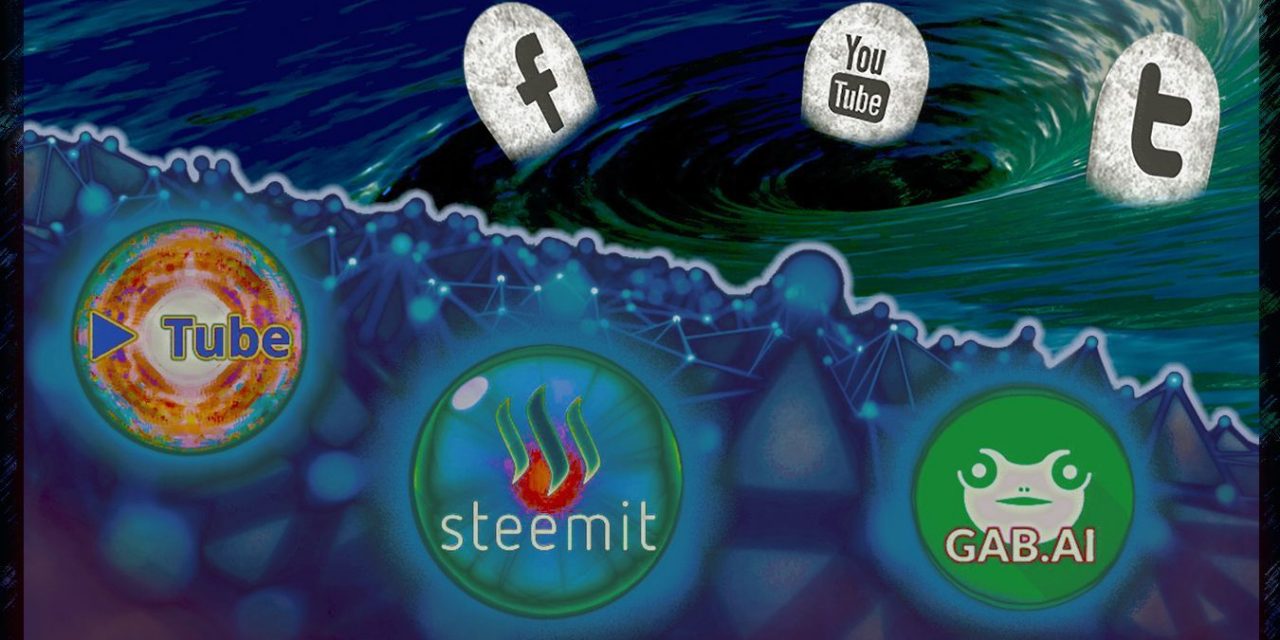 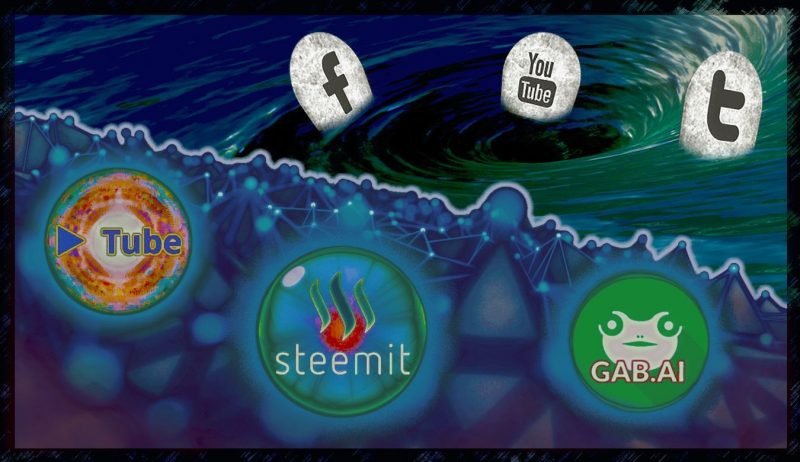 Going by the level of censorship taking place on YouTube/Twitter/Facebook – My prediction is there will be a massive shift to blockchain based decentralized platforms in the next few years.

Some of the biggest names on YouTube have been very public about the fact that they have been targeted and had their channels de-monetized, followers unsubscribed, and sometimes even channels erased completely.

Why? Merely for speaking their truth!
( Or in the case of WeAreChange.org reporting it! )

In fact – Luke was over at my house when he found out 660 of his YouTube videos were simultaneously demon’d ? for no good reason.

He looked up at me and said: “Wow, I think YouTube just demonetized all my videos.” 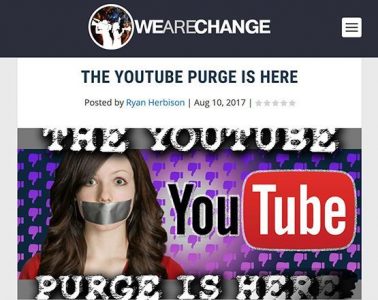 Facebook regularly drowns out content that just doesn’t fit their narrative even going so far as completely removing pages that are considered too ‘conservative.’

They’ve developed special software to censor people’s posts in China – and collaborated with the Israeli government to decide which posts should be censored. Ah yes – and they collect more information about you than you can imagine 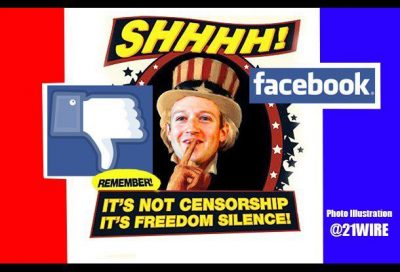 They’ve already got facial recognition software voice recognition and soon they’ll have your fingerprints too. If you’ve got it on your phone, they also know where you are at all times 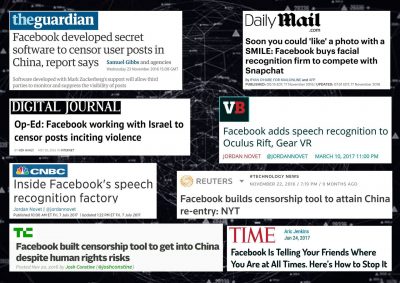 That means you can post – but nobody’s going to see it!

The reason why WE THE PEOPLE actually loved these platforms was that they were a place where friends (and strangers) could meet and express themselves openly and freely.

Those times are gone…

I certainly don’t want to support companies that shit all over free speech and support the status quo – because I know what the status quo supports:
More Fear, Propaganda, war, GMO food, and the suppression advanced technology.

I believe that when individuals are choosing what information to take on board, and what to cast-off, it’s way better for everyone (aside from power-mongering censorship-profiteers.)

It’s a no-brainer: free speech platforms advance knowledge, collaboration, and authenticity, while speech-stifling sites tend to regress us into fight or flight and division.

Innovation is quickly fleeing from increasingly-oppressive bureaucratic behemoths like Google and Apple. Modern pioneers are moving toward the edges of the internet and the end user. Over the coming years massive decentralization movements in media, finances, storage, databases, and more will continue.

If you agree – you’ll come to the same conclusion I’ve come to:

Either the above platforms simply won’t be here in a decade – or they will exist as government mouth pieces – the only people using them will be the ones zombified enough to believe the narrow points of view and enjoy the low grade ‘entertainment’ (and outright propaganda) they’ll be spoon fed.

The rest of us, Woke Folks, will be on other platforms.
Some of which… are already here now!

Allow me the pleasure of introducing you to a few of them: 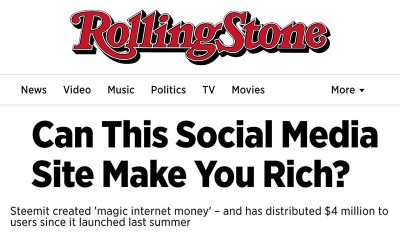 Authors (and curators) get paid based on the quality of their content and how much they participate in the community. Steemit has been running for around 1.5 years, and it’s extremely enthusiastic user base has been expanding rapidly. Extremely promising!

Gab.AI
– this site bills itself as the “Uncensored twitter” … yes, that’s right. If you’ve been paying attention, you already know Twitter is no place for free Speech.

On Gab.ai, not only can you express yourself – You can remain anonymous if you like, or verify your identity (for more credibility) if you so choose. Its user base has been growing steadily since its inception.

Dtube.Video is a platform that JUST came out. It’s basically a YouTube clone but uses the Steemit blockchain. This means videos CAN NOT just be removed – by anyone – because the entire operation is decentralized. This is an absolute game changer because it guarantees outlets that are the most vulnerable to censorship simply can not be silenced. I predict big things for this platform, even though it is in very early stages. 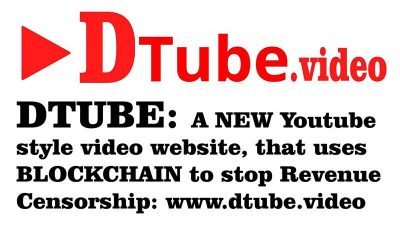 Another site you will soon hear about is onG.Social:

There are no limits to how many friends you can add, with no rigger-happy algorithms censoring what you post, or who sees it. They are and will continue to use monies raised from their ICO We Are Change to move the platform to full decentralization.

Oh and another bonus: Like Steemit, you will be paid for participating in the platform. In crypto currency! This is particularly interesting to anyone interested in promoting truth: onG is working on a way for users to verify ‘truthfulness’ of content… which just may wipe out “fake news” as we know it. 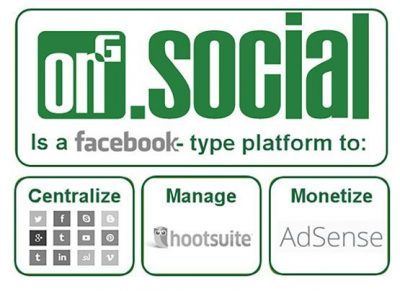 The times they are a changin’

As we have learned from the past, we can not rely on governments or the corporations that own them to guarantee us our freedom of speech. The old guard, towing the line of oppressive governments and shadowy players will be replaced by savvy entrepreneurs who recognize that

WE THE PEOPLE – will not settle for anything other than all of our natural rights. Freedom of expression is not bestowed upon us by governments – it is an inalienable right for all beings. It’s a sad world. God bless the internet… and God bless the blockchain!