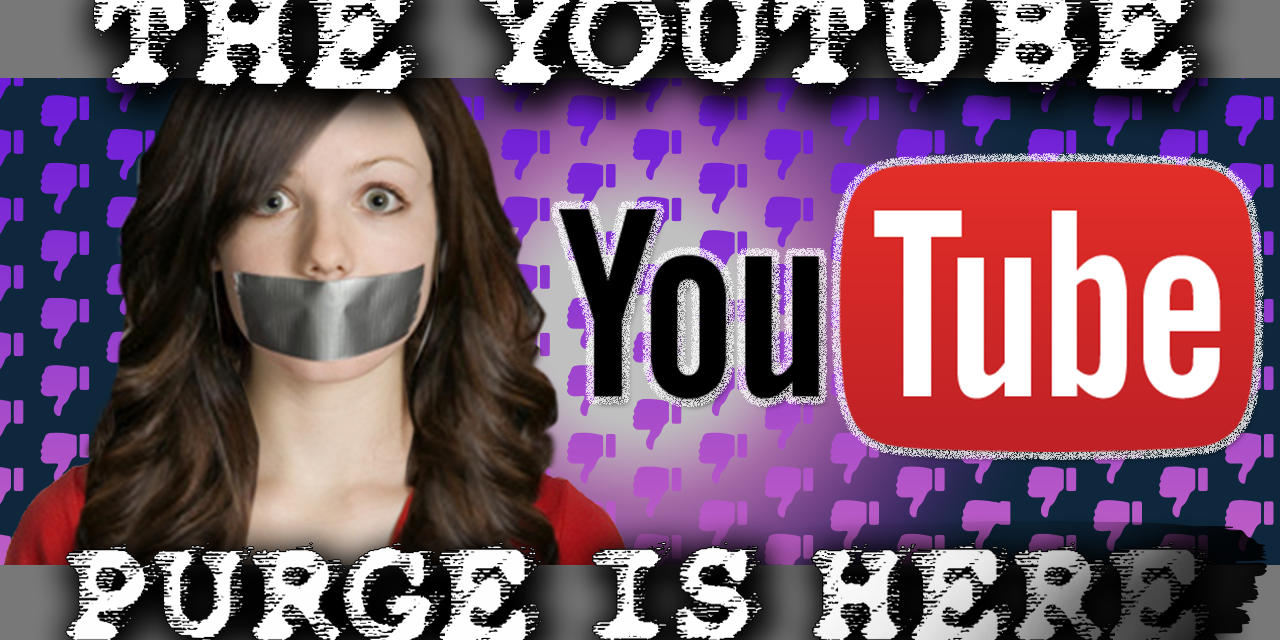 YouTube’s politically biased management has begun blatantly censoring, demonetizing and outright restricting those viewpoints that do not conform to their ideological echo chamber.

So just a few days ago I covered a USA Today article that stated: “YouTube says it’s removing terrorist and extremist content faster.” 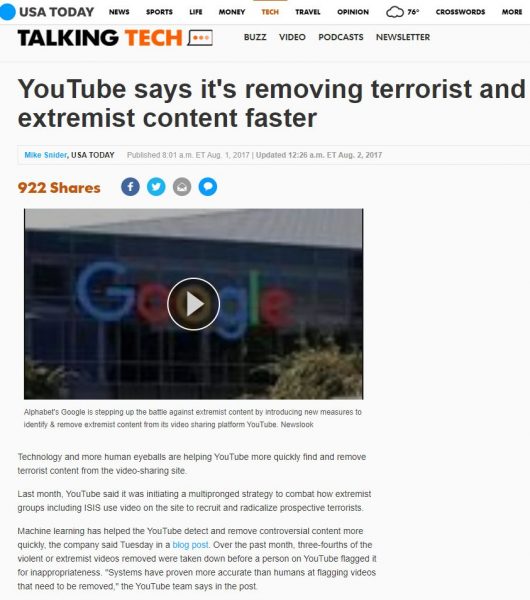 Once I saw that article I knew that this was the beginning of the YouTube purge. I said “and it’s well apparent that this will lead to the crescendo of it. We see the purging, the cleaning of this major online institution to be more favorable towards corporations and government. That’s exactly what’s happening, and why I think we’re finally reaching the end times of this beautiful and amazing platform.”

That purging has happened quicker than I expected as I woke up this morning to find 660 videos on my channel demonetised. Videos that go back for years primarily attacking the most viewed videos on my channel, the videos that earn me the most amount of revenue. Eviscerating my primary source of revenue for this news organization which came from YouTube advertisements. I tweeted about this, and I actually got a response from the “Team YouTube.”

They replied, “This is a new money icon, doesn’t mean demonetized, that lets you directly appeal videos seeing less ads.” I’m sorry Team YouTube that’s full of horse snot. If you look at my channel of the videos that say “not suitable for all advertisers” that this was “confirmed by manual review.”

This happened to a lot of the 660 videos that were hit. Strangely videos that deal with no controversy at all like My Political Compass Test or even a Live: Dog Cafe in South Korea AMA were targeted and even reviewed and confirmed to be “not suitable for all advertisers.” 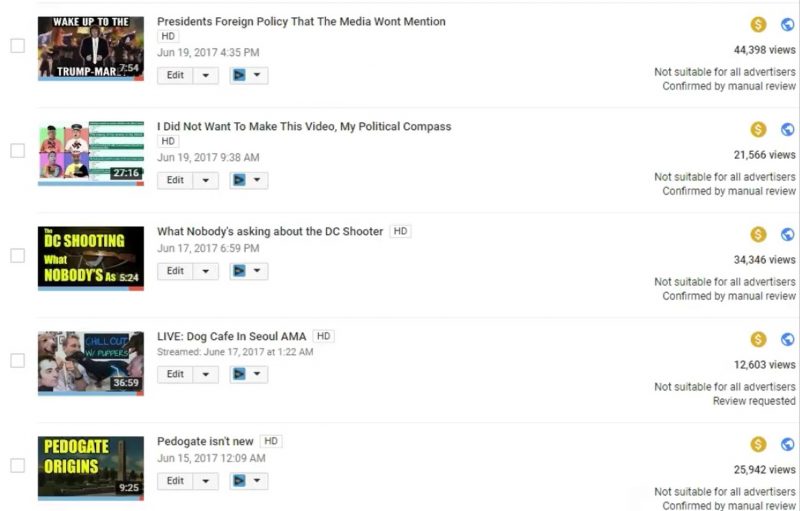 Perhaps this has something to do with WeAreChange confronting the former Google CEO and now Alphabet CEO Eric Schmidt when he attended the secretive, elusive Bilderberg meeting. One can only speculate. There is no official explanation for why I just lost my main source of income. While this small independent media organization gets eviscerated by these changes, for some reason CNN still has videos monetized with them eating human brains. 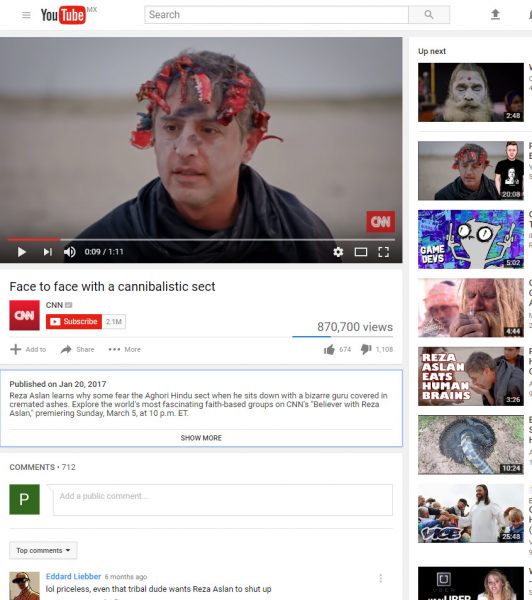 My doing a non-political video with dogs in a cafe in South Korea wasn’t acceptable either since we can’t offend advertisers with that content.

It’s more than unfair for YouTube to change their terms and services arbitrarily. Terms and conditions to which I have followed, and I haven’t even been cursing in any of my videos. Some of them are not controversial at all. Then YouTube invites content creators to this platform, which I joined and put a lot of work towards. I was able to live off of it, and then YouTube suddenly says we’re just going to change the terms and conditions of our services.

That’s what they did a few days ago when they announced their new effort to fight terror content online. They conveniently changed their terms of services to say that they could do whatever they want. Stating that in the future they would be restricting, demonetizing and limiting videos which they deemed to be “controversial”. Eating human brain is not controversial for them, but for some reason I am.

In YouTube’s supposed effort to squash down on terrorist videos and hate speech they brought in the ADL, the Anti-Defamation League to help them “combat extremism and flag content” on YouTube. An organization with a clear political bias who has a clear political agenda and of course are not impartial. 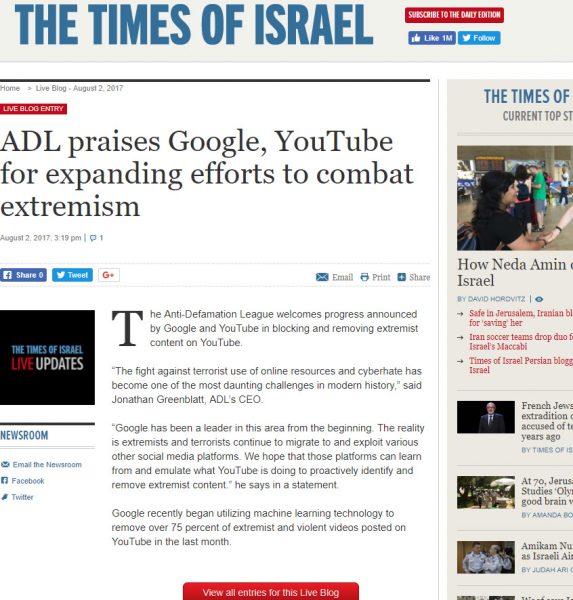 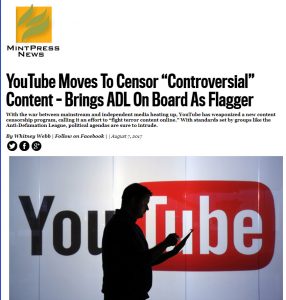 Now Google the company that owns YouTube had also wrapped up in another controversy just days ago. They fired one of their programmers and coders. He was fired for writing an internal memo about how Google is politically intolerant and hurting real diversity. This new set of ideas “pained” the CEO of YouTube. 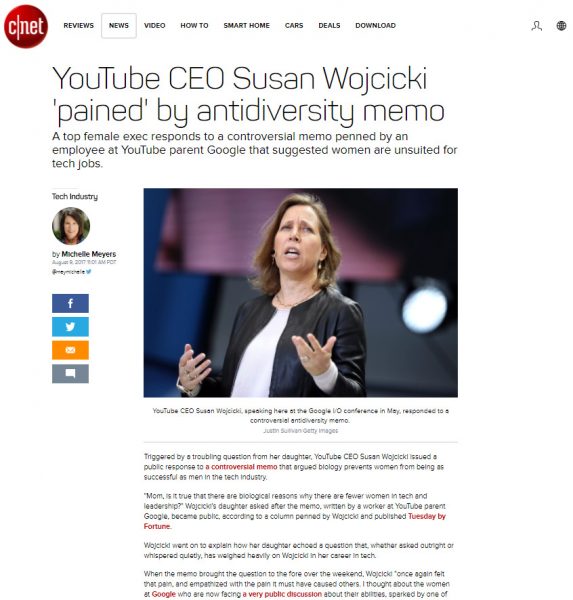 If you look at the Google diversity team members, you can easily see that they have a clear political agenda. They do not hide this fact. 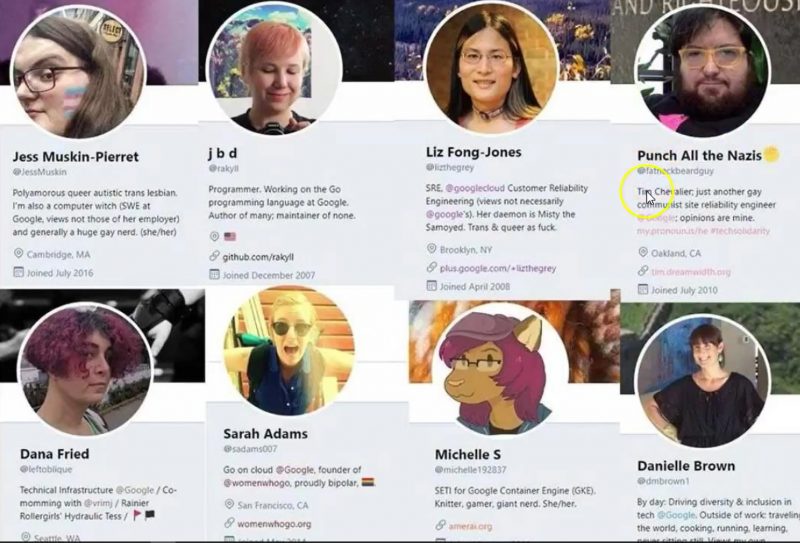 This new move which is just implemented against me is against “hate speech and terrorists.” If you’ve been watching my videos you know that is full of crap. I warned you this was coming, it’s finally here, it’s only going to get worse from here and the only logical conclusion I could come up with to why this is happening is to me a clear effort to stifle and discourage real independent media.

It’s important to note here I am neither on the left or right on the political spectrum. I think both sides are flawed and deserve due criticism, so this issue to me is a lot bigger than bipartisan political ideologies. It’s really about power, control and pushing away people who are contrarian. Those who question authority and see through the crap of the left-right divide and conquer’ scheme that has been pitting humanity against itself.

This is not the first time something like this has happened to us. A few months ago people’s videos that had my name in the title or tags were demonetized without explanation. Our videos were being demonetized years ago without the right to appeal or even have a notification that this was happening. I even went as far as to avoid putting specific words like foreign policy or the Middle East in any of my titles since YouTube would automatically flag those videos. Even then we would still get occasionally demonetized but not to the extent that it happens now.

Previously YouTube has taken down the channels of people like Mark Dyson and Jordan Peterson only to bring them back because of public outcry. They also have granted governments the authority and power to take down any videos that they do not like. 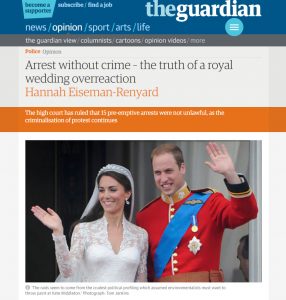 I honestly don’t see a future on YouTube, and it sucks. I put my blood sweat and tears and everything I had into it. Even risking my life many times to get you the news as it was happening. I built around a half a million YouTube subscribers and all this with very little money, no marketing at all, all word-of-mouth and now that very same platform is pushing me away. They are doing their best to make sure that I can’t sustain myself as a real independent media organization. It’s all being done in the name of fighting terrorism and “hate speech” which is not right.

I won’t let this get me down, and I won’t go away like they want me to. I will not be silenced, I will not be suppressed, and now because of this, I have more motivation to do more work than ever. Just know that from now on I’m going to be putting a lot of my resources on Steemit.com which is a social media platform that is supported by crypto currencies. 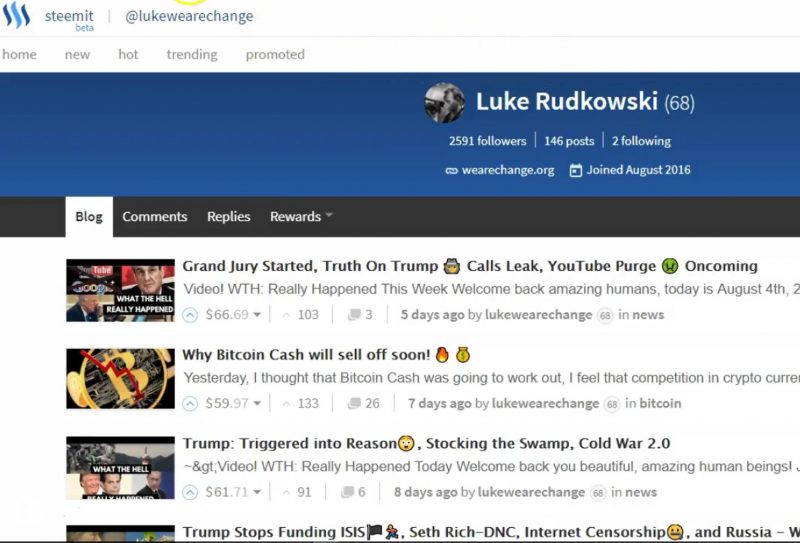 Even with your participation on that social media platform, you could earn crypto currencies from just upvoting different videos and posts on the website.

I hate to beg, but it’s really true, that without your support and donations we would not be able to be here. I’m even skeptical of Patreon which has been taking down users accounts for political reasons. I personally set up my own version of the Patreon system on wearechange.org/donate

The same behind-the-scenes footage, AMAs, questions and answers and participation in the news organization are available as with the Patreon Members

Cryptocurrencies have also been huge for us and extremely important. We have multiple ways that you could participate through the links in the description below. I’ll figure something out. I love you guys thank you again so much for watching.