Hundreds of plumbers descend on Flint, while government perpetually fails to provide assistance 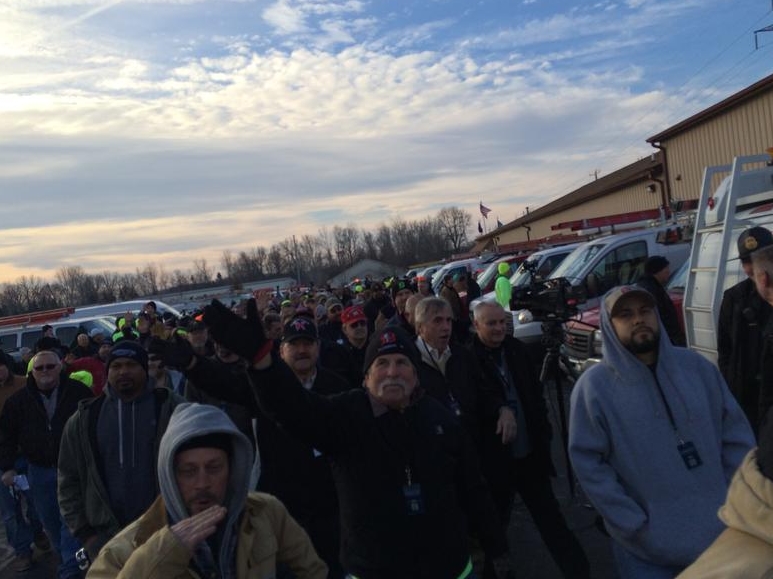 High lead levels in the public water supply continue to pose an imminent threat to the people of Flint, Mich., particularly young children under the age of 6, a demographic the Centers for Disease Control and Prevention recommends get tested for lead poisoning.

More than 9,000 children fall into that group, according to reporting by the Detroit News. The water in about 26 homes previously tested positive for lead levels exceeding 150 parts per billion, more than 10 times the level deemed “safe” for human consumption by the CDC. Water filters are unable to remove lead levels above 150 ppb.
Referring to more recent testing of filtered and unfiltered water in the 26 homes, the Environmental Protection Agency said only one home exceeded 2 parts per billion when the filters were properly installed. Still, water filters are not exactly the answer to the problem.

Water filters deemed ineffective when lead reaches 150 ppb
“Many families who rely on Flint city water are having trouble attaching water filters to their faucets because of old or odd shaped fixtures,” ABC 12 reported. Frustrated with the delayed (and arguably nonexistent) response by local, state and federal government, more than 400 licensed plumbers descended on Flint to provide assistance to those in need.
Plumbers with the United Association Local 370 have been going door-to-door since last October to ensure residents have the proper faucets for filter installations; but the surge in volunteers occurred only recently.

During the last weekend of January, volunteer plumbers replaced faucets and filters in more than 800 homes using supplies donated by Plumbing Manufacturers International. Their actions were genuinely life-saving; one faucet costs upwards of $100 – an unaffordable commodity for many Flint residents.

The volunteer plumbers donated money, as well as provided a host of supplies including bottled water, faucets, filters and filter replacements. “We did not cause this American tragedy in Flint,” said Harold Harrington, a member of United Association Local 370. “But we certainly can help correct the damage that has been done!”

Hundreds of volunteers spend weekend replacing faucets and water filters
The plumbers were told to phone 9-1-1 if they ran into any trouble while performing faucet replacements in people’s homes, Michigan Radio reports, detailing volunteer efforts.

“Jordan Belill and his cousin Tyler get their list, grab armloads of donated faucets, filters and test kits, and head out to the home of Berdie Johnson. … Johnson’s home is like practically every house in Flint; she has cases of bottled water stacked in her spotless kitchen.

“She says in a way, it was lucky her water didn’t look right two years ago. That was when the city switched from Detroit water to Flint River water in order to save money.”

“I was buying the water before we even realized they said all the lead was in it, because the water was brown,” said Johnson. “Looked like Kool-Aid!”

Trapped in Flint
“Jordan Belill finds out Johnson needs a specific kind of faucet that he doesn’t have. She’ll be put on a list for a follow-up visit. In the meantime, he installs a filter in the laundry room,” Michigan Radio reports.

“See how that light’s blinking green?” Belill asks. “That tells you that your cartridge is good. It would turn yellow when it’s telling you it’s getting close to being used up and would blink red when it’s time to change it.”

About 1,100 homes were visited by the godsends. Local 370 says they will keep volunteering until their services are no longer needed. The state is expected to ramp up efforts by providing financial aid totaling $28 million.

The option of relocating is largely unavailable for the people of Flint; trying to sell a home there is a near impossibility. “I couldn’t rent out my house now if I wanted to,” 35-year-old Joyce Cruz told The New York Times. “Who would want to move to Flint?”

Purchasing a home in Flint is also difficult, with banks refusing to provide loans unless the home is proven to have clean water.