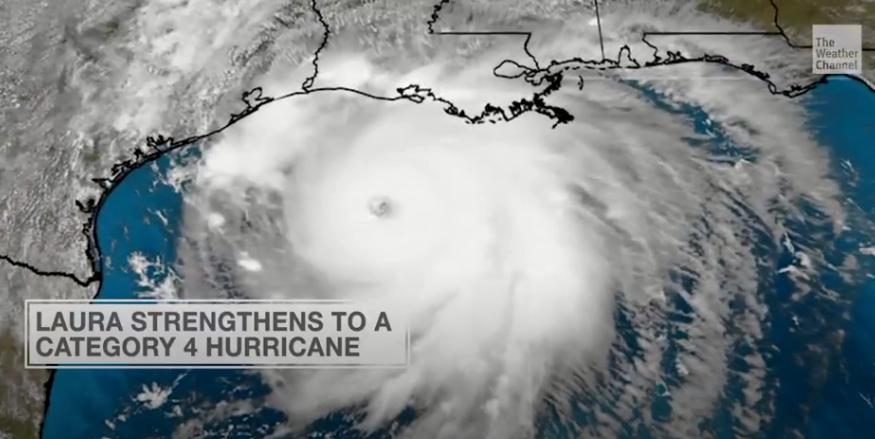 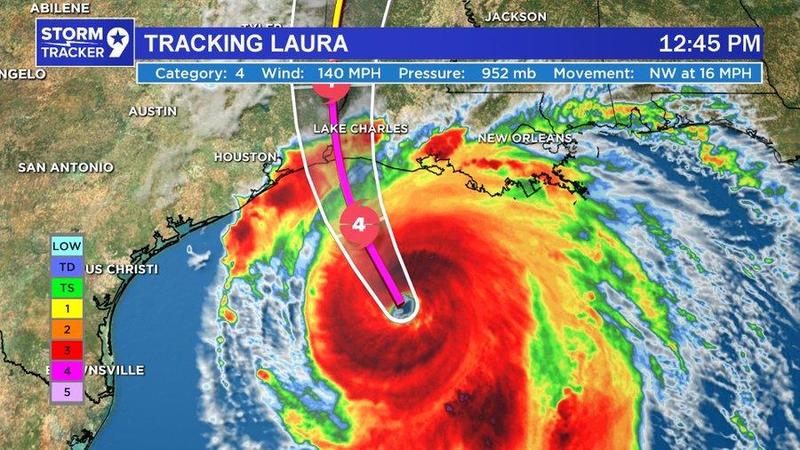 “Unsurvivable storm surge with large and destructive waves will cause catastrophic damage from Sea Rim State Park, Texas, to Intracoastal City, Louisiana, including Calcasieu and Sabine Lakes,” NHC said. “This surge could penetrate up to 30 miles inland from the immediate coastline.” 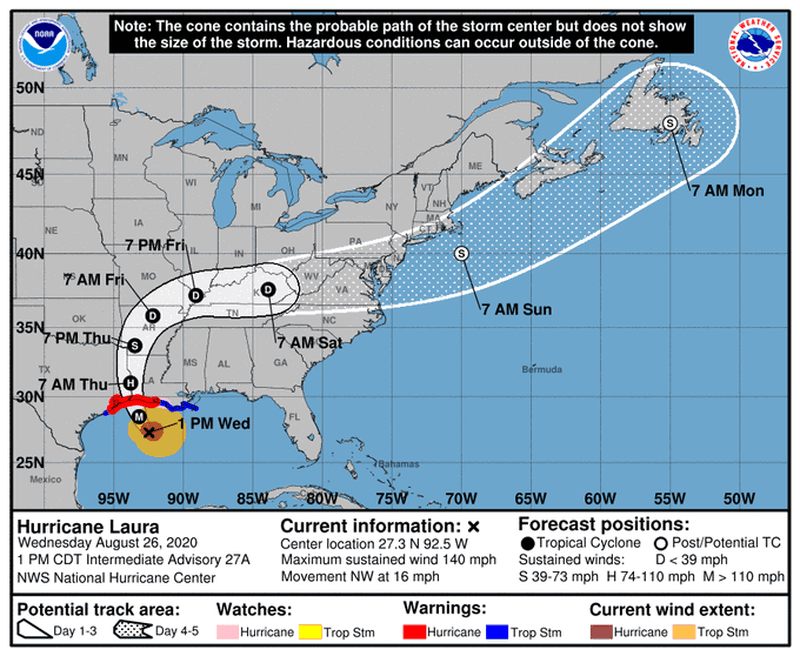 …LAURA STRENGTHENS INTO A MAJOR HURRICANE…

Laura is moving toward the northwest near 15 mph (24 km/h) and this general motion should continue today, followed by a north-northwestward motion tonight.  On the forecast track, Laura should approach the Upper Texas and southwest Louisiana coasts this evening and move inland near those areas tonight or Thursday morning.

Data from NOAA and Air Force Hurricane Hunter aircraft indicate that maximum sustained winds have increased to near 115 mph (185 km/h) with higher gusts.

Laura is a dangerous category 3 hurricane on the Saffir-Simpson Hurricane Scale, and is forecast to continue strengthening into a category 4 hurricane later today.  Rapid weakening is expected after Laura makes landfall.

Hurricane Laura is “rapidly intensifying over the Gulf of Mexico and now has maximum winds of 105 mph,” the National Hurricane Center (NHC) statement read. The storm is expected to slam into Louisiana and Texas coasts as a Category 3 or 4 storm Wednesday night. 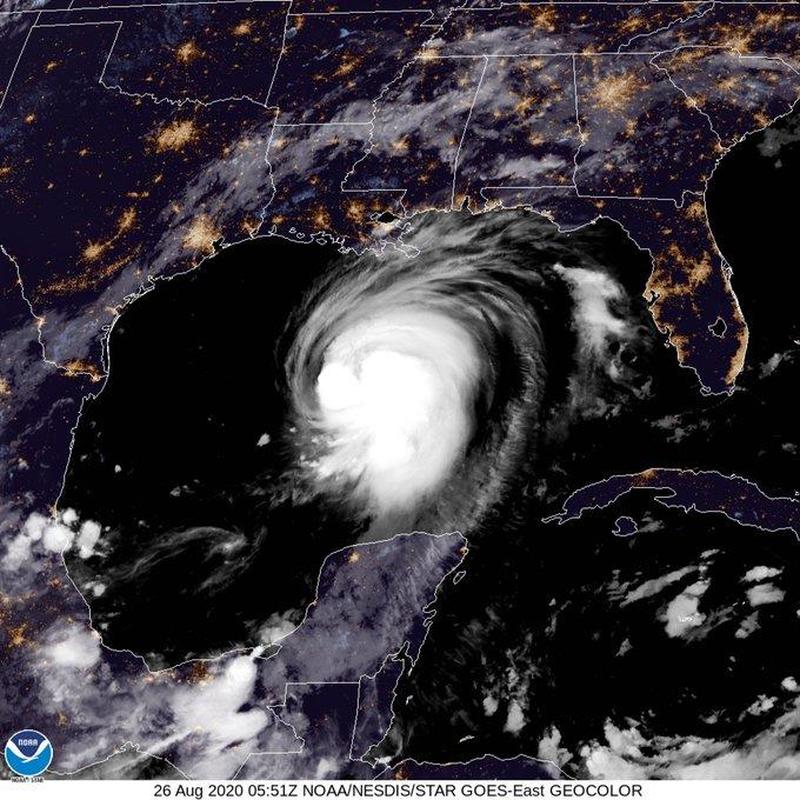 NHC expects the storm to “rapidly strengthen to a Category 4 hurricane” before making landfall. The storm could unleash a “life-threatening storm surge” in the areas highlighted in the map below. 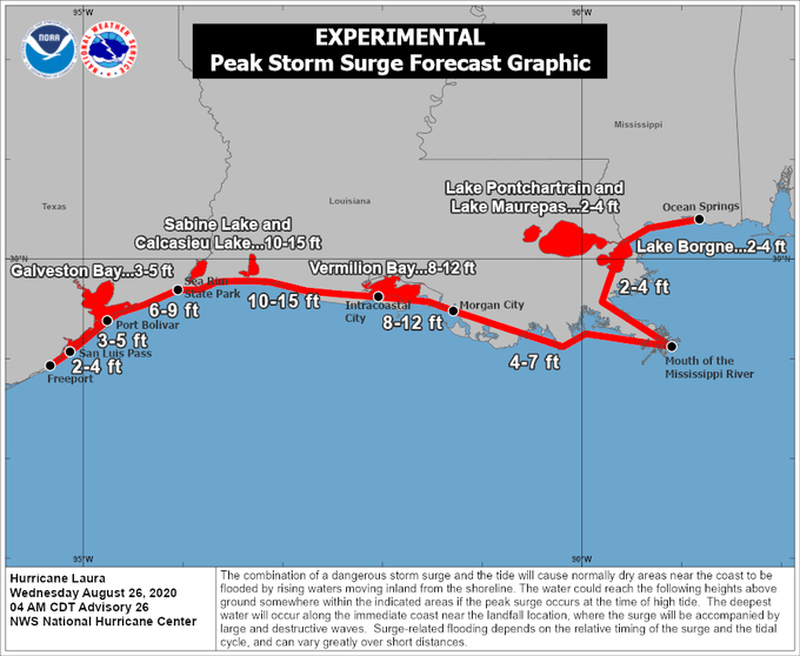 “This storm surge could penetrate up to 30 miles inland from the immediate coastline in SW Louisiana and far SE Texas,” NHC said. 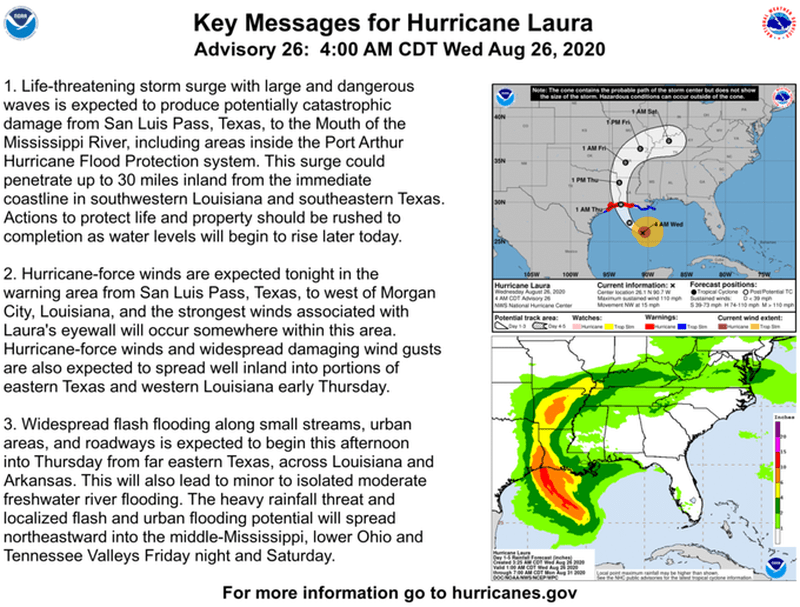 Tracking models show the storm posses the biggest threat to the US energy industry in decades. Offshore platforms have been evacuated, crude production slashed to levels not seen since 2005’s Hurricane Katrina, and refiners have cut operations.

Approximately 385,000 Texans and 200,000 Louisiana residents have been under mandatory evacuation orders this week as Laura approaches Gulf of the US.