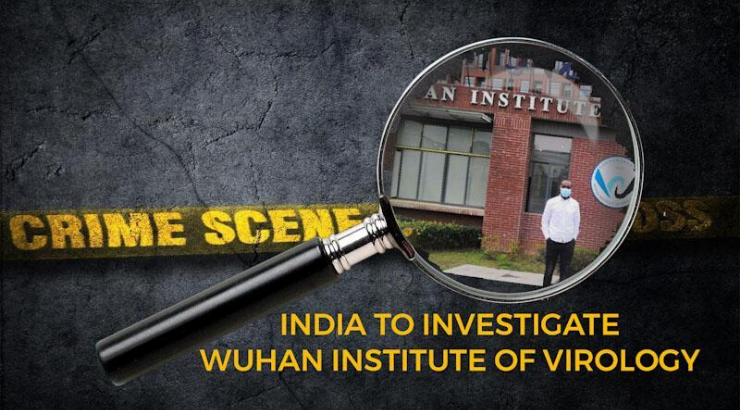 It appears that around the time we suggested someone reach out to the Wuhan Institute of Virology to get some answers about the origin of the deadly Coronavirus epidemic (which Twitter decided was sufficient to get us barred from the platform), India was doing just that.

According to The Hindu and Great Game India, after Indian scientists were forced to withdraw their study concluding Coronavirus was injected with HIV AIDS virus amidst massive online criticism from Social Media experts, now Indian authorities have launched an investigation against China’s Wuhan Institute of Virology.

The Indian government has ordered an inquiry into a study conducted in the Northeastern state of Nagaland (close to China) by researchers from the U.S., China and India on bats and humans carrying antibodies to deadly viruses like Ebola, officials confirmed to The Hindu. 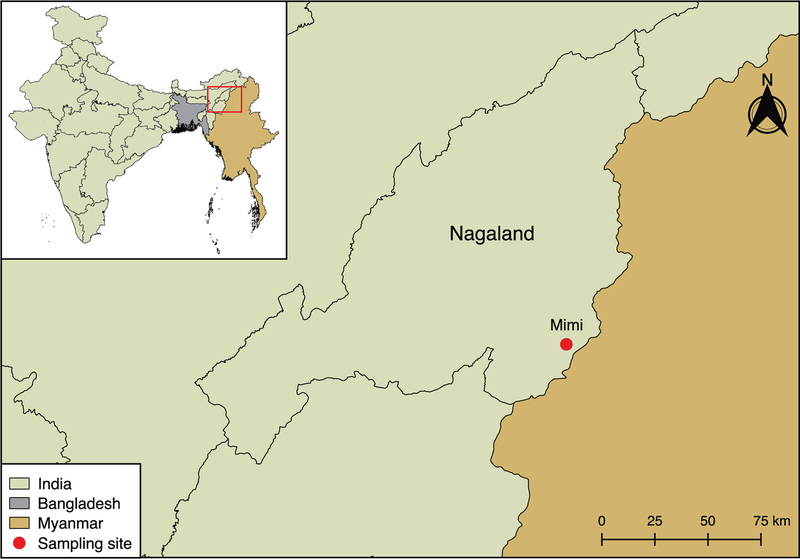 The study came under the scanner as two of the 12 researchers belonged to the Wuhan Institute of Virology’s Department of Emerging Infectious Diseases, and it was funded by the United States Department of Defense’s Defense Threat Reduction Agency (DTRA). They would have required special permissions as foreign entities.

The study, conducted by scientists of the Tata Institute of Fundamental Research, the National Centre for Biological Sciences (NCBS), the Wuhan Institute of Virology, the Uniformed Services University of the Health Sciences in the U.S. and the Duke-National University in Singapore, is now being investigated for how the scientists were allowed to access live samples of bats and bat hunters (humans) without due permissions.

The results of the study were published in October last year in the PLOS Neglected Tropical Diseases journal, originally established by the Bill and Melinda Gates Foundation.

Bill Gates, the man who tops the Forbes richest person in the world list had issued a grave warning about a potential Coronavirus-like catastrophe that could kill 30 million people at the Munich Security Conference held in Germany in 2017:

“Whether it occurs by a quirk of nature or at the hand of a terrorist, epidemiologists say a fast-moving airborne pathogen could kill more than 30 million people in less than a year. And they say there is a reasonable probability the world will experience such an outbreak in the next 10 to 15 years.”

“The Indian Council of Medical Research (ICMR) sent a five-member committee to investigate. The inquiry is complete, and a report has been submitted to the Health Ministry,” a senior government official told The Hindu. 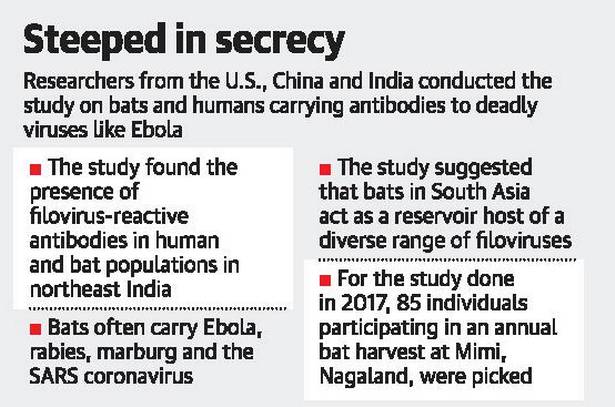 The U.S. Embassy and the Union Health Ministry declined to comment on the inquiry. In a written reply to questions from The Hindu, the U.S. Centre for Disease Control (CDC) in Atlanta said it “did not commission this study and had not received any enquiries [from the Indian government] on it.” An American official, however, suggested that the U.S. Department of Defense might not have coordinated the study through the CDC.

It adds: “Ebola has posed a global health threat several times, most notably from 2013 to 2016. It is a deadly disease, with a fatality rate of roughly 50 percent.” Now, according to health officials, 2019-nCoV, too, has acquired the ability to pass between people and can do so before symptoms appear.

The Nagaland study suggests bats in South Asia act as a reservoir host of a diverse range of filoviruses, and filovirus spillover occurs through human exposure to these bats. For the study done in 2017, 85 individuals participating in an annual bat harvest at Mimi, Nagaland, were picked. The majority of bat hunters were male, aged between 18 and 50, and participated at least eleven times in the harvest. The study says the potential virus present in the bats may not be an exact copy of the virus responsible for various outbreaks.

Given the widespread challenges from the newly discovered viruses, officials say they want to take no chance on their spread and will take action to ensure all medical studies in the country adhere to strict norms.

Indian military believes that the U.S. Center for Disease Control in Atlanta was involved in the 1994 plague in the Indian city of Surat which killed 52 people and close to a quarter of the city’s citizens fled the area for fear of being quarantined. Even the origin of 1994 plague is mired in controversy to this day.

R. Prasannan, the New Delhi Bureau Chief of The Week magazine, in his piece questioning whether Coronavirus was created in a lab wrote,

During the 1994 plague outbreak in Surat and Beed, it was found that the germs had an extra protein ring which could only have been inserted artificially. Indian scientists had raised concerns about a US biowar experiment having gone awry. THE WEEK had carried reports giving details of germ war reseach being carried on in labs under the Centre for Disease Control in Atlanta and about a newly developed germ detector being tested. The US embassy had denied the allegations. There were also reports that the Surat germ could have been developed in a lab in Almaty, Kazakhstan.

Mr. Prasannan is one of many experts from different fields who have raised doubts over the narrative being paddled by certain sections of the media. Among them is American Senator Tom Cotton who questioned mainstream media’s narrative on the origin of 2019 Wuhan Coronavirus, instead hinting that a biosafety laboratory in Wuhan working with the deadliest pathogens in the world could be the true source.

Even Dr. Francis Boyle who drafted the Biological Weapons Act in an explosive  interview said that the 2019 Wuhan Coronavirus is an offensive Biological Warfare Weapon and that the World Health Organization (WHO) already knows about it.