Indiana Officials Expose Evidence of Electoral Hacking by the DHS 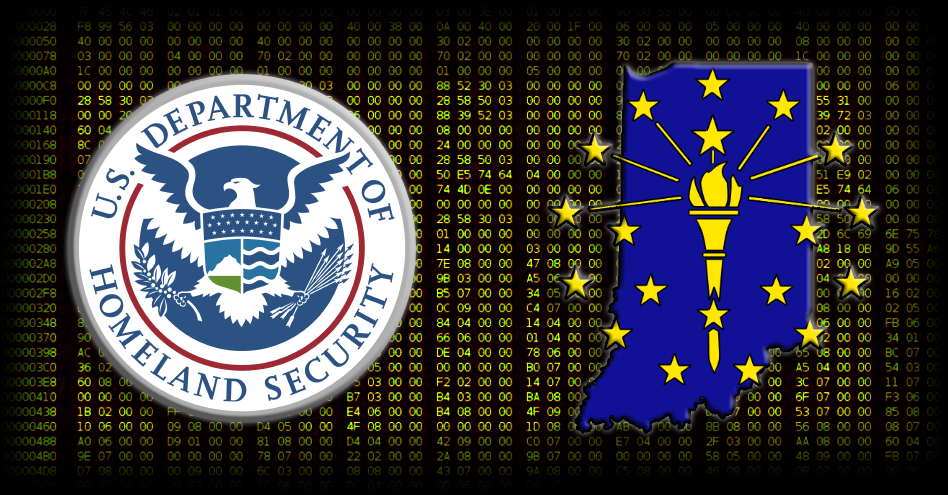 According to a report published by the Daily Caller News Foundation Investigative Group, the Department of Homeland Security, under the Obama administration, attempted to hack the Indiana State electoral system nearly 15,000 times. The news comes in the wake of months of post-election talk the Russians helped Donald Trump get elected, thwarting any chance of Hillary Clinton to win in November of 2016.

Yet even with the bipartisan parade of politicians, including former president Barack H. Obama, Lindsey Graham, John McCain, and others, the American people have not been presented one shred of evidence to suggest the Russians attempted to meddle with the elections. Free thinkers everywhere are scratching their heads, and asking themselves if they’re supposed to believe the so-called leaders in Washington, without being presented with any proof the Kremlin had anything to do with Clinton’s loss.

The bully in Washington may have used his executive powers to go after states such as Indiana, that “resisted then-President Barack Obama’s attempt to increase federal involvement in state and local election systems by designating them as ‘critical infrastructure’ for national security,” writes DCNF’s Richard Pollack. To better describe the hacking attempt, Pollack described it as a “scanning assault.”

Apparently, the National Association of Secretaries of State (NASS) aren’t too happy about the intrusive big-brother cyber attacks by the Feds, and are calling on Trump to overturn the measures put in place by his predecessor to increase federal involvement in their election systems. Once again, the states are pushing back against executive overreach by a president who is no longer in office, which may serve to demonstrate just how long-lasting Obama’s rule-based, executive order leadership actually is.

Seemingly miffed by the IT intrusion is Indiana Secretary of State Connie Lawson, who also serves as president of NASS. She told Pollack, “we know that between November 1 and December 16, we were scanned with about 14,800 scans, nearly 15,000 different times,” an action which was traced back to a Department of Homeland Security computer’s IP address, which was the same system used to hack into Georgia’s electoral system as well, making it the second time the federal government has been implicated in attempting to hack into state election systems. She points the finger squarely at the Obama administration’s DHS, saying she believed the scans were possibly retaliatory since the state chose not to allow DHS to get their hands on Indiana’s electoral infrastructure. “We declined their assistance,” she said but added, “our voter registration system was not penetrated.”

Lawson points the finger squarely at the Obama administration’s DHS, saying she believed the scans were possibly retaliatory since the state chose not to allow DHS to get their hands on Indiana’s electoral infrastructure. “We declined their assistance,” she said but added, “our voter registration system was not penetrated.”

Pollack spoke with James Scott, a cyber security specialist and senior fellow at the Institute for Critical Infrastructure Technology. Scott said, “censorship has always been an issue in the brick-and-mortar world. So, censorship in the digital landscape is simply just transference of methods…I think within federal agencies it is possible to imagine that there are some overreaching aggressive managers.” But Scott’s words seem to downplay the intrusion with has now been discovered twice in Red states.

In terms of proof, the only evidence presented, which indicates the Election of 2016 was tampered with, is coming from sovereign states, two of whom are now pointing the finger at the Obama administration’s DHS, for attempting to hack their own state’s system. It must be plainly stated. Factually speaking, the Department of Homeland Security has twice been implicated in election hacking, not the Russians.

At this point in the discussion, and debate about Russian hacking, still not one iota of evidence has pointed a finger at Russia. All the while, Americans are being force-fed a steady stream of mainstream media reports the Russians meddled in the election. However, many Americans, as The Free Thought Project has faithfully reported, are no longer blindly consuming the state-run media’s reports.

There were no weapons of mass destruction in Iraq. Benghazi wasn’t the result of a spontaneous demonstration against an anti-Islam film. And no, not yet do we believe the Russians hacked the Election of 2016, although two reports indicate our own federal government most certainly did. Ironically, DHS has yet to comment on the accusations coming from Georgia and Indiana, a notable silence which appears to be deafening.

This article was originally seen on TheDailySheeple.com and was authored by Jack Burns