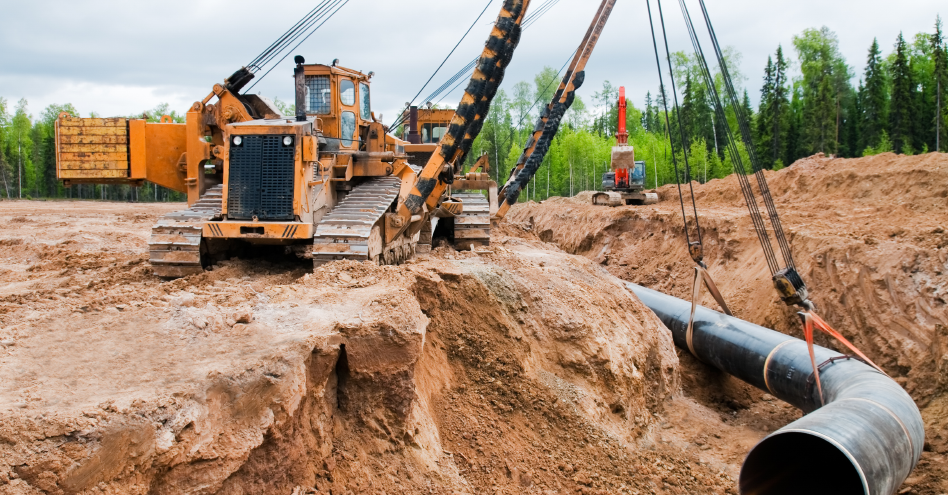 As protesters at the site of the Dakota Access Pipeline make their last stand against police crackdowns ordered by North Dakota’s governor to evacuate their campsites, protesters in Florida are also continuing their fight against another contentious pipeline.

Two protesters, Nicolas Segal-Wright, 26, and Karrie Kay Ford, 29, were arrested Wednesday after placing themselves 250-feet into a segment of the Sabal Trail Transmission pipeline, a joint project between Spectra Energy Corp., NextEra Energy Inc., and Duke Energy. According to ClickOrlando, a local Florida outlet, Marion County Sheriff’s office said Segal-Wright and Ford used a “device to lock each other up making it harder for law enforcement to get to them.”

“We’re staying here,” Ford said in a video recorded from inside the pipeline. “We are locking down. We’re not going anywhere.”

Ford claimed police aggressively attempted to remove her from the pipeline. “They’re banging on the pipeline with hammers,” she said in her video. “And they’re sending dogs to the entrance of the pipeline, threatening to send the dogs in. They’re threatening with tear gas. So just hold tight and, like, spread the word. Spread the word far and wide. And keep supporting us, and we’ll see if we can get you updates.”

Though the pipeline companies in charge of the Sabal Trail Transmission pipeline tout the project, claiming it will provide ample energy and economic benefits to the region, the 515-mile pipeline has faced previous protests over environmental concerns. According to the Ocala Star Banner, “the pipeline is a 515-mile, $3.2 billion endeavor that will snake through Alabama, Georgia and much of Florida, including through Marion County, while crossing 699 bodies of water along the way.” The Banner reports that at one time, “Officials with the Federal Energy Regulatory Commission once shared concerns over the pipeline’s effect on the environment and karst terrain, but later flipped and approved it.”

Surrounding communities have also complained of the pipeline companies’ use of eminent domain to obtain property for the pipeline. Spectra Energy Corp., NextEra Energy Inc. (owner of FPL) and Duke Energy filed 160 lawsuits last year in attempts to seize 25 properties in Central Florida and 135 in Southeast Florida. The pipeline has also been criticized for Governor Rick Scott’s 2013 passage of two bills apparently intended to speed up the pipeline, a move considered suspicious because the governor had a stake in Spectra Energy when he approved the laws.

Though opposition to the Sabal pipeline has not received as much media attention as Dakota Access protests, there is still palpable opposition, like Ford and Segal-Wright’s demonstration Wednesday.

After refusing deputies’ requests to exit the pipeline, Marion County Fire Rescue was called to remove them. Nicolas was removed first, and Ford warned in her video that rescuers were coming for her next. She said she had “created a blockade of all our stuff so they are going to have to go through all our stuff to get to me.”

Nevertheless, she was eventually removed, and both were issued “three felony charges including grand theft for delaying the construction on the pipeline, trespassing on a posted construction site and criminal mischief. Ford is also charged with resisting without violence for refusing to unlock herself, preventing deputies from taking her into custody, according to the Sheriff’s Office,” ClickOrlando reported.

Ford was also previously arrested, along with 13 others, for protesting the pipeline in November. In the same vein, multiple protesters were arrested Wednesday in North Dakota as they peacefully resisted police encroachments on their camps.

This article first appeared on TheAntiMedia.org and was authored by Carey Wedler