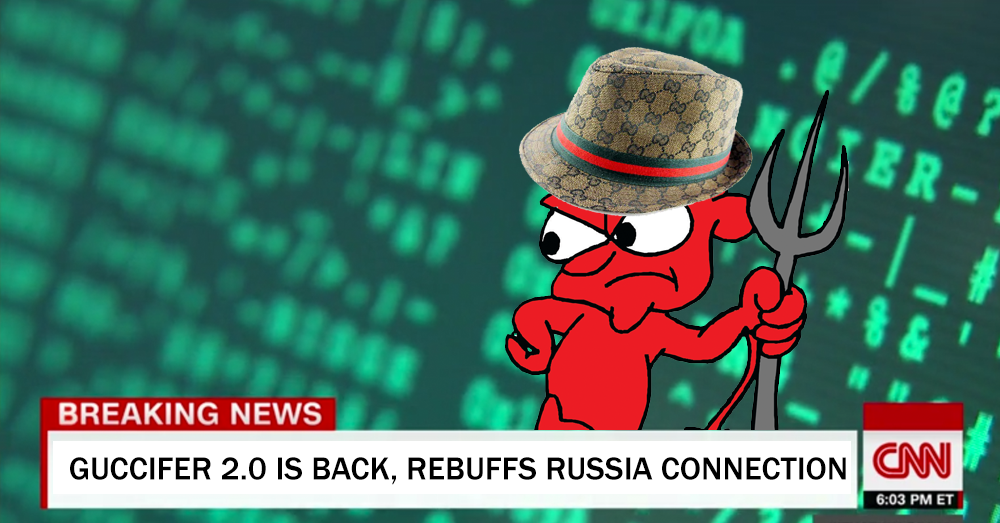 Guccifer 2.0 is back, and he has a message for the U.S. government.The infamous hacker reappeared on Thursday with a post on his WordPress blog.

Last summer, Guccifer 2.0 first made headlines when he started posting hacked data from the DNC, DCCC on June 15, 2016. He exposed financial DNC documents that showed that the Obama administration was up for sale.

[RELATED: What You Need To Know About The Guccifer 2.0 Hillary Clinton Hack]

Guccifer 2.0 has previously aggressively denied that he has any ties to Russia and has claimed to be a lone-wolf hacker.

“I really hope you’ve missed me a lot.” Guccifer said in the blog post. “Though I see they didn’t let you forget my name. The U.S. intelligence agencies have published several reports of late claiming I have ties with Russia.”

Guccifer said he wanted to “make it clear” that these accusations are unfounded.

“I have totally no relation to the Russian government,” Guccifer wrote. “I’d like to tell you once again I was acting in accordance with my personal political views and beliefs.”

He bashed the U.S. intelligence agencies evidence calling it a “crude fake.”

“The technical evidence contained in the reports doesn’t stand up to scrutiny,” Guccifer wrote.

He then added that, “any IT professional can see that a malware sample mentioned in the Joint Analysis Report was taken from the web and was commonly available. A lot of hackers use it. I think it was inserted in the report to make it look a bit more plausible.”

Guccifer then re-explained that he did not use malware to gain access to the server, but instead used a vulnerability in the DNC’s server of the NGP VAN software—otherwise known as a program used for organizing fundraising and digital campaigns, according to NGP VAN’s website.

Guccifer’s story indeed does check out, and it is plausible that he gained access to the DNC’s NGP VAN software as he claims.

“I already explained at The Future of Cyber Security Europe conference that took place in London in last September, I had used a different way to breach into the DNC network,” Guccifer wrote. “I found a vulnerability in the NGP VAN software installed in the DNC system.”

Guccifer then claimed that it was obvious that various intelligence agencies were “deliberately falsifying evidence.”

“They’re playing into the hands of the Democrats who are trying to blame foreign actors for their failure,” He wrote.

Guccifer then noted that there is only one week left for Obama in office, and that he said he believed that there would be more “fakes” during this short time frame.

“The Obama administration has a week left in office and I believe we’ll see some more fakes during this period,” Guccifer wrote.

Is Guccifer 2.0 planning for further hacks or releases?